The Outer Worlds’ Companions May Abandon You, Players Can Kill Important Characters 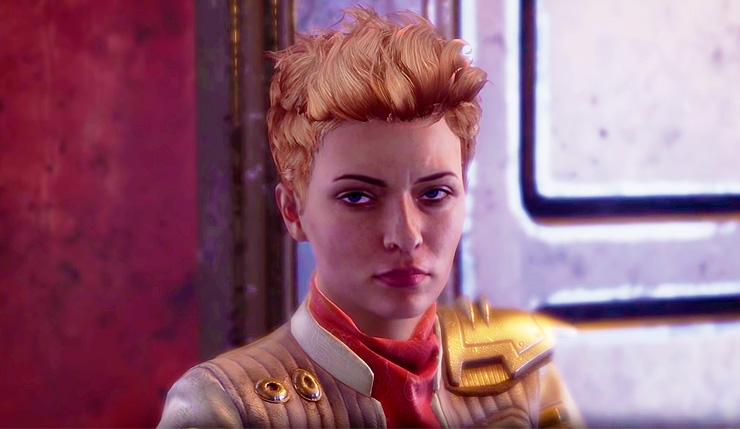 Last week at The Game Awards Obsidian Entertainment announced The Outer Worlds, a Fallout successor from that series’ co-creators Tim Cain and Leonard Boyarsky. The game looks very promising, but fans, understandably, still have a lot of questions – thankfully, The Outer Worlds narrative designer Kathryn Megan Starks cleared some of them up in an interview with RPG Site.

The Outer World will provide players with a series of AI-controlled companions, but how complex will they be? It sounds like they may have a bit more depth than Fallout 4’s sidekicks...

“We want [The Outer World's] companions to really emphasize that they have stakes that are important to them. They'll ask you to help out on their quests and they'll speak out against you if they don't support what you're doing, we want their motivations and goals to always be at the center of their character.”

Starks confirmed on Twitter that companions may even abandon you if you make choices they don’t like.

Sorry if my answer was confusing. Just to clarify - there are some things you can do that will make a companion leave you, personal to that companion.

Some fans have also questioned how open The Outer Worlds will be. Can we expect a full open world, or a more structured RPG experience? Sounds like we’ll be getting something in between.

“I think it's a bit of a mix. We wanted to provide a focused single-player story experience while leaving options open to explore the different environments. Once you get your ship, you'll have a lot of options to explore specific locations, with more opening up as you finish quests or purchase new passes in-game.”

Even if The Outer Worlds is going with a more focused approach, you’ll still have plenty of opportunity to affect the world, including the ability to kill pretty much anybody you want.

“As a designer, I'm always tempted to just have it made so that you can't kill this person or that person! But we have a philosophy where we feel like it makes for a better gameplay experience to allow the player to do these sorts of things. You can even kill the scientist if you want.”

Elsewhere in the interview Starks also confirms The Outer Worlds won’t have any microtransactions, but that some sort of DLC is likely in the works. I like what I’m hearing! Sounds like Obsidian is really focusing in on character and story, which is what they do best – hopefully their ambition pays off!