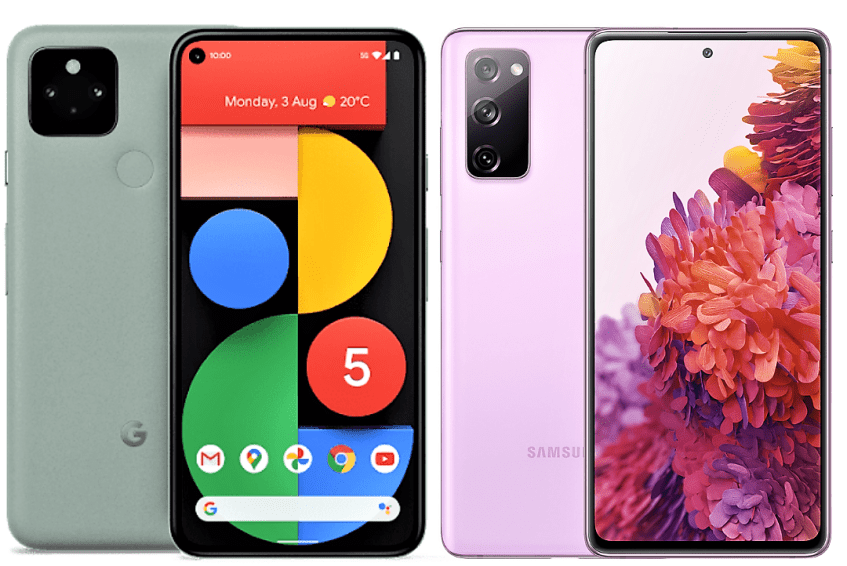 The last few months have been interesting as far as the phone release is concerned. Google finally released the Pixel 4a 5G and Pixel 5, and just before Google, Samsung came out with the Galaxy S20 Fan Edition or commonly known as the Galaxy S20 FE. Needless to say, both these releases feel a bit out of place, but Samsung has committed to releasing more Fan Edition devices in the future, and Google is simply following their release pattern.

With that said, both devices cost $699, which is considered mid-range in the modern-day and age and while you might make a decision based on just the price if you want to have more phone for the price you are paying, the Galaxy S20 Fan Edition makes more sense than you might think.

Now you could easily tell me that Pixel 5 is a better phone because of how it is constructed, but the phone's construction alone is not going to win it any prizes. The Galaxy S20 Fan Edition is inherently more superior in every single way and we are going to tell you how.

Simply put, if you compare the two phones side by side as far as the specs are concerned, you will figure out that the S20 FE has better specs as compared to the Pixel 5, and that is not something you will have to read between the lines to figure out.

True, the Pixel 5 does offer more RAM at 8 gigs as opposed to 6 gigs on the base model of S20 FE, but when was the last time you ran out of RAM on your phone? Exactly, I cannot remember either.

The Display is Superior on the Galaxy S20 Fan Edition

When you are talking about the display on Samsung phones, they are generally better. However, both phones are using an OLED panel with FHD+ resolution. However, the one on the S20 FE is better because you are getting that 120Hz sweetness coupled with larger screen size.

Now, some might try to sway you away by telling you that just a small bump in refresh doesn't matter, but it really does. True, once you start going beyond 120Hz, things start to become a bit less convincing, but anything below that, and you are going to start using the experience.

Are More Colour Options Your Thing?

Google has decided to keep things safe when it comes to the colour offers by making sure that Pixel 5 is available in Just Black and Sorta Sage colour options. The black looks good, and the sage colour looks kinda boring.

Now I understand that this part is entirely subjective but even from a subjective standpoint, it does not take a genius to take a guess that the Galaxy S20 FE offers more option.

Which One Should I Buy?

if you compare both devices for the price alone, the Galaxy S20 Fan Edition just offers a lot of phone for the price. However, that is not to say that Pixel 5 is a bad phone. It offers wireless charging that the S20 FE doesn't, and the aluminium unibody is inherently stronger than the polycarbonate back.

However, we suppose you are not the type of user who would be changing their phone next year when the new line of Samsung phones or some other options drop by, and by that definition, the Galaxy S20 FE makes a lot of sense as it is going to age better thanks to a faster chip under the hood and therefore, our pick is the Galaxy S20 FE.