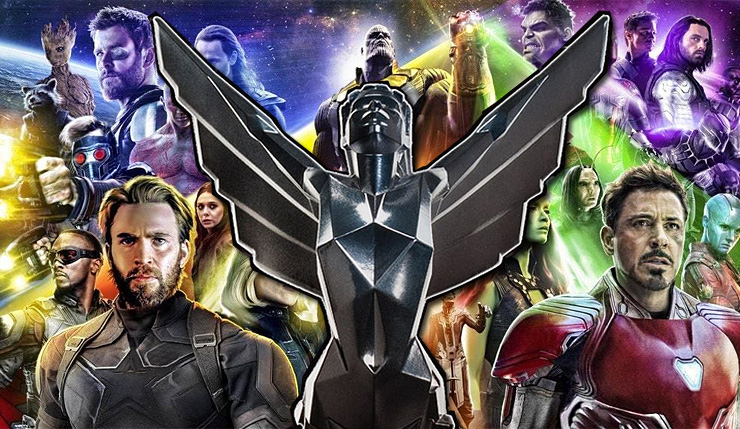 The Game Awards 2018 have revealed their nominees, but what can we expect to happen between the award announcements? We already know Obsidian Entertainment will be revealing something big, and now some of the show’s presenters have been announced by showrunner Geoff Keighley.

As you’d expect, the presenters are a bit of a mix – you have your popular streamers like Ninja and Pokimane, and random celebs they were able to get like Christoph Waltz and, uh, Pepé the King Prawn, but there are also some names that may hint at something more. Avengers movie directors the Russo Brothers will be there – could Square Enix be showing off their mysterious Avengers project? Stranger Things creators the Duffer Brothers and the unpredictable Josef Fares (A Way Out) will also be at the show.

Update: Both Xbox boss Phil Spencer and Sony Interactive Entertainment head Shawn Layden will be presenting at the show. Nintendo has also confirmed they’ll be involved in some capacity. Here are The Game Awards 2018 presenters that have been revealed so far:

Excited to have @ShawnLayden from @playstation with us tomorrow night for video game's biggest night #TheGameAwards Don't miss the livestream starting at 8:30 PM ET / 5:30 PM PT at https://t.co/JhGKODahXK pic.twitter.com/nNuL13xh4L

#TheGameAwards are almost here! Make sure you tune in tomorrow night at 5:30pm PT to watch it all live before the launch of Super #SmashBrosUltimate!https://t.co/gZdCzcdHch pic.twitter.com/43AAaq3ybj

We are excited to welcome Joe and Anthony Russo (@Russo_Brothers) directors of Avengers, to the #TheGameAwards next week. Don't miss the stream live everywhere around the world on Thursday night. #WorldsWillChange pic.twitter.com/8Trh0rszcJ

Next week is going to be a WILD time. Don't miss it when @SpicyPrawn joins us live at video game's biggest night #TheGameAwards streaming on Thursday night. pic.twitter.com/4qiQzWIMqx

Don't miss @Jack_Septic_Eye next Thursday when he presents live at #TheGameAwards streaming live around the world on more than 45 platforms. pic.twitter.com/qcddr2Wo5W

He's a nominee for Content Creator of the Year, and we're also happy to welcome @Ninja as a presenter at @thegameawards next Thursday night, streaming live everywhere. pic.twitter.com/fStvHty2MU

We're excited to welcome @pokimanelol to #TheGameAwards stage this year as a presenter! pic.twitter.com/Ev4LKBvV1V

He's a nominee and yes, he will be back on stage again this year. Don't miss the return of @josef_fares next Thursday night during #TheGameAwards pic.twitter.com/ZCdY6AoGqN

Get ready for @aishatyler live with us at #TheGameAwards next Thursday night, streaming everywhere! pic.twitter.com/WNwAWCnHqI

It's a great honor to welcome @Stranger_Things creators Matt and Ross Duffer to #TheGameAwards as presenters for our show, which streams live next Thursday night at https://t.co/JhGKOCSGza pic.twitter.com/K7EgCgfNl9

Who else are you expecting to see at the show? I’d say Hideo Kojima is pretty much a lock as he and Kieghley seem to be pretty good buddies, and hopefully Reggie Fils-Aime shows up with some new Nintendo goodness.

The Game Awards 2018 emanate live from the Microsoft Theater in LA on December 6.