Obsidian will unveil their RPG project at The Game Awards 2018 in about a week from today. The Californian company started teasing its fans with the following tweet.

Once you head over to the official Obsidian website, you'll be greeted by the following self-explanatory message. 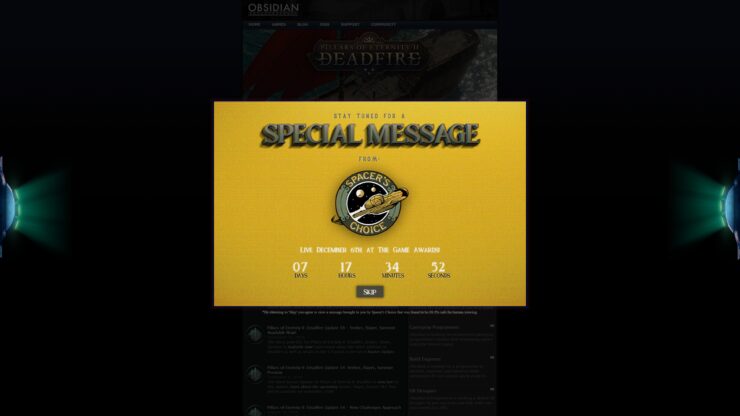 Skipping this message only brings up a new tease by the so-called Spacer's Choice company. 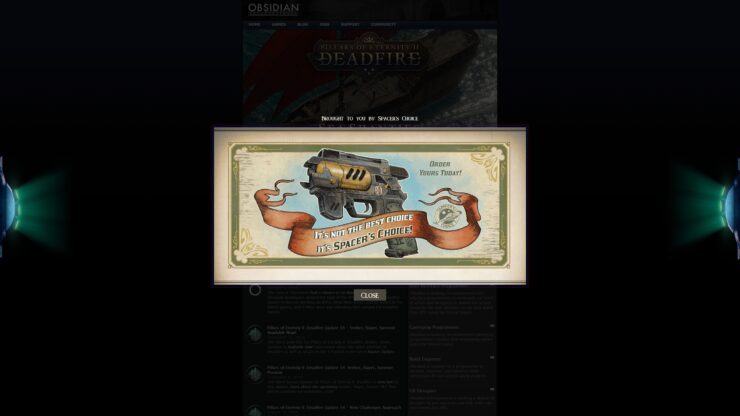 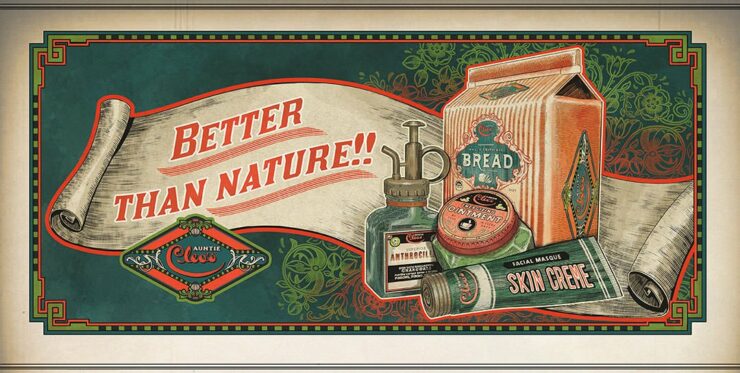 In case there were any doubts left, Geoff Keighley, the creator and host of The Game Awards event, announced the global premiere reveal via Twitter.

It's also interesting to note that he mentioned Private Division. As you might recall, this RPG project was originally announced last year with Private Division, a new label created by Take-Two, as the publisher. However, with Obsidian having recently been acquired by Microsoft, there were doubts on whether Private Division would still act as the publisher for this game. Apparently, that should be the case.

Don't miss the global premiere and announcement of the upcoming RPG by @Obsidian and @PrivateDivision at @TheGameAwards streaming live everywhere next Thursday, December 6 at 9 PM ET / 6 PM PT. #WorldsWillChange pic.twitter.com/LjW8GmdwcB

As to the game itself, we don't have too much to go on at the moment. The development team is led by Tim Cain and Leonard Boyarsky, two veterans who worked on the original Fallout game before going on to work on other major RPGs such as Vampire: The Masquerade - Bloodlines, among others.

The developers also clarified that there won't be any microtransactions after fans were worried because of Take-Two's history with microtransactions in games like NBA 2K. Other than that, they have only said it will be a game Obsidian fans should enjoy given the presence of their trademark humor and reactive worlds.

Lastly, its title could be The Outer Worlds. Obsidian filed this trademark in early 2018 and it certainly fits the sort of retro sci-fi aesthetic seen in the few images teased right above.