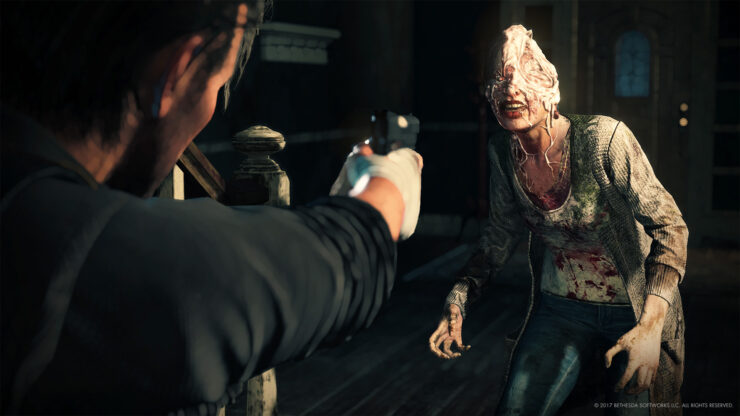 The Evil Within 2, sequel to 2014's survival horror game by Shinji Mikami, is due for release on October 13th for PC, PlayStation 4 and Xbox One.

The game is still being developed by Tango Gameworks, but veteran game designer Shinji Mikami is producing this time around while directing duties have been taken over by John Johanas. As you would expect for a game that's close to being launched, The Evil Within 2 was showcased at Gamescom 2017 and earlier today, three videos were leaked on Streamable.

The footage quality is sub-HD, but the videos are still useful to get a solid idea on how this sequel will play once it's released. Check them below.

The Evil Within 2 begins with former detective Sebastian Castellanos receiving a lead from his former partner Juli Kidman, who tells him that his supposedly dead daughter is actually still alive.
Castellanos then leaves on a dangerous journey to try and find her while there's still time. From a gameplay standpoint, maps have been confirmed to be far larger to encourage exploration; there are even some side quests to be found. Stealth and combat are two equally viable options, too, when it comes to dealing with the hideous monsters Castellanos will find on his path.
Are you planning to buy the game? Let us know in the comments.
Share Tweet Submit