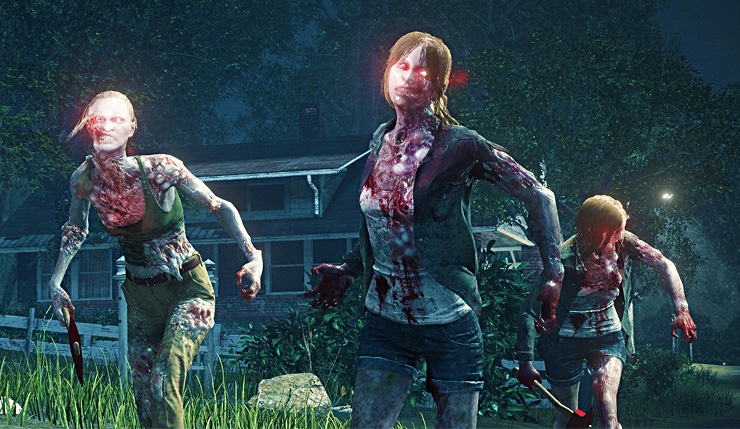 The Evil Within 2 already has a couple of limited first-person segments, and some clever fans managed to find a way to extend first-person mode to the entire game. Rather than shut this trick down, the game’s developers decided to make it an official feature. Producer Shinsaku Ohara discussed the process of turning The Evil Within 2 into a first-person game:

“We experimented a bit with first-person in the original game, but it was more of an afterthought and a little bit of playing around on our side, since we designed the game in third-person. Some savvy users figured out a way to activate this mode outside of its intended area, and the reaction to it was pretty positive, so we said, ‘What the heck. Let’s put it in as a bonus for all platforms.’ A lot of players like playing horror games in first-person, so for those who want to see some of the game’s situations through Sebastian’s eyes, it’s a really neat experience.

The Evil Within 2 wasn’t designed as a first-person game, so it was pretty difficult. We like to think of it as a “high-level hack” so we don’t want people to compare this with Doom or anything like that. There were some scenes that just didn’t work, so it jumps back and forth a bit to third-person. But we made sure the game’s an enjoyable experience and hopefully people will enjoy playing in this mode.”

The Evil Within 2 can now be played in first-person on PC, Xbox One, and PS4, following a free update.