The Evil Within 2 To Launch This October; Reveal Trailer Released 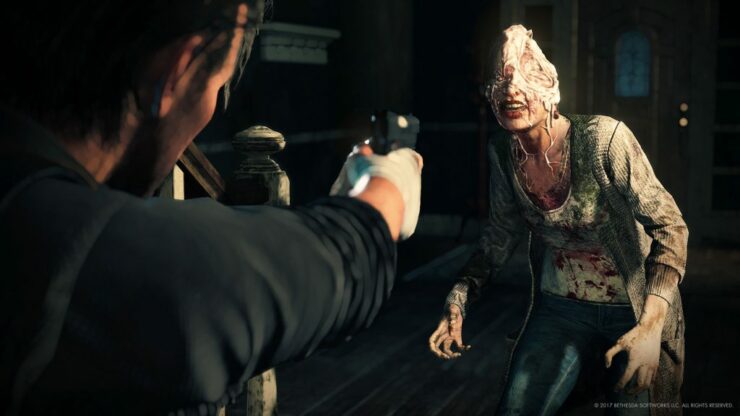 The Evil Within 2, the second entry in the series developed by Resident Evil series creator Shinji Mikami and his studio Tango Gameworks, will release this October in all regions, Bethesda confirmed during its E3 2017 press conference.

The upcoming survival-horror game, which promises to be even more disturbing than its predecessor, sees players take on the role of detective Sebastian Castellanos once again as he enters a world filled with nightmares to save his daughter.

You are Detective Sebastian Castellanos and at your lowest point. But when given a chance to save your daughter, you must enter a world filled with nightmares and discover the dark origins of a once-idyllic town to bring her back. Horrifying threats emerge from every corner as the world twists and warps around you. Will you face adversity head on with weapons and traps, or sneak through the shadows to survive? This is your one chance at redemption, and the only way out is in.

The Evil Within 2's announcement isn't exactly surprising, as the game has been leaked ahead of Bethesda's E3 2017 press conference by an ad shown on Reddit yesterday.

The Evil Within 2 launches on October 13th on PC, PlayStation 4 and Xbox One. We will keep you updated on the game as soon as more comes in on it, so stay tuned for all the latest news.