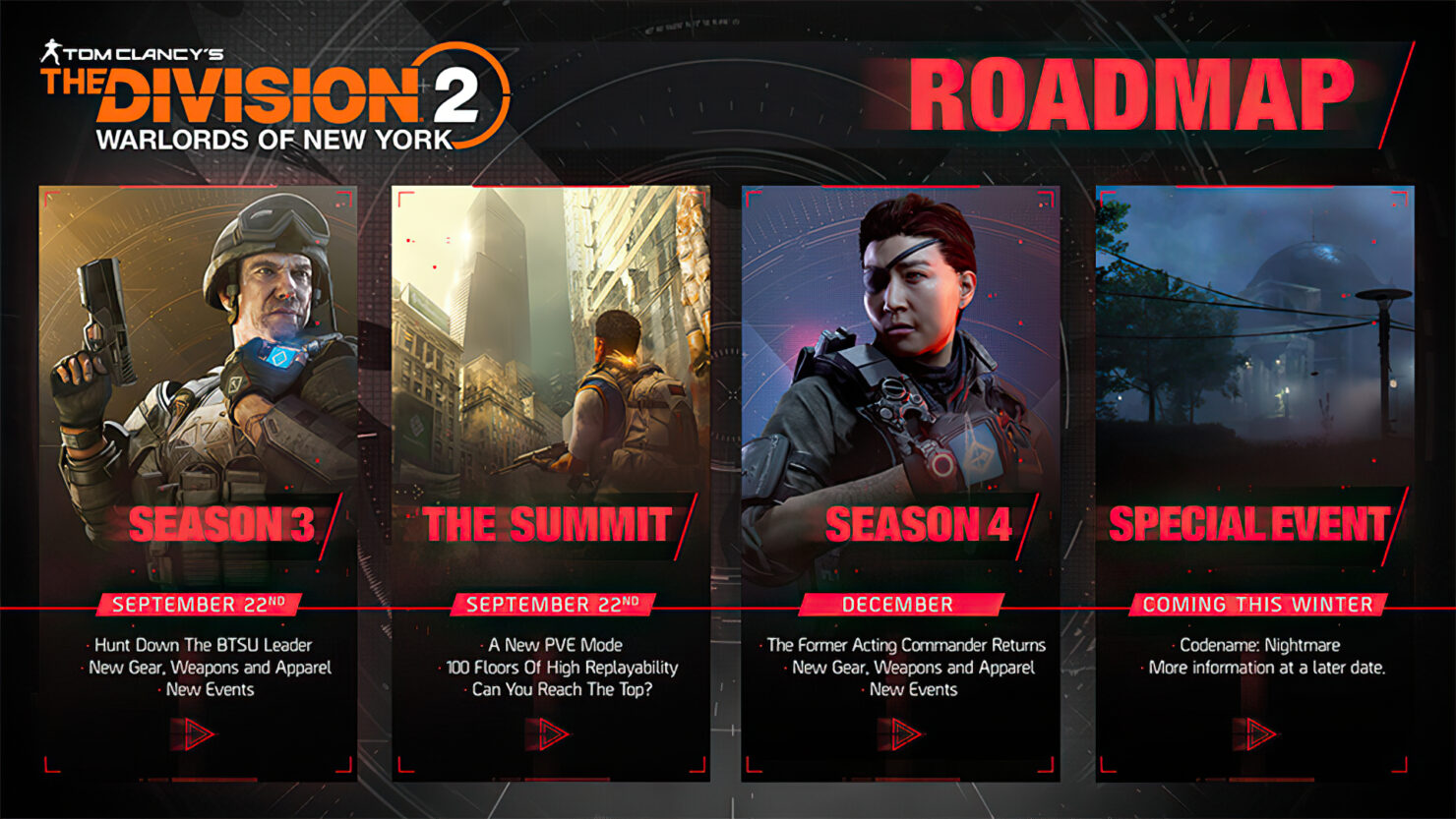 While it wasn't one of the center games at yesterday's Ubisoft Forward, The Division 2 still managed to get a few updates from the developers, starting with a preview trailer for the upcoming The Summit update.

Title Update 11 introduces a new highly replay-able PvE game mode (The Summit), as well as Season 3, Appearance Mods; a feature that allows for greater customization of your agents, new weapons & gear and Agnostic Mods; a change that will open up gear mod slots to mods of any color. Additionally, we will also have a fix to address ‘Rainbow Loot,’ which will give all gear drops a higher weighted chance for their first non-core attribute to match the same color as the item’s core.

Title Update 11 is set to release on September 22nd.

We are excited to present you with a new PvE Game Mode, The Summit!

Agents can take on the challenge of ascending a 100-story building where each floor aims to challenge your skill and resolve as an agent of The Division. The Summit is a highly replayable game mode intended to challenge all The Division agents, regardless of your preferred difficulty. The Summit will have you go up against all the factions of The Division 2 during your ascent, and mastering it will allow you to earn unique rewards including a new exotic introduced with TU11.

This mode is open to all players who have reached level 40 and have finished the Warlords of New York campaign.

Later this year there'll be a brand new Season as well as a currently classified 'Codename: Nightmare' special event, coming this Winter to The Division 2.

The Division 2 fans were certainly hoping to get proper enhancements like Rainbow Six Siege, but that won't be the case at least for now.

Continue your mission in the next generation. ➡️

We're excited to announce that The Division 2 will be playable on PlayStation 5, Xbox Series X and Xbox Series S thanks to backward compatibility! pic.twitter.com/F4ich0Fk9j