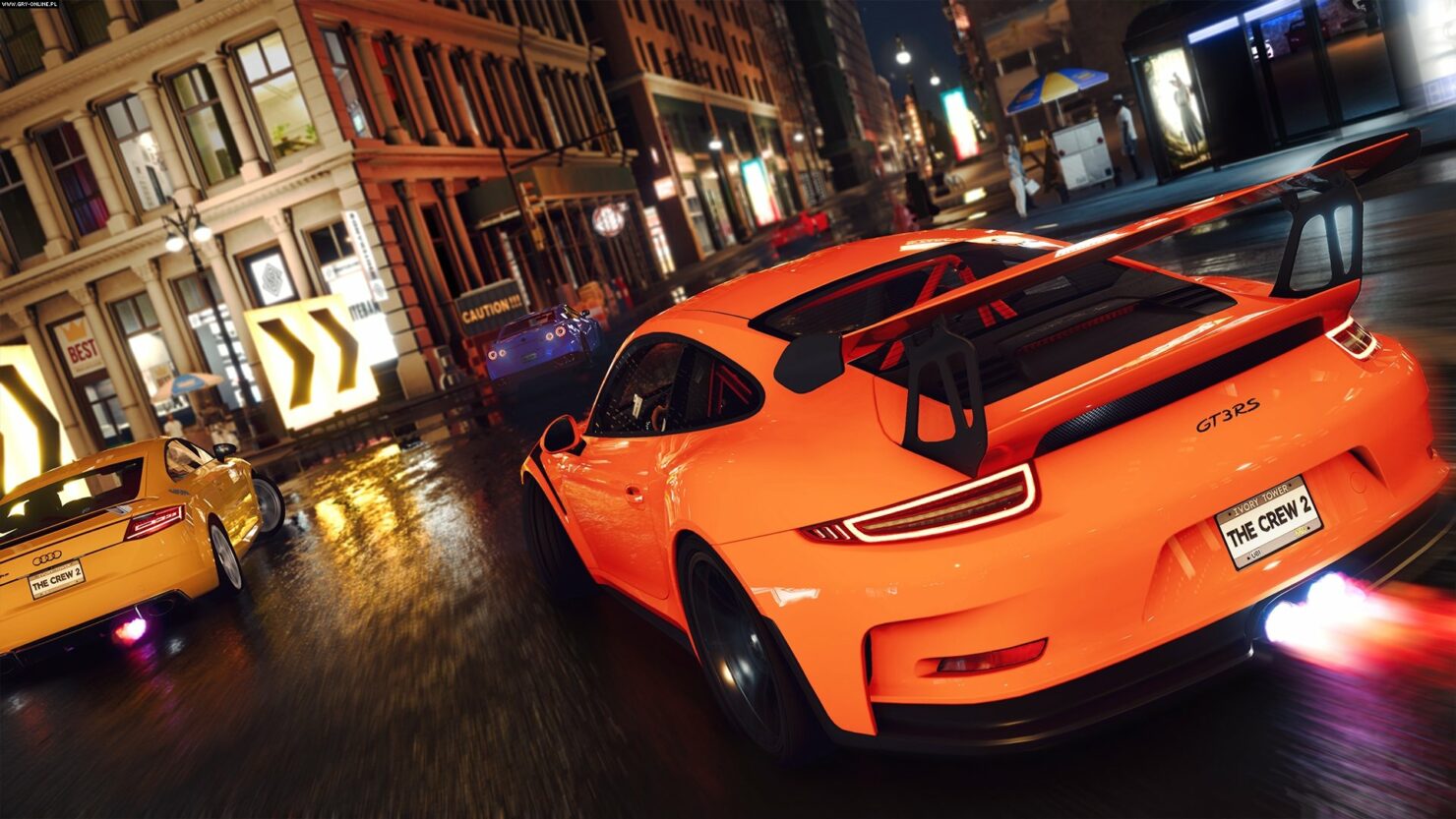 Ubisoft's racing game The Crew 2 is due to launch at the end of the month and the publisher shared a press release outlining the post-launch support planned for it.

The roadmap includes recurring free updates every three months, scheduled to add new disciplines, modes and features. The first one called 'Gator Rush' will launch in September and will let players enjoy a tropical cocktail of bouncy fun and wacky races on all kinds of surfaces and playgrounds, mastering a new and exotic discipline: the Hovercraft. This free update will also introduce five completely new vehicles to the line-up, as well as the new “Legendary” rarity level on performance parts that players will be able to collect in the game. In addition to major updates, two new vehicles will be added to the existing line up each month.

The second major free update for The Crew 2, which has already been confirmed to add a brand new PvP mode, is due to be released in December. A Season Pass (included with the Gold Edition and Motor Edition) is also going to be available for purchase from June 29th, the day of the game's release, with the following content: 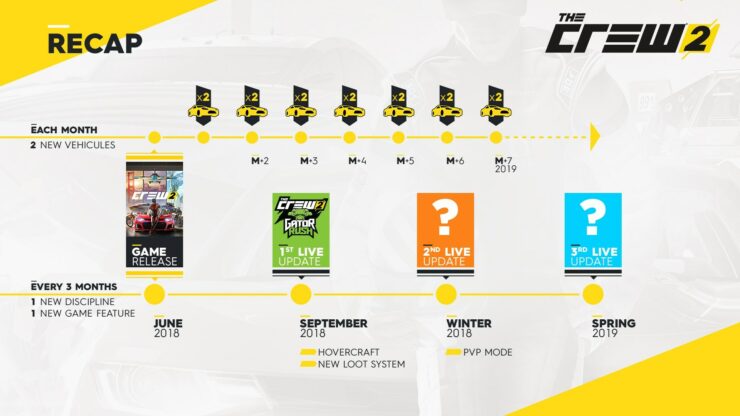 Continuous expansion and renewal has always been at the core of our vision for the franchise. For players, this means they will always find new activities and things to discover – or re-discover from another perspective.

The Crew 2 will launch on June 29th for PC, PlayStation 4 and Xbox One. You can pre-order it via Amazon.