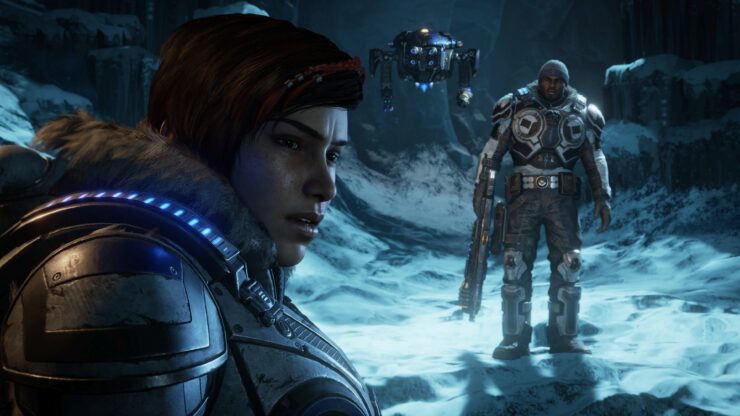 The Gears 5 community may be over the game's honeymoon period, at least when it comes to the multiplayer side with regards to the amount of content available, the grinding required and the prices of certain cash shop items.

The Coalition Head Rod Fergusson decided to address these widespread complaints via a series of messages on his Twitter account.

We’re learning as we go. This is a completely different economy from Gears 4 (removed Gear packs) so it will take a little time to work through any issues. Our first attempt is not our last and we will continue to evolve until we get it right.

The majority of content is free in Supply Drops (free for playing) and in the Tour of Duty (medals and objectives). This is waaaay more free content than Gears 4. And with quarterly Operations giving even more free content including maps and modes. Just getting started.

Fergusson also confirmed that popular characters like the Carmine siblings and Augustus Cole are coming soon to multiplayer modes, as the developers are currently balancing the respective skills and Ultimates.

Gears 5 launched on September 10th for PC and Xbox One to critical acclaim, including ours as you can read from Dave's review excerpt below. Microsoft said it has attracted over three million players during its opening weekend, doubling Gears of War 4 in that regard.

Gears 5 is excellent, albeit with a major narrative downfall. While the finale of the campaign definitely left a sour taste in my mouth, the game was so good that I want to keep playing the Horde and multiplayer modes just to get more Gears 5. The atmosphere and gameplay in the campaign were different to what I expected, in a good way, and I'm looking forward to where the series goes next and how this narrative finally finishes up in the sequel. Until then, this is the best Gears game in years, with an excellent multiplayer suite to back it up. Practically essential on Xbox One, and a great option for PC owners too.