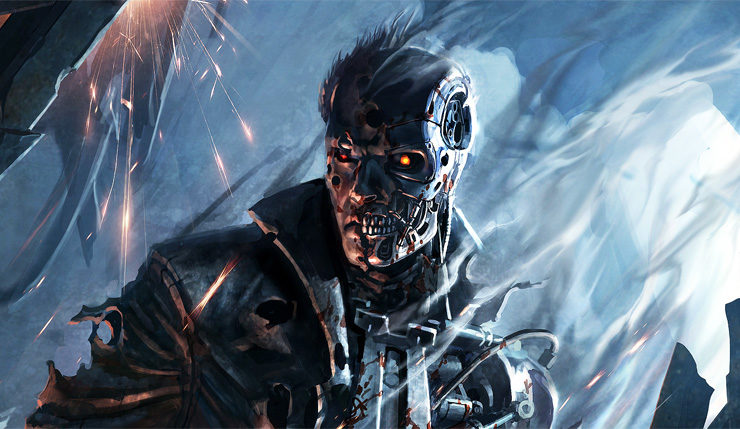 Surprise! The fight against Skynet resumes with Terminator: Resistance, a new single-player FPS coming to PC, Xbox One, and PS4 later this year. According to the game’s press release, Resistance specifically takes place 31 years after James Cameron’s original Terminator and T2: Judgement Day, which seems to be a slightly sneaky way of saying “We’re ignoring those later not-great Terminator movies and the timeline headaches they created.”

Terminator: Resistance is being developed by Polish studio Teyon, who mostly make mobile games. Their highest profile title to date was probably Rambo: The Video Game, which was pretty terrible. That said, Terminator: Resistance actually looks fairly decent in its first trailer. Check it out below and judge for yourself!

Ready to join the fight? Here’s the game’s official description:

Terminator: Resistance introduces a new hero, Jacob Rivers, a soldier in the Resistance Pacific Division. Despite the fact that Jacob is just a private, he’ll soon discover that he’s been targeted by the latest threat from Skynet and marked for termination! Skynet may be destined to lose this war, but at what cost to Jacob? Experience the events leading up to the decisive final battle, smash Skynet’s Defence Grid and help decide the fate of mankind in the war against the machines!

Terminator: Resistance marches onto PC, Xbox One, and PS4 on November 15 in Europe, and December 3 in North America. What do you think? I view pretty much anything Terminator-related with a skeptical eye these days, but I’m willing to give the game a chance.