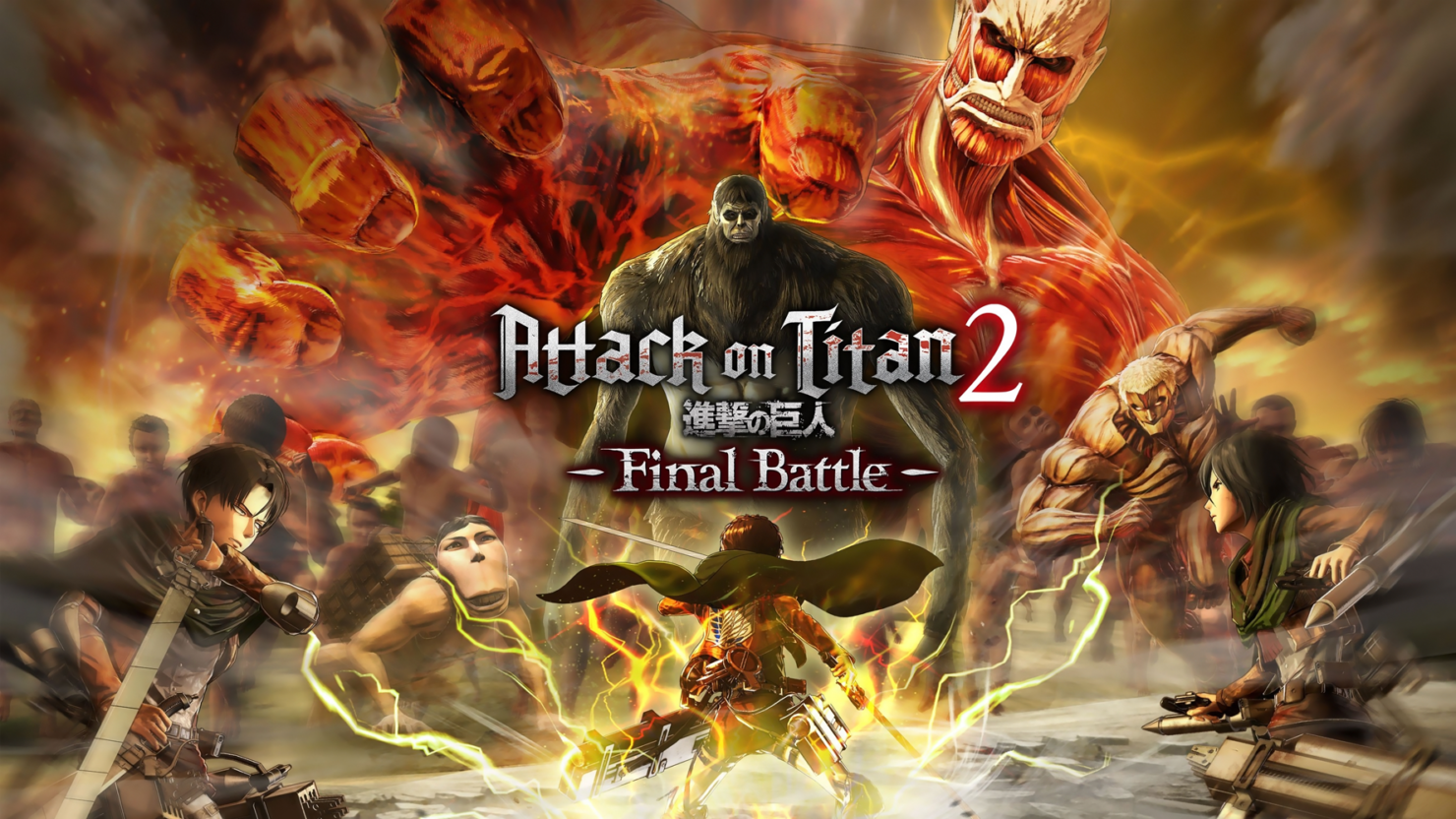 If there's one thing I can say about Attack on Titan, it's that the games got me watching the animé. In turn, that got me reading the manga in the whopping great omnibus form. All too often you don't see the excitement and, sometimes even complexity, of an animé correctly displayed when they're converted to game form. Developer Omega Force has managed to get this right with their Attack on Titan games and they've only made it better by expanding the second game with Attack on Titan 2: Final Battle.

Naturally, having followed and covered Attack on Titan and Attack on Titan 2, we were always going to jump at the chance for more titanic action. If you're familiar with Omega Force's other work, primarily the Dynasty Warriors series, you're not going to find yourself too surprised by what's featured in this expansion to Attack on Titan 2. Final Battle brings a fair bit of new content, including the storyline from the third season of the animé, something that hasn't actually finished yet.

So, let's not talk about the story but what is essentially a wide variety of content to have been included in the expansion. First, the game now contains the widest host of characters to be usable in the series, with a roster of over forty, including your own created character that lets you play through the events of the animé from the viewpoint of a random cadet who just so happens to be involved in every major event that affects humanity. Unlucky bugger never gets any R&R.

Naturally, being involved in essentially everything, you're going to need some new methods of combatting the Titans. Omega Force have you covered with a host of new weapons, including new ranged weapons (guns) for use against both the Titans and human enemies. Granted, you'll want to stick to the blades when fighting titans, they're more effective against their weak spots and fortunately there is a decent amount of variety here too.

What you should be most excited to use are the new super-weapons, which are essentially special limited-use weapons. The melee version of this is the Thunder Spear, which explodes upon impact when thrown, dealing immense damage and having the power to wipe out some of the smaller Titans. As for the ranged version, well what could have been a little pistol becomes a Gatling gun that will be more than happy to tear through any human or titan you put in front of it.

For the first time, Omega Force has also made the game a little easier for those, like me, who have the navigation skills of a blind, deaf and dumb coked-up bat. Now, while you're fighting there is control assistance, letting the game assist you in targeting and attacking the titans directly. I'd be absolutely useless with the omnidirectional mobility gear, so any assistance is handy.

So while the number of characters has increased, the real and top new feature is a game-changer for Attack on Titan. This is also where my mention of Omega Force's previous work comes into effect. The brand new feature and game mode in Attack on Titan 2: Final Battle is Territory Recovery Mode, where you can essentially play out your AoT fantasy and move out beyond the walls, reclaiming humanities lost land. Also, you can make your squad your own, with customisation options like name, emblem and more.

In this mode you'll find yourself branching out from a base camp, a camp where you can use resources to upgrade your base and research new weaponry, as well as talk to the number of characters you have unlocked and brought into your squad, improving your relationships with them and increasing the dialogue options you have. Fortunately, if you don't want to play through the story mode to unlock the characters, you can always unlock them in Territory Recovery, which fortunately includes those who would otherwise be dead at this point.

It's the scope and scale of this that should be most appealing. There are seventy stages per map in Territory Recovery, where you and your expanding squad are pushing outwards, taking this land back. These seventy stages are also divided into different areas, each area having its own boss. These missions also differentiate in a variety of ways, such as in the terrain and objectives, sometimes being simple hunting missions to kill specific Titans, other times being to scout for a new character or more. By all accounts, this is the mode that makes the expansion for me.

There's no doubt that with a host of new content, fans of the game will be more than pleased with Attack on Titan 2: Final Battle. Not only do you get to go through the story of season 3 of the animé, but you also get a full-fledged new game mode in the Territory Recovery mode, which also allows you to bring back every character from the past and bring them into your very own squad.

Attack on Titan 2: Final Battle will be coming to the PC, PS4, Xbox One and Nintendo Switch in a little over a month, on the 5th of July, 2019. For those who haven't got the base game, you will be able to buy that and the Final Battle expansion as one complete package both at retail or digital. If you do own the base game, you can simply buy the 'Final Battle Upgrade Pack' at your equivalent digital storefront.