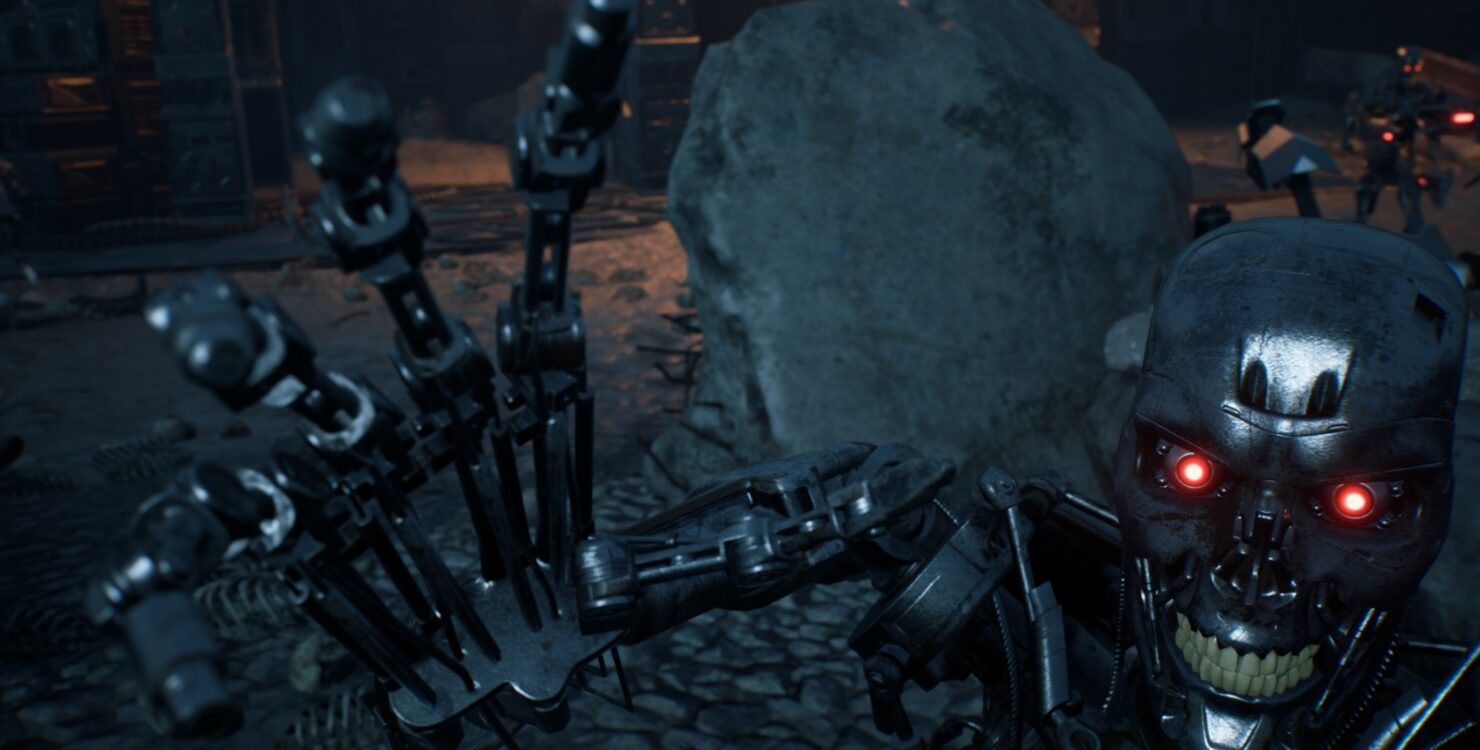 Reef Entertainment and Teyon's Terminator: Resistance originally debuted in 2019, bringing a swath of delicious, machine-slaying action to gamers good and ready to bring Skynet down. It was a fun enough shooter when it launched, but now it's getting a completely new lease on life.

Terminator: Resistance Enhanced is coming to PlayStation 5 in March 2021, giving players who missed the original or those who want to experience it again a new reason to jump into the action once more. The story follows Jacob Rivers as he goes from relative zero to a hero of the Resistance. Oh, and there are plenty of robots to destroy, as one does.

This new version of the game will come with balance and difficulty patches like those released on PC. The new "Infiltrator Mode" will let players strap in and strut around as a T-800 series Infiltrator unit and lash out against the Resistance. Finally, of course there will be a slew of visual and performance upgrades. The game will offer upscaled 4K resolution at 60 frames per second as well as improved textures, tessellation, improved lighting, and more. The devs are promising four times faster load times on average.

PlayStation 5-centric updates are coming as well. The game will support DualSense adaptive triggers, Game Activities, and usage of the DualSense light bar as well. If you really like the new version, you can get a Standard Edition and Collector's Edition of the game, with a Steel Book case, hardback comic book, character art card, and collector's box.

We awarded the original game a 6.5 in our review.

"Terminator: Resistance is the kind of shooter-meets-RPG hybrid you've seen a dozen times before, and isn't a particularly impressive one. But everything it does, it does well enough to pass. I can't bring myself to hate Terminator: Resistance, I think it's a fun, cheesy game, but I also wouldn't be able to forgive myself if I recommended that anyone bought it at full price."

There's more coming for the new version of the game in Summer 2021 in the form of new DLC with narrative content. You can expect Terminator: Resistance Enhanced to debut on PlayStation 5 on March 26, 2021.