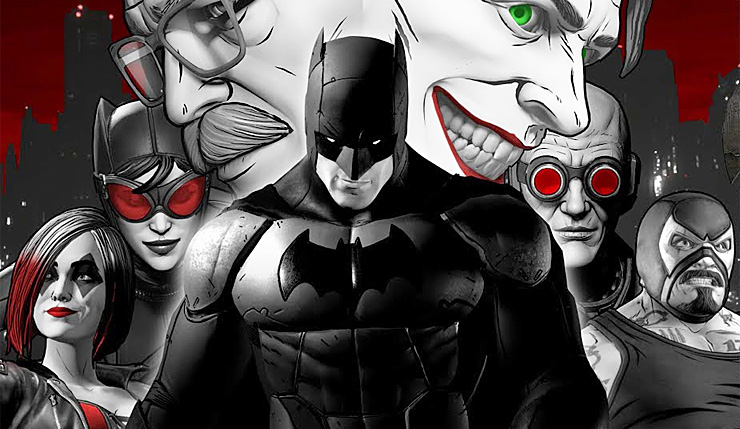 Against all odds, Telltale Games is back in business. After going under in 2018, the studio was revived new management this summer, and at The Game Awards it was announced The Wolf Among Us 2 was back in production. That game is probably still a ways off, but in the meantime, we’re getting The Telltale Batman Shadows Edition, a new graphically updated collection of the first two seasons of Batman: The Telltale Series. You can check out the series’ new look, below.

Missed out on Batman: The Telltale Series the first time around? Here’s a quick description of the new Shadow Edition package:

The Telltale Batman Shadows Edition, which includes the Batman: The Telltale Series base game and new noir style DLC. Batman: The Telltale Series cast players into the fractured psyche of Bruce Wayne in a dark and violent original story and challenges players with discovering the powerful and far-reaching consequences of choice as the Dark Knight. As Batman, players will encounter classic allies and adversaries, and will learn the true meaning of what it means to be the man behind the cowl as Bruce Wayne.

We’re excited to be able to build and continue the legacy of this iconic Telltale Games franchise by launching The new Telltale Batman Shadows Edition today. For the holiday season, we wanted to offer fans old and new a fun twist on the series with the first of many planned initiatives. All of us at Telltale are working hard to build a great studio, delivering great content. We hope everyone will stay tuned for more announcements in the coming months and, for now, enjoy playing in the Shadows.

Shadows Edition will set you back $30, although if you already own the original games you can get the noir visual upgrade for only $5.

The Telltale Batman Shadows Edition is available now on PC (via both Steam and Epic Games Store), Xbox One, and PS4. A Switch version will be available in the “near future.”