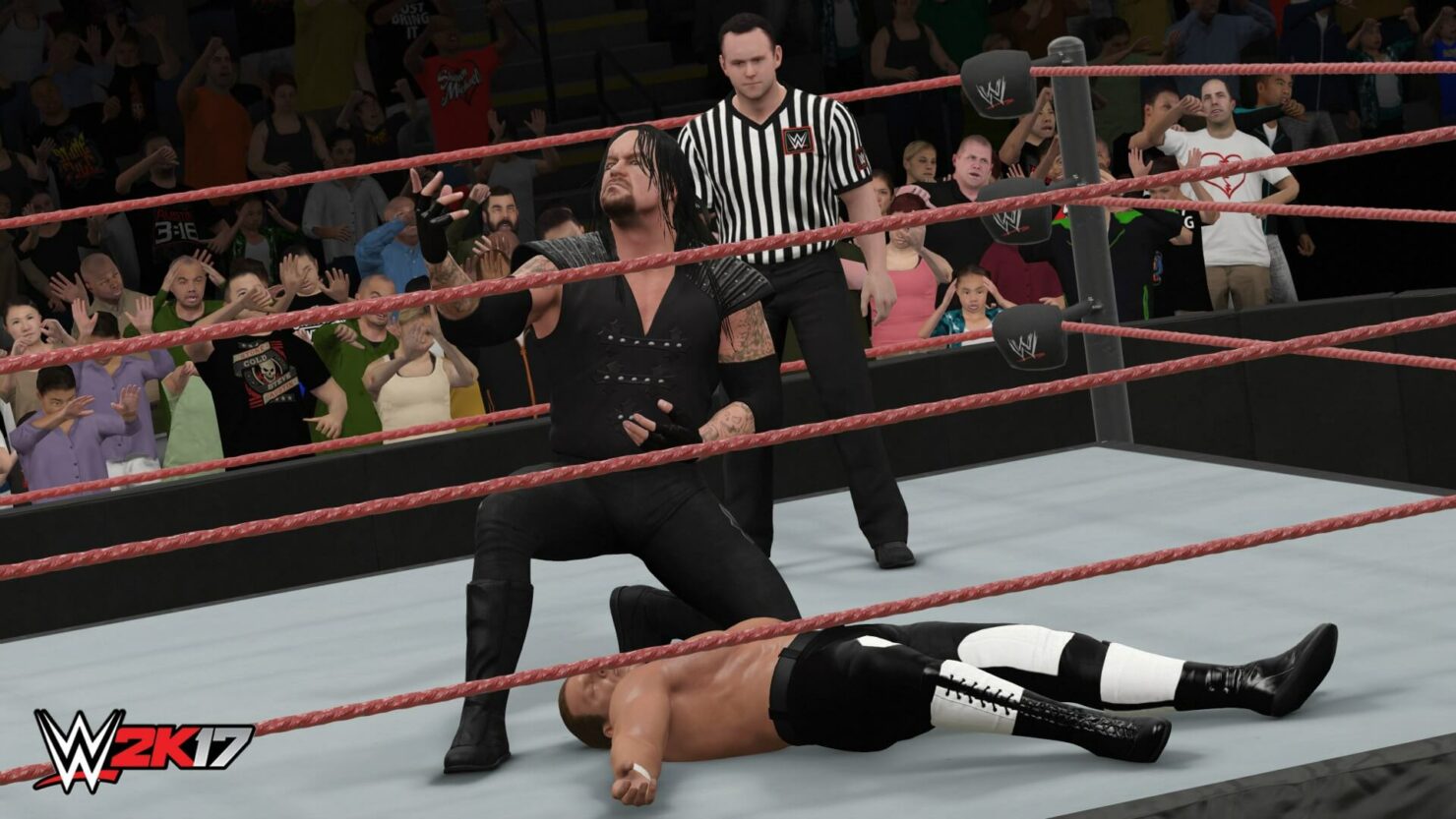 You'll be able to choose between the Standard and Deluxe editions along with the Season Pass. Both Editions will include the Goldberg Pack, which has two playable of versions of Bill Goldberg and two extra arenas (WCW Monday Night Nitro and Halloween Havoc). The Deluxe comes with the Season Pass and is a few bucks cheaper than buying it separately.

If you're wondering what comes in the Season Pass, 2K was nice enough to provide and handy infographic and a detailed list the upcoming DLC:

WWE 2K17 is out now PC, PlayStation 4, and Xbox One. Make sure to check out our review of the console version where we addressed some of the issues we had with the game. 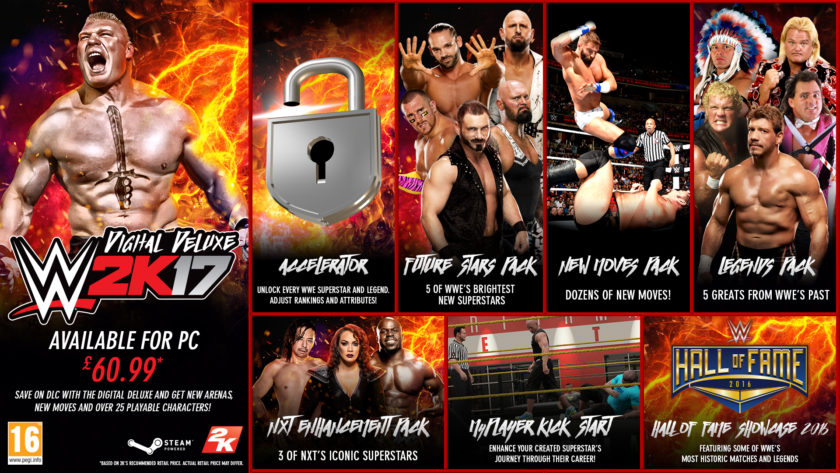