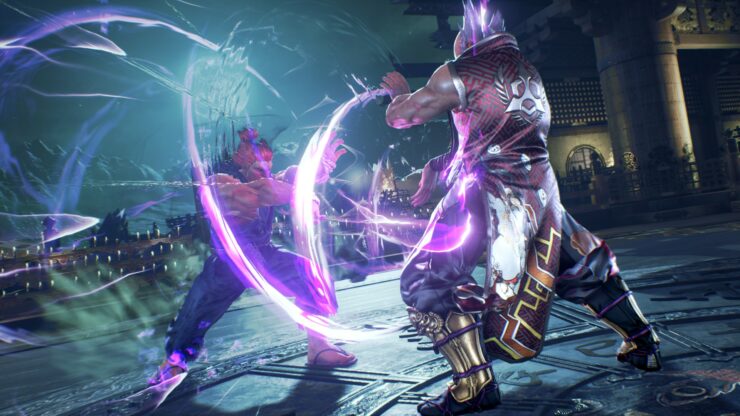 Input lag is quite the serious topic when it comes to competitive fighting games. While casual players may not consider it a real issue, the competitive scene is a wholly different story.

Nigel Woodall created a unique testing method for this specific purpose. You can learn more on how this works between the description below and the video example available on YouTube.

The concept for how this test works is to watermark the screen image at the exact time the controller is being pressed. This is done using optocouplers, so that there can be no electrical cross talk between different components of the testing circuit. This should ensure that the signal arrives at the controller at the same time as it interrupts the video signal.

Just yesterday, he posted his preliminary results of the freshly released Tekken 7. According to Woodall, the game's input lag is significantly higher on PlayStation 4 (120.5 ms) when compared to Xbox One (104.2 ms), meaning there's almost a whole frame of difference in favor of Microsoft's console (7.2 frames versus 6.3).

X1 Tekken 7 104.2ms #inputlag Somebody else should probably test this. Otherwise it's going to be controversial. pic.twitter.com/L4pMZ2Mx0r

He even demonstrated the actual difference through a handful images.

Sometimes they hit at the same time. pic.twitter.com/yOCwtoNiok

It should be noted that Woodall also pointed out how PlayStation 4's input lag actually went down when using lower resolutions. For example, as you've read above Tekken 7 on PS4 Pro was measured at 120.5 ms, while it went down to 120.1 ms on the base PS4 and even further (119.9 ms) when displaying the game at 720P resolution.

For comparison with other major fighting games, Woodall measured Street Fighter V at 88.6 ms, Injustice 2 at 92.4 ms and Guilty Gear Xrd Rev 2 at 58.2 ms (the fastest of the bunch).

Since Tekken 7 doesn't have any cross-platform functionality, there won't be any advantage for Xbox One players. However, so far official tournaments were supposed to be conducted using the PlayStation 4 version of the game and this finding might lead organizers to evaluate whether it would be best to use to play on Xbox One during tournaments.

For more on Tekken 7, read our PC port impressions and the full game review.