In this fighting games renaissance, accessibility has been the important factor. Street Fighter V simplified a fair few of its more difficult combos, Injustice 2 makes it easy for beginners to pick up, play and start pulling off fancy moves, and even King of Fighters XIV added a single button auto combo for players that just can’t do it themselves. But while the rest are easing the learning curve to opening the door to new players, Guilty Gear is still one of the fastest, most technical and interesting fighters you can play.

If you’re not familiar with Guilty Gear, what you’re looking at is one of the best anime-styled fighters ever to hit the competitive circuit. The character roster in Guilty Gear Xrd Rev 2 is fairly beefy at this point, boasting 25 characters, all with their own unique charms and twists, from the mysterious half-angel half-demon Dizzy to the new, vicious ninja Answer. Gameplay in Guilty Gear Xrd Rev 2 works the same as in most 2D fighters, just with a five button (Punch, Kick, Slash, Heavy Slash, Dust) system. Characters can link their normals together and finish off with a flashy special, activated by the usual quarter circle and dragon punch motions, common to fighting games. Though, with all that talk of difficulty, Guilty Gear does at least attempt to cater for more inexperienced players, with the simplified Stylish input type – which automatically blocks, and vastly simplifies inputs for special moves. Handy if you wish to play with someone with no fighting skills, but best off ignored by most.

What sets Guilty Gear apart from a lot of other fighters, other than its gorgeous art style, is the sheer number of movement and defensive options. When Super moves get pulled out the screen can quickly turn into a mess of hitboxes for you to avoid, but you can double jump, air dash, Instant Block, Faultless Defense… There are so many options available for you go against whatever your opponent has in store, so you rarely feel overwhelmed. When so many games are content to let opponents juggle you, Guilty Gear gives you options to burst out of juggles, combos, block strings, and give you a chance to strike back. 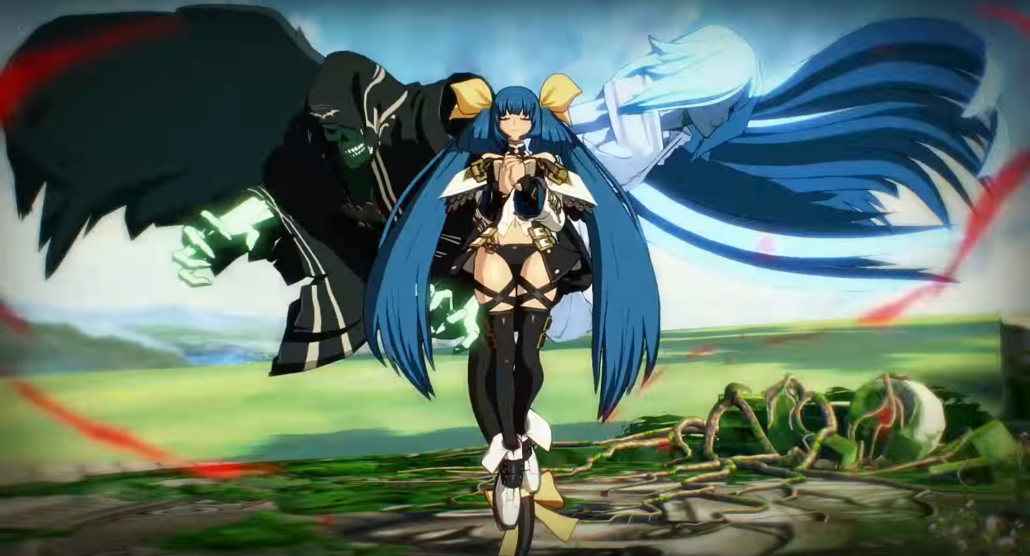 New additions to Guilty Gear Xrd Rev 2, Answer and Baiken, are welcome to enhance the roster. Baiken might be an older Guilty Gear character, but her appearance in Rev 2 is possibly the best she has ever looked, and her parry-heavy playstyle is a nice counterbalance to the at-times hyper aggressive attitude of other players and AI.

But then that brings the point that there’s not much new in Guilty Gear Xrd Rev 2. Sure, there’s two new characters, and all previous characters that released as DLC are here in force, making Rev 2 the definitive version, but, is it worth a new purchase? Well, maybe not. Owners of Revelator will be able to buy a DLC update for their game so they can get Rev 2 without paying the full price – which is handy for anyone who’d feel short changed if they were being asked for the price of yet another full game, with so little new content. 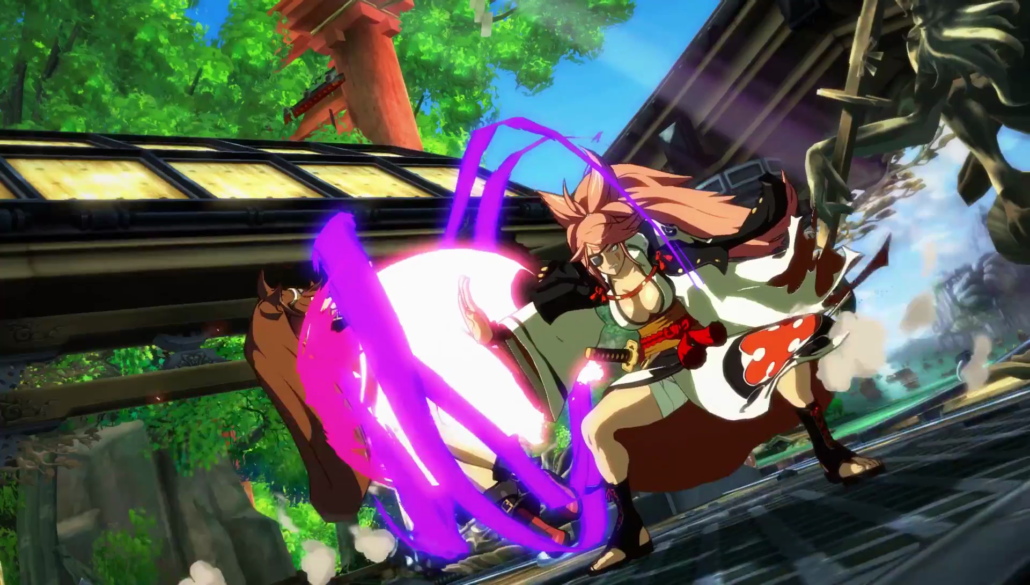 That lack of content does carry over to the story mode too, however. How many people actually view Guilty Gear’s story mode, I just don’t know, but Rev 2’s is essentially a short epilogue to the conclusion reached in Revelator – in fact, the single new story chapter only lasts a matter of minutes. This might come as a disappointment for fans of Guilty Gear’s usual, surprisingly lengthy story scenes, but I can assume most players won’t be bothered by it.

And of course, that single new story scene looks amazing, at least, thanks to Guilty Gear Xrd Rev 2’s unique animated art style. With the framerate on character animations strictly capped, characters move in a somewhat jagged way, which happens to perfectly imitate to the low-framerate animation of modern anime. Of course, this doesn’t affect the game logic, which runs at a constant and silky smooth 60FPS, but the visual effect can be sometimes jarring, and other times impressive. The low frame rates give the illusion of 2D character assets, but then when the camera swings around characters for a cinematic attack of a finisher, it’s shocking how detailed the 3D character models are.

Guilty Gear is a hardcore fighter, both to its benefit and its detriment. On the one hand, fighting game players will adore Guilty Gear for its fast paced gameplay, beautiful art style and deep tools for learning advanced techniques, but for anyone not either immersed in fighting games or the Guilty Gear series it’s a tough, if not impossible sell. A wonderful game, but not one likely to earn any new fans.