Tekken 7 Fated Retribution has yet to receive a final release date on consoles, but Japanese players will soon be able to enjoy the arcade version of the game, which will be launched next week. To celebrate the upcoming release of the game, Bandai Namco has shared today a brand new trailer of the game, showcasing some of the features included in the version of Tekken 7. 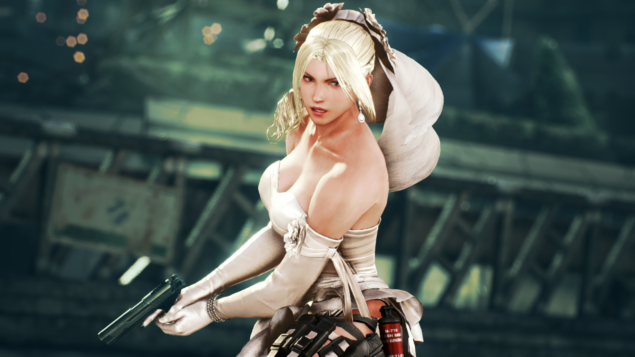 The new Tekken 7 Fated Retribution trailer features plenty of gameplay, showing characters such as Akuma from the Street Fighter series, series veteran Nina Williams and more. The game is looking better than ever, so make sure to watch the trailer below if you're eagerly anticipating the release of the new game.

Last week, Bandai Namco confirmed that the already mentioned Tekken series veteran Nina Williams will be available as playable characters in Tekken 7 Fated Retribution. A new trailer showcasing the character and a few screenshots have also been shared.

The inclusion of Street Fighter's Akuma is definitely one of the more interesting new features of Tekken 7 Fated Retribution. The character is the only guest character the team has planned for now and he may be the only one to ever be included in Tekken 7 Fated Retribution, as producer Katsuhiro Harada is against them due to a very specific reason.

And as far as more charters goes, right now, Akuma is the only one we have planned. Harada [Game Producer Katsuhiro Harada] and I have always been against guest characters because it kinda throws off the Tekken world and setting. But Akuma fits the bill, and we wanted to tie him into the story so that the crossover is not some cheesy gimmick.

Tekken 7 Fated Retribution will be released this year on PlayStation 4 and Xbox One. The final release date has yet to be confirmed, but more on the matter should be coming soon.