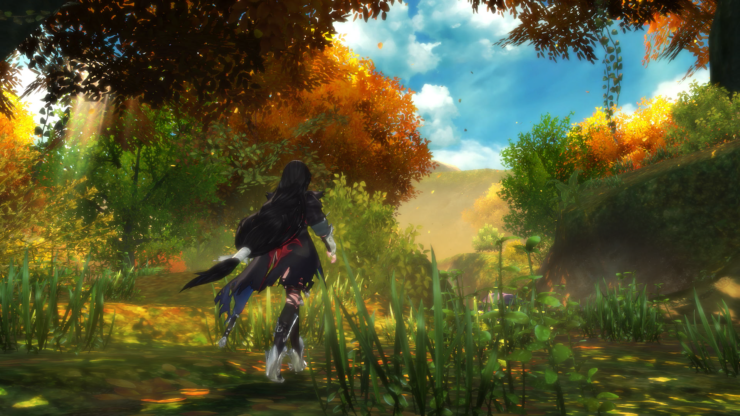 [Original Story] Right before the Japanese launch, Tales Of Berseria, the latest entry in the series developed by Bandai Namco, received a playable demo which allowed players to play through a very short segment of the story and try out the game's battle system. Recently, it's been confirmed that a playable demo will also be released shortly before the Western release of the game.

On the Tales Of Official Blog, it's been confirmed that a Tales Of Berseria playable demo will be released on Steam and the PlayStation Store in both North America and Europe on January 10th. Additionally, some pre-order bonuses for the Steam release have also been revealed.

There are, of course, bonuses for preordering the game on STEAM:

If you own Tales of Symphonia or Tales of Zestiria on STEAM, you will get a 10% discount on Tales of Berseria
By preordering the game, you will unlock a 15 minute Skit Video (available outside of the game on STEAM)

New Tales Of Berseria English footage has also been made available, featuring sequences from the beginning of the game. Unfortunately, it seems like the game may have been censored for the West, as the scene with Artorius and Velvet's brother at the 4:40 mark is quite different from the Japanese version. Having played through the Japanese version, I didn't find the scene graphic at all, but it seems like the publisher has a different opinion on the matter.

You can check out some shots from the scene as it plays in the Japanese release below, courtesy of Shudouken

@CensoredGaming_ @TalesofU Tales of Berseria to be censored and toned down in the west.
What a shame. pic.twitter.com/MxTWtzwYWG

Tales Of Berseria launches next month in North America and Europe on PC and PlayStation 4. We will keep you updated on the game as soon as more comes in on it, so stay tuned for all the latest news.