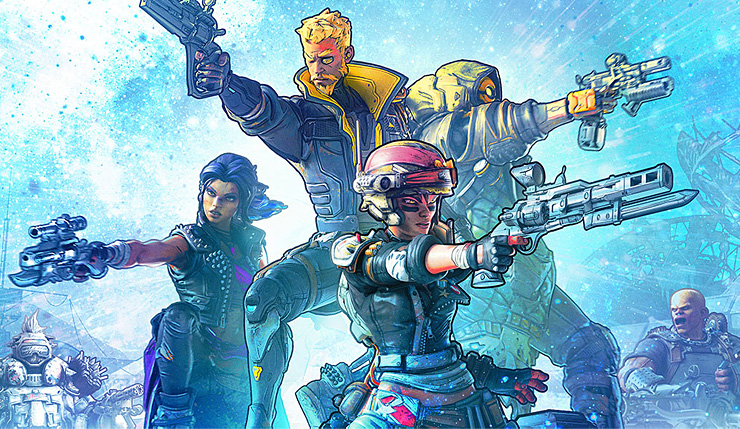 Take-Two Interactive just dropped their latest earnings report, and they’ve revealed a surprising amount of information about their future publishing plans. Over their next three fiscal years (which run from the beginning of April to the end of March), Take-Two plans to release a whopping 60 games, 23 of which will be what they’re dubbing “core immersive” titles (which include Rockstar titles and other AAA fare, yearly sports updates, and Firaxis strategy games).

Looking at fiscal year 2022, which runs until March 31, 2022, Take-Two says they plan to release 4 “immersive core” titles. Two of these will be NBA 2K22 and WWE 2K22. As for the other two, Take-Two has confirmed one of them is a new title from Gearbox Software and also stated Firaxis has “several exciting projects” to reveal this year, hinting one of them will be the fourth game. Earlier this month we reported on rumors that a Borderlands spinoff was “surprisingly close,” so that may well be our Gearbox game. In other FY2022 news, T2 is planning to publish one indie (Olli Olli World) and six new iterations of existing titles (including the next-gen version of GTA V).

Ultimately though, it seems FY2022 is just the beginning, as Take-Two is planning the release of a whopping 19 core games over the following two years, of which, 7 will be sports titles, 15 will be traditional games, and 4 will be free-to-play. No word as of yet on what those games will be, but T2 has been hiring heavily to bring them to fruition – the company has gone from around 1600 development staff in 2012 to over 5000 in 2021. T2 also says they’re looking at pursuing new mergers and acquisitions in order to bolster their development capabilities.

So, looking ahead, what are you hoping is in the works at Take-Two and its many subsidiaries? Personally, I’m looking forward to something new from Firaxis (Civ 7 perhaps?) and whatever BioShock-creator Ken Levine has been working on forever.