I wasn't meant to be the one reviewing Marvel's Midnight Suns. I'm not complaining; I've long been a fan of Firaxis. Before you all jumped on the XCOM wagon, I was playing Sid Meier's Alpha Centauri, Sid Meier's Civilisation III, and Sid Meier's Pirates! - I still play the last of those three on rare occasions and when I can get the technicals to work for me. That isn't the point, though; we're talking about Marvel. We're talking Midnight Suns. We're talking Blade.

Yes, Blade. I like Blade. I enjoyed Blade when it was Wesley Snipes, I've liked Blade when it's fake Wesley Snipes in older games, and I like Blade when it's computer person Blade in Marvel's Midnight Suns. The Blade cameo at the end of Eternals is arguably the film's best part. More than just Blade, Firaxis have arguably captured the feel of Marvel better than anybody (outside of Marvel) before. From the beats of the story to the writing, the comedy, the action - and even how battles progress - I can't help but find this familiar for better and worse.

First, let's talk about what Marvel's Midnight Suns is about. You are Hunter. Following the rising of Lilith and the beginning of a prophecy, highlighted by demons, Hydra and the usual Marvel shenanigans, Dr. Strange - working with Tony Stark and Captain Marvel) has decided it's time to revive you after a strong opening involving Wanda Maximoff. In doing this, he bumps into the Midnight Suns (Blade, Magick, Robbie Reyes and Sister Grimm), led by Sister Sara, also known as The Caretaker.

Once awoken from your centuries-long death, it's time to team up with the Midnight Suns, The Avengers, and a few other Marvel heroes (Wolverine, as one example) and save the world. You'll come across a host of villains, some corrupted by Lilith. Even a few heroes will find themselves corrupted along the way. It makes for a compelling plot that wouldn't go amiss in a more notable Marvel film, mainly due to the wide cast involved. Maybe not an Avengers, more a Captain America: Civil War.

"For better and worse" is a line I used very recently, which is true. There's a lot of forced comedy to make this feel like a Marvel story. Some of it hits, and some doesn't. That's par for the course with all humour, and I generally like the more recent Marvel fare - but I'm not ignorant of the complaints by some, and I get the feeling if you didn't like the current direction of the MCU, you may have a few complaints here.

Putting the comedy to the side (which I enjoyed for the most part), you have a game packed full of dialogue that genuinely feels like the characters you've come to love over time, from the MCU or elsewhere. Stark is a sarcastic git, and Cap is the wholesome, team-building hero. Eric Brooks (Blade) is broody, while Logan is Logan. Even repeated one-liners like "Welcome to Tony's Scary Demon Cave! I'm Tony, and how may I assist you today?" hit well (more on the Demon Cave later).

On top of the simple lines you find in any game now and the myriad of cutscenes that would pack an MCU phase - never mind a single film - you'll find text chats with characters interacting with each other; that would be the Superlink. On top of that, you can have your one-to-one moments with heroes. These will progress as you increase your friendship level through the right dialogue decisions, training with them, taking them on missions, and giving them the right gifts.

As you develop your friendships, you unlock new passive abilities and cosmetics until - eventually - gaining what is essentially their ultimate move. Only to unlock this, you have to beat a challenge. These challenges are also quite interesting, giving you a set number of cards (moves) and tasking you to kill enemies and destroy a crystal. They are puzzles with specific solutions based on the ones I've completed (five of them so far). That's when you get a character's ultimate move. Well, at least the card for the ultimate move.

I say card because that's how the combat in Marvel's Midnight Suns is performed, by cards. Each turn, you get three card plays, one move (to move a character) and two redraws. These can be increased via card effects; quick attacks, for example, will return the card play if you KO an enemy with that attack. Others may increase your move, which is helpful because environmental attacks require you to position yourself for maximum effect (as can some attacks). Another essential counter is heroism. Regular attacks and abilities (not all cards are attacks) will give you heroism, allowing you to use this to perform environmental attacks and use even more powerful abilities.

Combat can be very engaging, even challenging, at increased difficulty levels. While you're both at the whims of lady luck (which cards you draw are, for the most part, random) and when you're trying to figure out which are the best enemies to take out first, which abilities will benefit you the most and even if you're worried about one of your three heroes getting KO'd. It can turn into quite the tactical fare, up there with some of the best of the genre. Even the throwaway missions, which aren't part of the story, can offer you a decent challenge (and rewards).

Even better, as well as sufficiently tactical, the combat has a "hero" feel. Yes, you're using cards, and it is essentially turn-based (some buffs, and some supervillains, can ignore the fact that it's your turn), but the moves can feel and look strong. When I first started playing Marvel's Midnight Suns, I wasn't a fan of the art style. It's grown on me, mainly as it allows for the most bombastic elements of any comic book (or Marvel movie) style attack. There are a few niggles here and there, but for the most part, it's a good (albeit not an excellent) looking game. However, thanks to the art style, I can't help but imagine this will age gracefully compared to many of its contemporaries.

The same can be said for the audio. These aren't the MCU characters (for the most part!), so don't expect Robert Downey Jr or Mahershala Ali, but I can't fault the work of the cast here. Some of them have already played the role elsewhere (Spider-Man is Yuri Lowenthal, who voiced our beloved web-slinger in the Insomniac titles). Lyrica Okano does, however, reprise her role of Nico Minoru (Sister Grimm) from Marvel's Runaways.

Of course, this wouldn't be a modern game without oodles of different stats, attributes, and filler. In keeping with this being more of a tactical RPG than a turn-based tactics game (ala XCOM), characters level up and have a host of different stats - though you should note that you don't directly increase some stats via allocating points. Some of these, such as resilience, can be increased temporarily through training or permanently through completing "Hero Aid" quests.

These quests, as well as your changing of cards, the chats to build up friendships - practically everything outside of the combat - take place in the Abbey. This is a whole other part of the game, which is, sadly, a lot of busy work. Some of it is enjoyable, such as the challenges allowing you to unlock new abilities (non-combat) and letting you explore more of the grounds. You'll uncover chests, collectables, consumables, and more as you explore.

The issue is that so much of this can feel a little sluggish. I've unlocked every area I can find, but I'm still missing several collectables, which is irritating, especially as I've made a point of taking in this side of Marvel's Midnight Suns. The new places where you can take characters to have a bit of downtime. You can gather items to unlock new combat items (there are combat items, too) at Robbie Reyes' and Peter Parker's little shop meets. Also, you have a book club with Blade, Captain Marvel, and Captain America. There's even a little EMO-CLUB group, letting you uncover Hunter's lost memories (this requires items too). It's all quite endearing.

It is a shame that this layer is so cumbersome and prone to bugs that it can make it a chore. It also makes the game feel almost too big. In terms of bugs, you have jobs you can send a hero on, which will take a day or two. The game is structured in two parts - day and night. You wake up; it's the day, and you can do some things. Once you complete a mission, it's night, which allows for a few other aspects. The problem is once you go for the reward of a job, the game will crash so bloody often as it's either creating - or sourcing - a "comic book cover".

Except for some bugs (such as character models floating or the game not acknowledging you're near an interactable item - unless you pause and unpause), I can't help but like what's on show here. Well, there are the crashes too, and there is a bit of a memory leak somewhere - I've had the game build up to 10gb+ of RAM more than a few times).

Still, from training, hero jobs, socialising, challenges, exploration, collectables - okay, I'll stop here - there's so much to do. I can't deny that Firaxis have certainly pushed to flesh this hub out and make it feel important, and it is. There's no denying that there's a whole lot of game in Marvel's Midnight Suns. It's something that fans of the genre and Marvel fans are likely to get a lot of enjoyment out of. I did, and I still am. 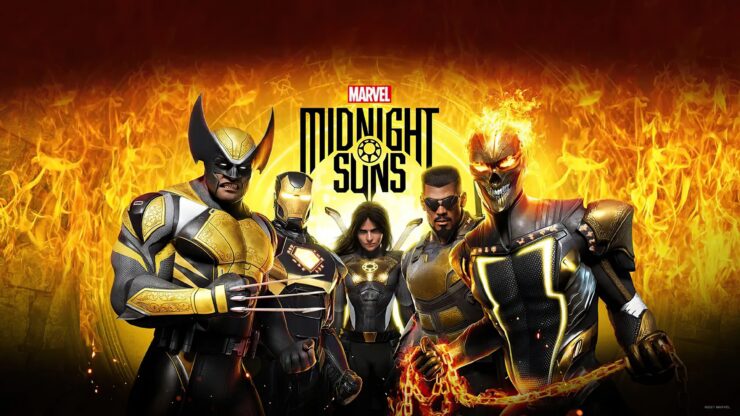 Marvel's Midnight Suns is a strong tactical RPG that feels like something that wouldn't be amiss in the MCU. Some elements can feel a little bloated, but it's a very strong game. The characterisation is top-notch, with some excellent scriptwriting and voice-acting to support it. Outside of the RPG aspects, combat is fun, engaging, and challenging - particularly at higher difficulty levels. I've had a lot of fun with the game, and I'm still having fun with it, and I can't help but think that fans of the genre - and Marvel - would enjoy it as much as me. 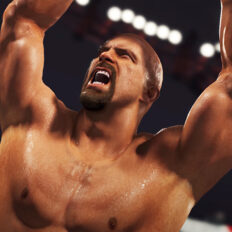 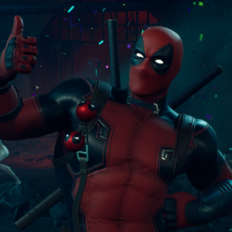