Apple's iPhone 6 launch is nearly upon us. And as the launch of the flagship smartphone gets near, we're getting to see more and more interesting leaks about the device. The most latest of these was the iPhone 6 in it's alleged retail box photographed by an Apple beta tester. Coming towards the hardware components of the device, we've seen plenty of coverage and leaks about those too.

Alleged parts of the iPhone 6 ranging from home button parts, to the logic board to battery components to the front display panels, all have seen some sort of coverage. Well, you can add the motherboard for the iPhone 6 to this list. The leak comes courtesy of the french website nowhereelse.fr, and shows quite a few components on the motherboard which will perform various functions on the iPhone 6. 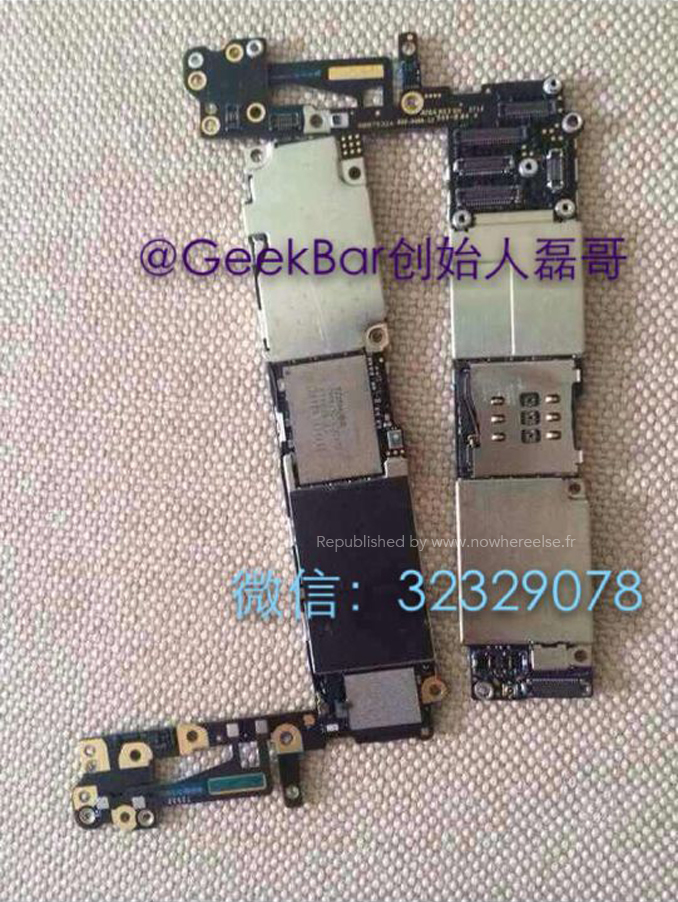 Apple is expected to launch the iPhone 6 on the 9th of this September. The iPhone 6 will be launched in two variants with 4.7 and 5.5 inch screen sizes. Apple is also expected to include NFC in this year's iPhone which will enable users to make mobile payments with the device. Apart from this, the iPhone 6 is expected to feature a larger battery than the 5S and will come with Apple's A8 SoC, capable of achieving frequencies up to 2 GHz.