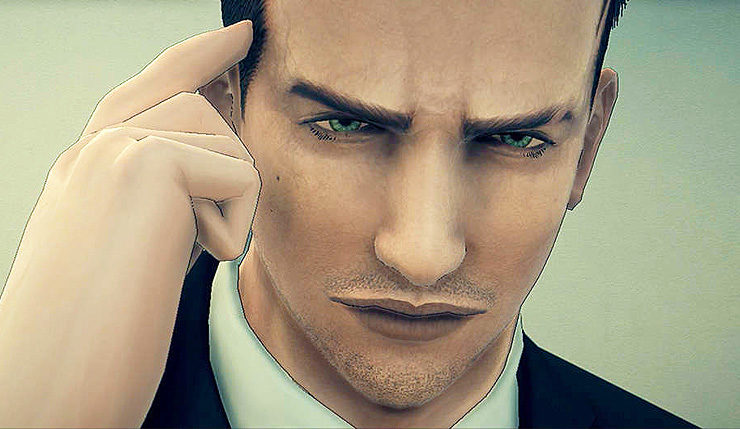 Hidetaka “Swery” Suehiro may be the busiest man in the industry today. The one-of-a-kind Japanese creator is currently working on low-key mystery RPG The Good Life, the anticipated sequel Deadly Premonition 2, and recently announced he would be collaborating with Suda 51 on a new horror game called Hotel Barcelona. And that’s not all! During our interview, Swery revealed two more endeavors – a “top secret” mobile game and a possible Oculus project. For those who’ve lost count, we’re up to five potential projects.

Despite his very full plate, there was no hint of fatigue when I sat down with Swery at the Reboot Develop Red conference in Banff, Alberta this past week. Perhaps that has something to do with the way Swery runs his studio, White Owls Inc. During Reboot Develop Swery spoke about his attempts to foster a healthier work environment at his studio, and based on his sprightly demeanor, it’s working out well for Swery himself. Scroll on down for more on While Owls’ battle against crunch, how The Good Life is progressing, the return of Deadly Premonition, that secret mobile game, and more…

Note: The following interview was conducted through Swery’s dapper translator Dan Luffey and some answers have been lightly edited to switch some of them from third-person (“he, they, ect.”) to first-person (“I, we, ect.”) This was done to make the interview more consistent and natural sounding – the content and intent of the answers has not been altered at all. 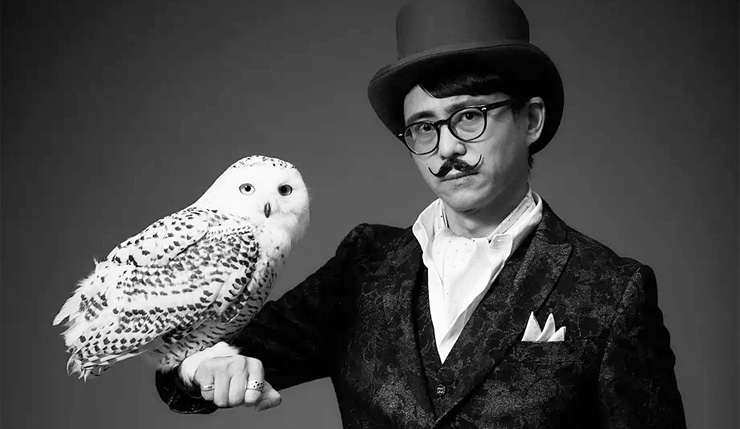 You just gave a talk about how you’re trying to foster more humane working conditions at your studio White Owls. Cutting back on crunch and giving your employees more freedom. Do you hope to see this approach spread to the rest of the Japanese gaming industry?

I would definitely like for that [workplace] style to spread in Japan more, especially as far as indie-size studios are concerned. If others were to adopt the same tactics, they'd be able to have the same success in the same way.

What are the chances it will?

I’m not sure. With big companies, it becomes much more difficult as you have lots of different controls from different people.

What benefits have you seen from the new approach?

One big benefit is definitely staff motivation is always very high. Every staff member really feels a sense of ownership toward what they've created. One quick example -- when the team was working on The Missing, I was checking a stage with the art director, and when he turned around, he saw all the other staff members had gathered around to just watch. Everyone is proud to be a part of it. I didn't call them over, they came on their own. 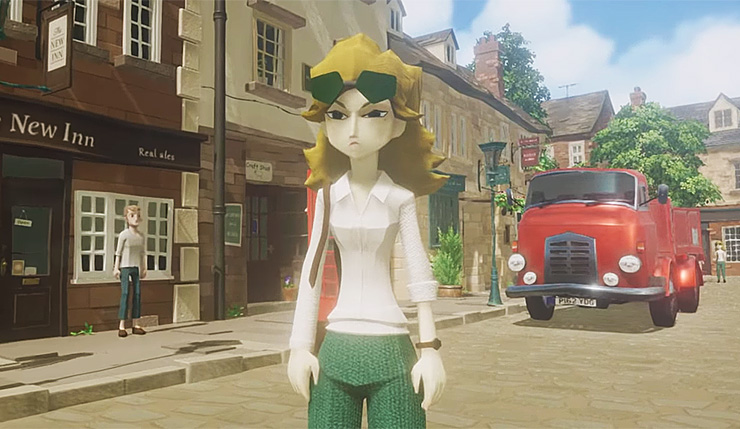 How is The Good Life coming along? It was delayed a few months back – how has that helped you improve the game?

There have been a lot of quality improvements made to the game. One big one is the graphics, polygon count, and things of that nature. It really came about due to the research I did in the UK. I was charmed by the townscapes even more than imagined, so I realized more time was needed to work all the experiences I’d had there into the game. I’ve also made very big changes to the story. Previously, it was just focused on occult and historic topics, but I really did a lot more research on England itself, and tried to work more unique English influences into the story.

What’s the post-launch plan for The Good Life? It seems like a game that would really benefit from continued support.

We’re definitely making preparations for that. We’re creating the game in a way so it can be updated easily, but how many updates we do, and what sort of updates, will all depend on how well people respond to the game. Another thing about the game, is that after the end of the story you can still go on playing the game. There will be daily quests or you can finish up other quests you haven't completed yet.

You recently announced Deadly Premonition 2, which is obviously a big one for Swery fans. What made you decide to finally tackle a sequel?

So, one thing I really wanted to do, was… people who have played the original Deadly Premonition will know there's a twist ending, and the game seems to wrap up in a pretty nice way, where you think, "How could they possibly do a sequel?" I really wanted to surprise the fans, in a way they'll hopefully be cool with, but still give them a big unexpected twist to the ongoing story.

The first Deadly Premonition had a very unique tone, even for a Swery game. How do you replicate that without being too self-conscious about it?

There are certain elements where it has to be "DP-ish," and a lot of fans, they want seconds. They just want more Deadly Premonition. But if we just give them straight up more, they actually wouldn't like it very much. So, I’m trying to work a good balance between the two extremes.

What kind of new mechanics are you bringing to Deadly Premonition 2?

Unfortunately, the producer has told me not to talk about that. The producer controls all the PR for this game, so even though I want to say, I can't.

How far along is the game at this point?

I’m not supposed to tell you anything about how far along it is even. As you saw, the game kind of appeared on the [September] Nintendo Direct without any fanfare. The reason that is, is that there are a lot of other adults working on this game. Compared to them, I’m just an itsy-bitsy ant. That's only the PR -- in terms of game design and direction, it's going to be the way I want it.

During your talk your mentioned a third “top secret” project. Now, to be clear, that’s not the Hotel Barcelona project you announced with Suda 51?

No, it's not. [Hotel Barcelona] is the fourth game I’m working on. [Laughs]. It's crazy.

Wow, okay. Can you tell us anything about the secret project?

It's a new challenge -- for the first time, I’m making a mobile game that people can play any time, anywhere. Of course, it may also be ported to PC, PS4, and other platforms, but I want to make the kind of mobile game where you get so into playing it you forget to eat.

Will the game be story and character-driven, or more of a standard mobile game?

There will be a story, but it's going to be the kind of game where you can read the story if you want, but you don't have to read it in order to enjoy the game. 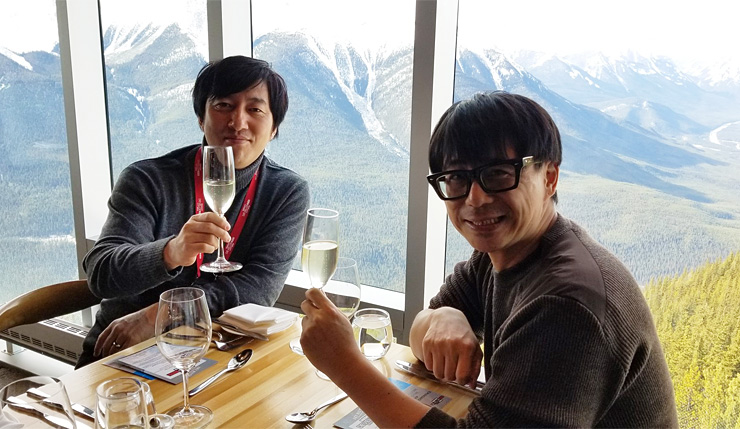 Going back to Hotel Barcelona, how would you describe the project? I also asked Suda, and I’m wondering if you’ll give the same answer.

[After much thought] It will be the first game in a while where you really have to work on your finger dexterity to beat it. It's been a long time since I’ve made a game like that.

Interesting. Well, I suppose I should let you go given how busy you are.

There’s more. Last night, at the [Reboot Develop Red Oculus-sponsored after party] we talked to Oculus about a possible fifth project.

Good thing I caught you! You’re not going to have the time to come to conferences anymore.

I will. White Owl staff members will all pick up the slack.

Well, okay then. Thanks for taking the time!

Deadly Premonition 2: A Blessing in Disguise is slated to hit Nintendo Switch in 2020, while The Good Life arrives on PC, Xbox One, and PS4 the same year. As for the other three projects, we can only guess.