Sweeney: Breaking Down Cross-Play Barriers Through International Diplomacy Was One of Epic’s Best Moments 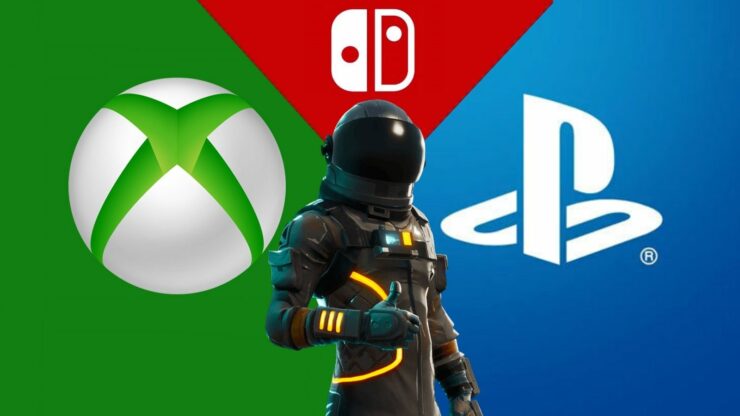 These days, the cross-play feature between different consoles (in addition to PC) isn't a taboo anymore. Even the most mainstream game there is, the triple-A juggernaut that is Call of Duty, will allow it in the upcoming entry Modern Warfare (releasing on October 25th).

It wasn't always the case, though. In fact, not long ago this was deemed almost impossible mostly due to Sony's staunchly anti-console cross-play policy. These barriers were crushed after long and strenuous efforts by Epic Games, which used the incredible popularity of its Fortnite game to slowly but surely get Sony to open up until the launch of the cross-play beta program in September 2018.

Speaking to the Wall Street Journal in an article that's behind the online magazine's subscription paywall, Epic Games founder Tim Sweeney called this success one of the best moments in Epic's whole history.

[it was] an effort in international diplomacy. Given the long-term rivalries, it was a series of contentious discussions. It was one of the greatest moments in Epic’s history. I was pleased and tired.

Sweeney also commented on how the company founded twenty-eight years ago (it was called Potomac Computer Systems then, but Sweeney renamed it to Epic MegaGames the following year) is maturing these days.

We recently held a company Halloween party for kids, and we had more kids ever in the Epic office than we had Epic employees. It’s a reflection of how the company has grown and matured, and how we have different generations of people mixing here together, thinking about what types of games we want to build for the world.

The interviewer also asked Tim Sweeney about the increasing demonization of Fortnite as something that's harmful to people and children specifically, as pointed out recently by Prince Harry of the House of Windsor.

It’s unfortunate to characterize having a lot of fun as something more sinister. You could often say the same thing about playing soccer or watching football.

In related Fortnite news, Rod Fergusson (now Studio Head at The Coalition, previously Producer at Epic Games) revealed at E3 2019 that he would have liked to cancel Fortnite while he was still at Epic. If that happened, Mr. Sweeney would be considerably less wealthy than he is today (his net worth is now estimated to be around $7 billion by Bloomberg); most importantly for gamers, though, Fortnite's push for cross-play might not have happened yet.