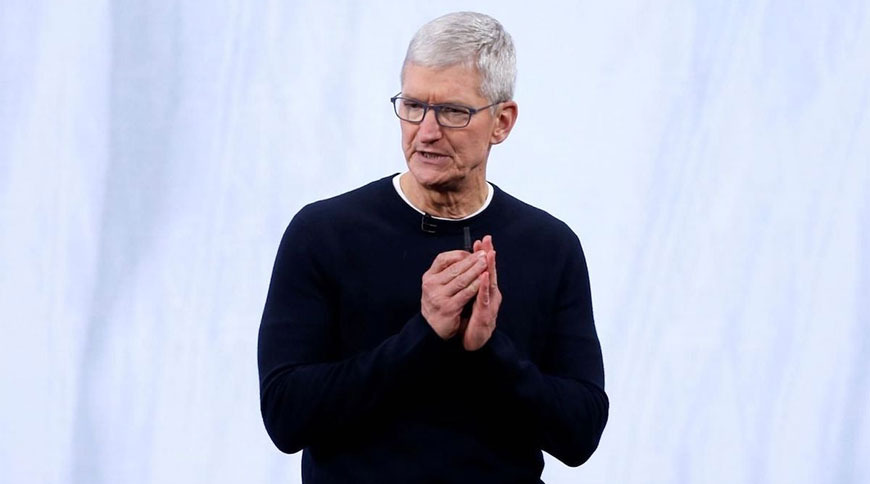 As the legal battle between Apple and Epic Games is going on, a new document has surfaced that shows that Tim Sweeney, the CEO of Epic Games, personally reached out to Apple, asking them to open their phones to other app stores. This took place back in 2015. Sweeney personally wrote to Tim Cook under the subject line "iOS is an open platform" and asked to allow other app stores to distribute apps on iOS.

Tim Cook Had No Idea Who Tim Sweeney When He First Reached Out to Apple Regarding The Possibility of Other App Stores on iPhones.

This is what Sweeney wrote to Cook,

“The App Store has done much good for the industry, but it doesn’t seem tenable for Apple to be the sole arbiter of expression and commerce over an app platform approaching a billion users.”

To be specific, Sweeney asked to  “separate iOS App Store curation from compliance review and app distribution,” which suggests that Apple could maintain the security features across the platform without the need for routing all downloads through the central App Store. You can read the email below, courtesy of The Verge. 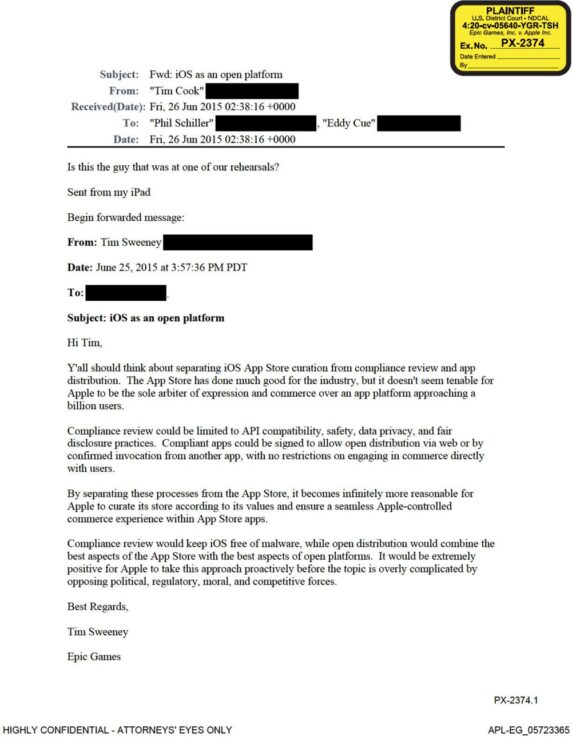 This serves as a strong distinction for the ongoing trial; Apple is currently talking about how App Store's exclusivity is important to keep the existing security, and privacy features working on the iOS. These serve as the compliance process that Sweeney talked about in the email and other ecosystems that have been successful when it comes to implementing them across various storefronts.

However, after receiving the email, Tim Cook forwarded it to Phil Schiller, asking him if "Is this the guy that was at one of our rehearsals?” Tim Sweeney had been after Apple for almost 6 years at this point, and clearly, it has come to no good so far. Going against Apple by offering a different payment option now looks like a last-ditch effort to get the attention once again. Still, in all honesty, it only resulted in the lawsuit that is taking place, and well, it is costing Epic Games a lot of money.

The trial is still going on, and we are yet to see whether Apple comes on top or Epic Games manages to bring Apple to their own level.