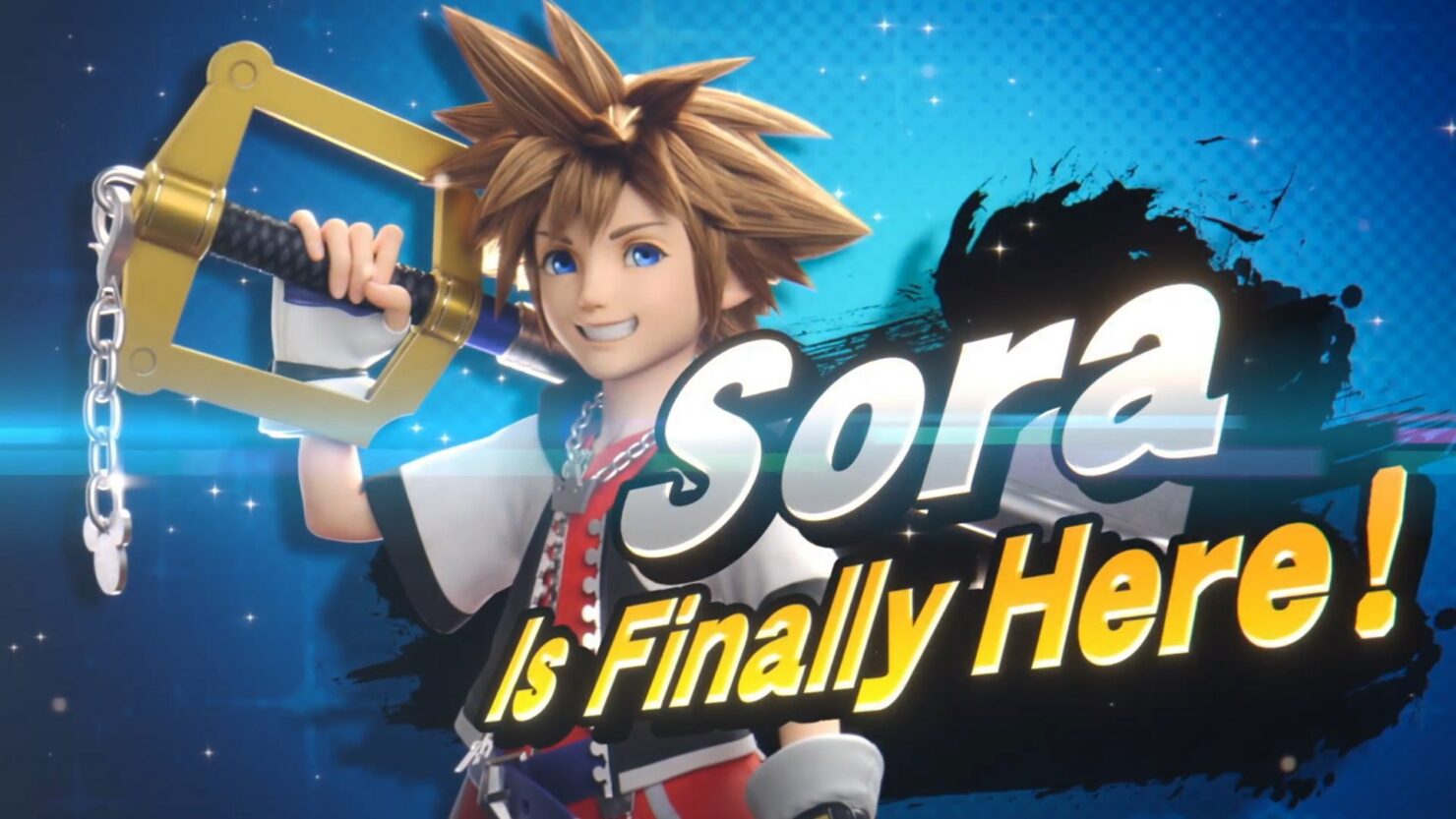 Sora from the Kingdom Hearts series is the final DLC character for Super Smash Bros Ultimate.

During today's Final Mr. Sakurai Presents event, series creator Masahiro Sakurai revealed that the main character from the popular series by Square Enix is the final DLC character for the game. Unsurprisingly, the character was the most voted character for the ballot launched a few years ago for Super Smash Bros for Wii U and 3DS. Sora will join the character roster later this month, on October 18th.

The iconic Keyblade wielder arrives to the battlefield.

Sora from #KingdomHearts will be the final Super #SmashBrosUltimate DLC fighter! Look forward to the release of Sora in Challenger Pack 11 on 10/18. pic.twitter.com/zuhyPhydvv

While Sora will be relatively straightforward to play in Super Smash Bros Ultimate, he will have some distinct traits. Some of his attacks can be extended into three-hit combos and are generally slow, but he will be a light character, meaning that he will be easier to launch than most of the cast. Additionally, Sora's will feature different costumes inspired by Kingdom Hearts III, III, and 3D Drop Distance.

You can learn more about Sora by checking out the full presentation below.

Sora will not be the only character to make his debut in Super Smash Bros Ultimate this month. It has been confirmed that DOOM's Doom Slayer will join the roster as a Mii Fighter on October 18th, alongside the Splatoon Octoling and Judd.

Gaming icons clash in the ultimate brawl you can play anytime, anywhere! Smash rivals off the stage as new characters Simon Belmont and King K. Rool join Inkling, Ridley, and every fighter in Super Smash Bros. history. Enjoy enhanced speed and combat at new stages based on the Castlevania series, Super Mario Odyssey, and more!