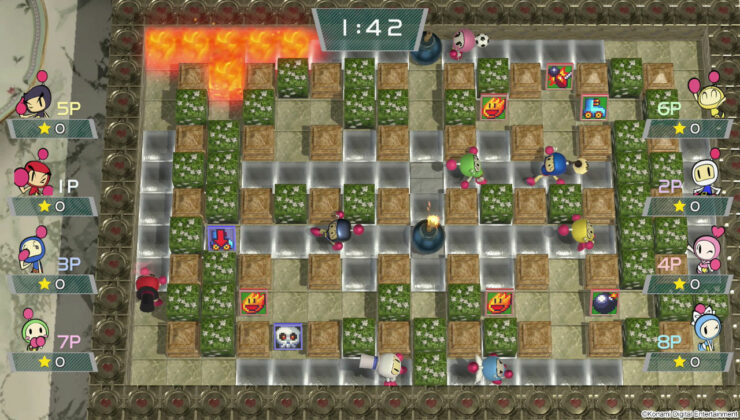 Among the games released alongside the Nintendo Switch console, Super Bomberman R is definitely one of those suffering the most from performance issues. Now, a new update has finally solved the issue.

A few hours ago, Super Bomberman R received the 1.3 patch, which includes, among other additions, tweaks and fixes, performance improvements.

Two new series of accessories have been added to the shop (Crowns, Bombs).

The frame rate of the entire game has been improved. We also made slight adjustments and improved the controls as well.

Less lags are likelier to happen when every participant in the Online Battle have good network connection.
(If you want to find opponents with good connection, set Other > Basic Settings > Network Settings to the very left.)

Made it possible to press L/R to change the inclination of he map in the Story Mode. Other > Basing Settings will also allow you to fix the camera position as well.

You can now choose the strength of the COM on the Multiplayer Battle Mode.

The strength of the Five Dastardly Bombers on the Story Mode have been adjusted.

The difficulties of Beginner and Normal have been reduced, making it easier to beat them.

Adjusted the heights and slopes on some maps to improve the visibility.

If you continue a certain number of times in the Story Mode, you will be able to continue without paying anymore gems.

As can be seen in the video below, improvements are quite noticeable, making the game much smoother to play.