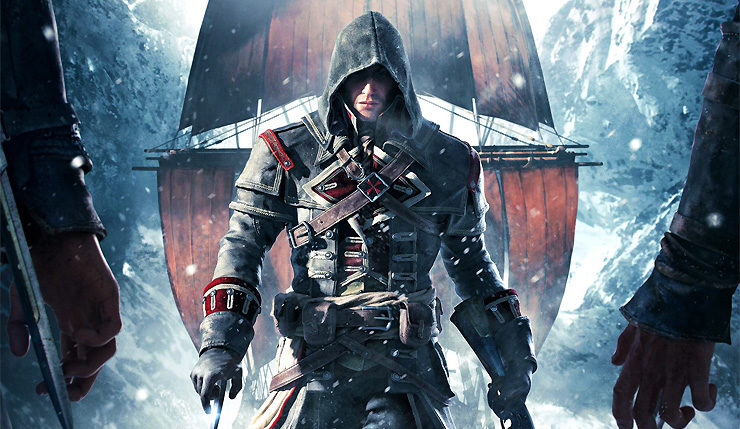 Bloodstained: Curse of the Moon

Jump into retro-style gaming with Bloodstained: Curse of the Moon. With the involvement of the legendary Koji Igarashi, this action-adventure title harkens back to some of the classic side-scrolling games of the past. Switch your play among several different characters, each with their own unique abilities, as you travel perilous lands to defeat the evil demon lurking in the forbidden castle.

Step into the fun, because Super Bomberman R is back and better than ever! Eight Bomberman heroes journey to space to fight the Evil Emperor Buggler, but now with the help of the Master Chief — exclusive to the Xbox One version — use your state-of-the-art combat armor to help win the day. Play alone or with a friend because this is the biggest Bomberman game ever.

Continue the adventures of your ancestors in Assassin’s Creed Rogue. Set in the chaotic moments of the French and Indian War, relive the days of Shay Patrick Cormac, a fearless young outcast assassin who slowly morphs into a deadly assassin hunter due to tragedy. The dark transformation your character goes through will shape the future of the Brotherhood forever.

Learn the ways of the Force from Jedi Master Luke Skywalker in Star Wars Jedi Knight: Jedi Academy. In this classic title from the original Xbox, begin your journey as a student eager to learn as you interact with famous Star Wars characters and locations. In the end, you’ll face the ultimate choice: the good and freedom of the light or the tantalizing power of the dark side.

Assassin’s Creed Rogue will be available from February 1 to 15, Super Bomberman R and Stat Wars Jedi Knight will be available on February 16, and Bloodstained can be downloaded all month long. As always, once you download a Games With Gold title, you’ll have permanent access to it, so long as you still have an active Xbox Live Gold membership.

Not exactly a blockbuster month, but Bloodstained and Super Bomberman are both worth a look. What do you think? Any of this month’s Games With Gold strike your fancy?