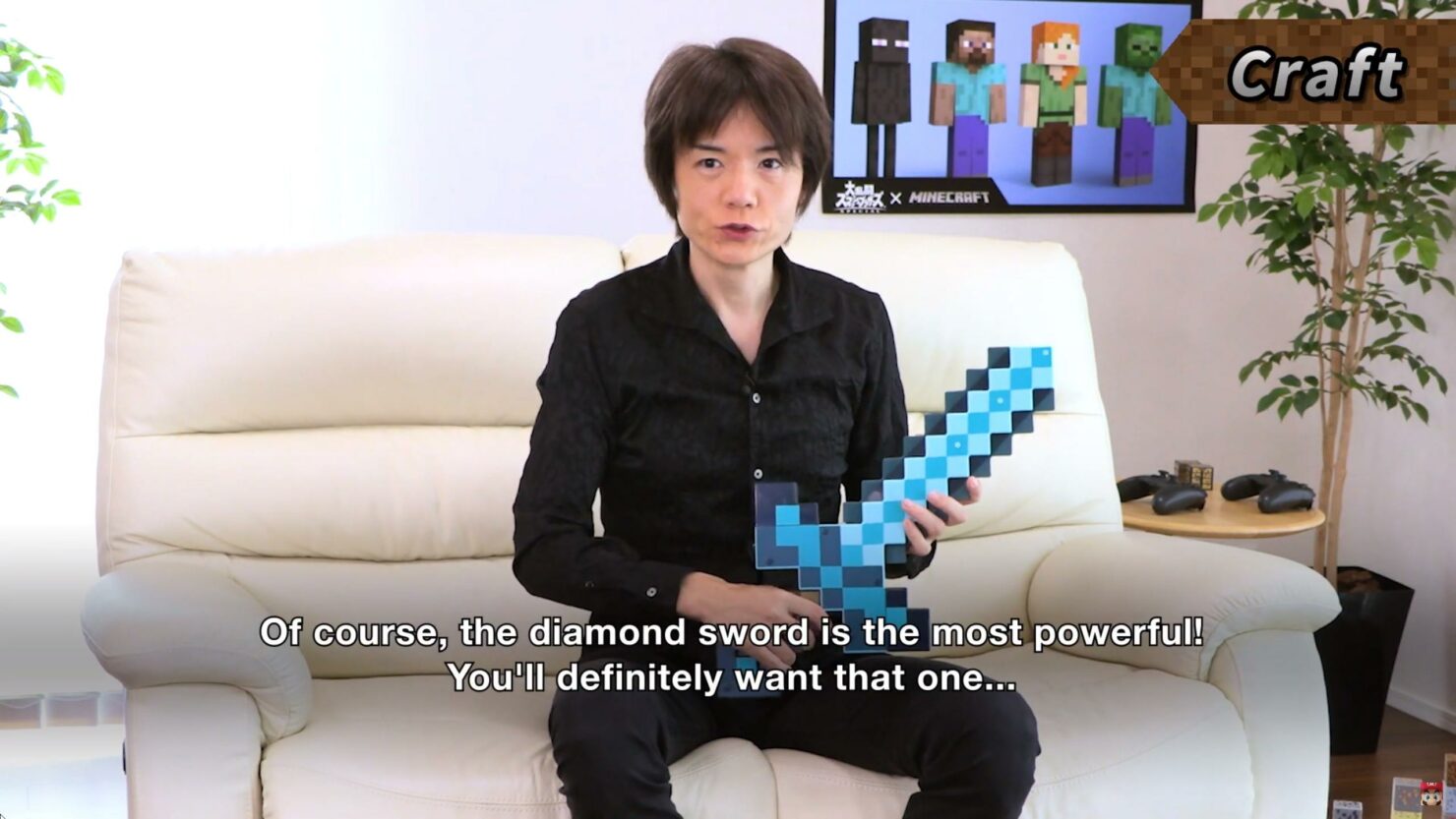 Nintendo's seventh guest character coming to Super Smash Bros. Ultimate is none other than Minecraft's main hero, Steve (and Alex). The voxel crafter will be joined by skins for Zombie and Enderman that will all possess the same movesets, as with previous costume variations for Smash Bros. characters.

This morning, Nintendo shared a detailed breakdown on Steve and Alex's moveset and what to expect when players pick up this newest character in the roster. Interestingly, because Minecraft's original soundtrack is meant to be relaxing as your mine and carft in the virtual world, Sakurai is instead adding tracks from the spinoff titles, including Minecraft Earth and Minecraft Dungeons.

In addition to the seventh character update coming to Super Smash Bros. Ultimate, Nintendo also announced another round of Mii Fighter costumes that will arrive on October 13th. Minecraft's Creeper, Pig and Diamond Armor are all coming as paid DLC. Two crossover costumes will also be added, including Gil from The Tower of Druaga and the titular Bomberman. Each costume will be available on October 13th at a price of $0.75 per costume.

Minecraft Steve and Alex will be added to Super Smash Bros. Ultimate's roster on October 13th for $5.99, or as part of the Fighters Pass Vol. 2 at $29.99, which includes access to Min Min from ARMS and four yet-to-be-announced Challenger Packs.