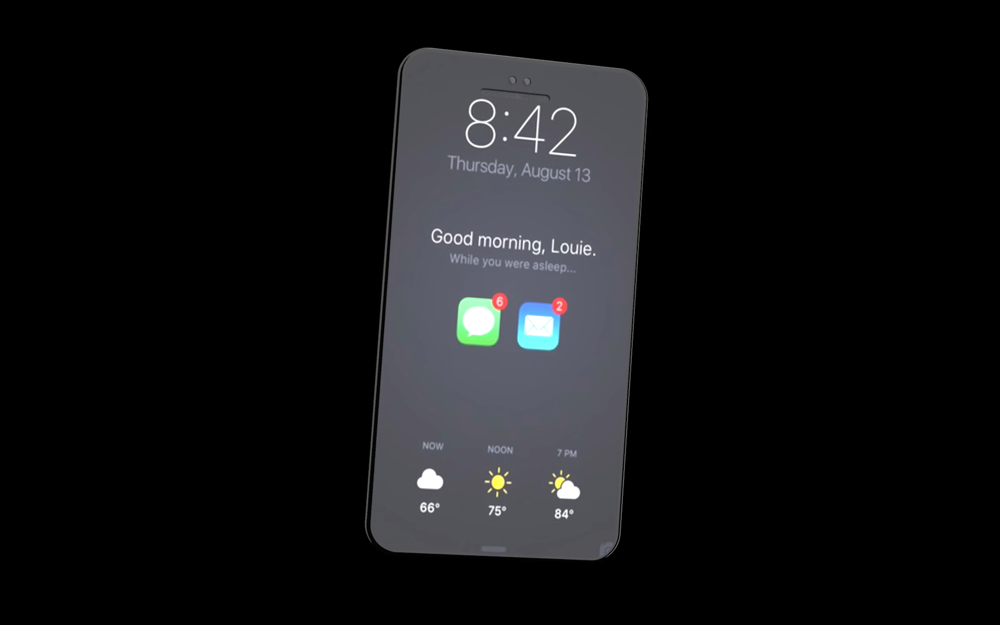 What if the iPhone 8 had a display at the back dedicated to push notifications only? Well, the new concept you are about to see is all about that, and more, of course.

Like any other concept we have seen so far, the new iPhone 8 concept here is imagined to have an edge-to-edge display. It even features a Jet Black finish for good measure as well. But, when you flip the smartphone over, you'll realize that there's a mini display cleverly hidden underneath the Apple logo. This display, according to the designer at least, is dedicated for showing the user push notifications.

It's a clever little implementation actually. Given a lot of users place their smartphones face down, the potential to miss a notification gets extremely high. Until or unless you have an Apple Watch around your wrist. But as many people do not, therefore a quick glance at what is coming through can actually prove to be a lifesaver for a lot of users.

The design of the iPhone 8 concept is conceived as slightly boxy compared to the current generation iPhone. It's not a bad thing, but it does look slightly uncomfortable to hold. We can be mistaken though.

From the render above, it's fairly obvious that the display is of the OLED variety since it focuses a lot on black backgrounds and minimal overlays. And quite frankly, it looks wonderful. After seeing all the Android smartphones with killer OLED displays, it only makes sense for Apple to make the jump onto the bandwagon as well.

What do you think about the above concept? Will Apple come up with something similar? Let us know in the comments section below.