Leaked a few days ago, the new entry to the Street Fighter V roster, Laura Matsuda, gets her official reveal trailer along with a set of stunning 4K screenshots. The Brazilian beauty specializes in Matsuda Jiu-Jitsu, a first for the Street Fighter series.

Laura brings Matsuda Jiu-Jitsu to Street Fighter V, a first for the series

Laura is the next heir of the famed Matsuda Jiu-Jitsu fighting style, constantly looking for opponents around the world, to raise Matsuda Jiu-Jitsu awareness. Laura uses a methodical grapple style as well as agile movement resulting in an “up close and personal” strategy. Laura also serves as the first grappler in the Street Fighter series to have a projectile attack. 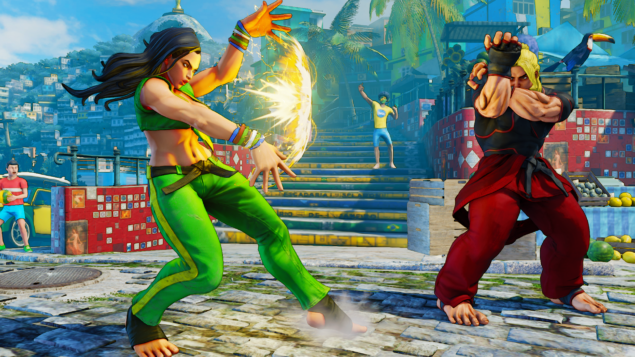 By holding either back or forward and pressing medium punch + medium kick, Laura moves in the corresponding direction, getting her in and out of the opponent’s range at will. If no direction is held during the V-Skill activation, she will perform an overhead kick.

Laura gets ready to zap the competition when she activates Spark Show. During her electrifying state, Laura’s Thunder Clap projectile flies further, she deals more stun on her attacks and grabs, and moves around further during her Linear Movements.

Capcom has recently made available the PC Requirements for Street Fighter V and has also announced the dates of the upcoming second beta, which will run from October 22 to October 25, and will allow for Cross-Play between PlayStation 4 and PC.