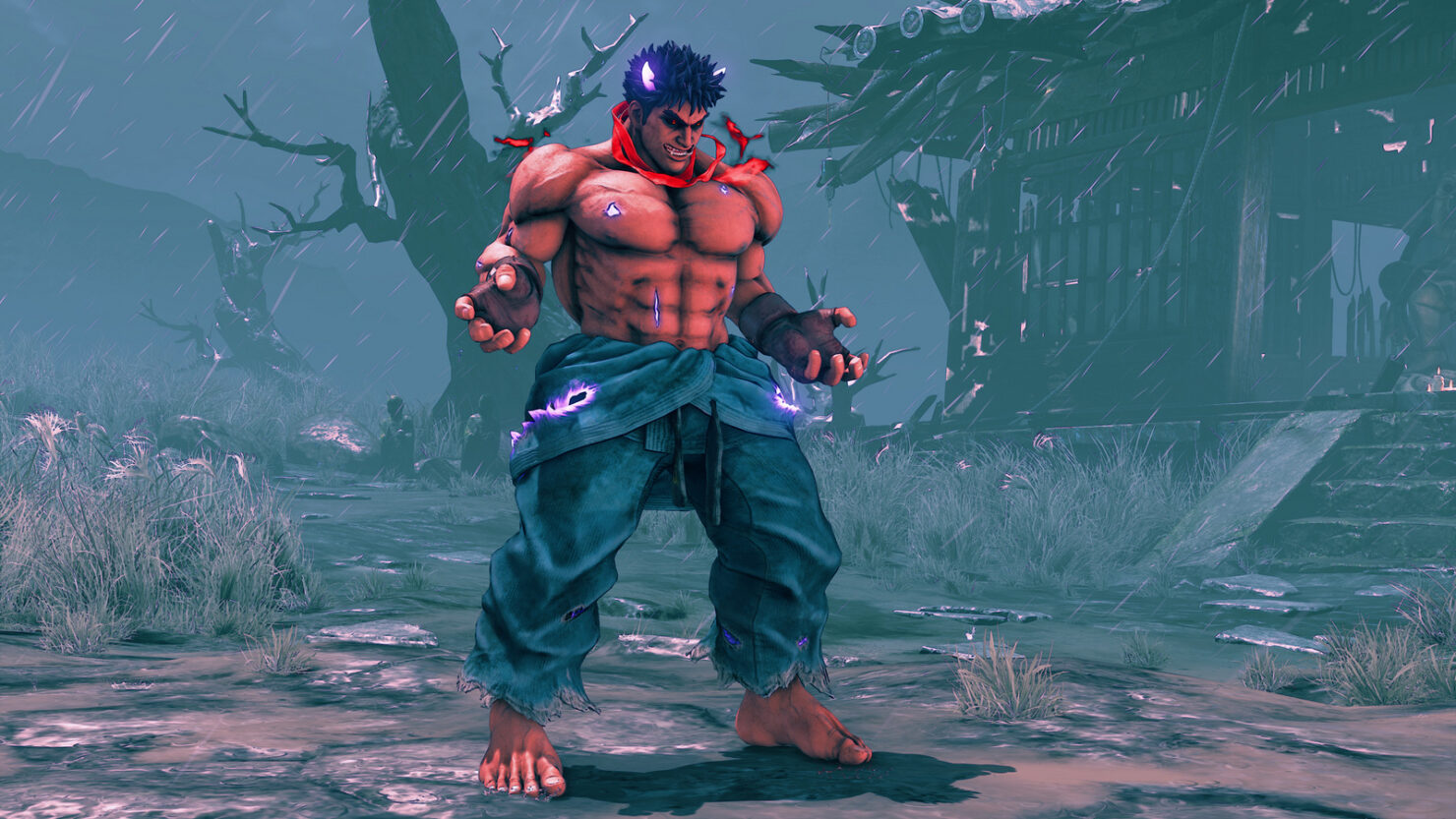 The new character isn't exactly a new fight, as it's a new version of the classic Evil Ryu character called Kage. Like Akuma, Kage comes with very low health and stun, but also with a lot of strong offensive options that make the character a glass cannon.

The Satsui no Hado is a dark force tied to the more sinister aspects of the human soul, including the hunger to survive, destroy, and conquer. Those who learn to control it become nearly unstoppable, but at the cost of their humanity. Akuma is one of these beings. In the past, Ryu was constantly struggling with keeping the Satsui no Hado at bay. If he was hypothetically unable to control it, Evil Ryu would manifest and bring a dark obsession to the otherwise peaceful Ryu. However, after the events of Street Fighter V: Arcade Edition, Ryu was able to overcome the Satsui no Hado’s temptation to ensure Evil Ryu would never see the light.

However, the Satsui no Hado living within Ryu became sentient and would rise as the entity known as Kage, meaning “shadow” in Japanese. Kage lives to prove Ryu is nothing without him and seeks to challenge Akuma and Sagat, two of Ryu’s most notorious rivals. Will Ryu succumb to Kage’s schemes?

The release of Kage marks the beginning of the game's fourth season. A new patch has also been released, introducing changes to all characters as well as some adjustments to the game's mechanics, such as changes to Super Armor, invincible reversals and more. You can find all the details on the update on Capcom Unity.

Street Fighter V is now available on PC and PlayStation 4 in all regions.