Prior to the game’s release in early 2016, Capcom tried to market Street Fighter V as a more accessible take on the increasingly-insular fighting series. Unfortunately, at launch, Street Fighter V was anything but. Sure, throwing Hadokens was still simple enough, but the game’s meager selection of modes catered almost exclusively to hardcore competitive players. Where was Arcade Mode? Where were the local multiplayer options? Casual fighting fans were out of luck, which was a shame, because there are a lot of people who love Street Fighter, despite not being great at it.

Well, after nearly two years, Capcom may finally be delivering on their “Street Fighter for everyone” promise, serving up a new Arcade Mode, and a host of other features. So, is Street Fighter V: Arcade Edition a KO or an underwhelming upgrade? 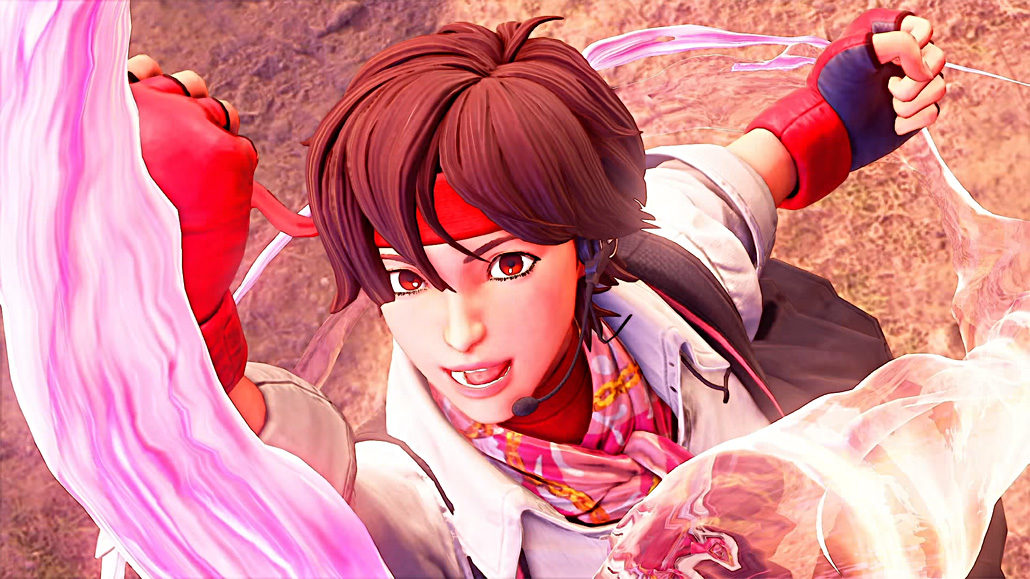 Street Fighter V doesn’t exactly reinvent the wheel. It’s the same 2D bare-knuckle brawling you remember, expect bigger, badder, and, well, more Street Fighter than ever. The major addition to the usual blocking, parrying, throwing, and quarter and half-circle specials, is the V-Gauge, which fills as you absorb punishment or use certain moves. Once the V-Gauge is powered up, you can pull off V-Reversals or potent V-Triggers by pushing simple button combinations, giving the game just a touch of that accessible Super Smash Bros. flavor.

Street Fighter V: Arcade Edition gives every fighter a second V-Trigger, with players being able to choose which one they want to use before each fight. Most of these new V-Triggers are quite different than the originals, and may well change your approach to some characters, particularly if you’re a high-level player. For instance, Ken now gets a badass powered-up Shoryuken and Chun-Li can fry opponents with a huge Ki energy ball, where both fighters had relatively unexciting passive buff V-Triggers before. The double V-Triggers add an appreciated bit of player choice to a series that’s always been rather rigid about how characters ought to be played. It would be a stretch to say the new V-Triggers shake up Street Fighter V in any fundamental way, but they’re a welcome tweak. 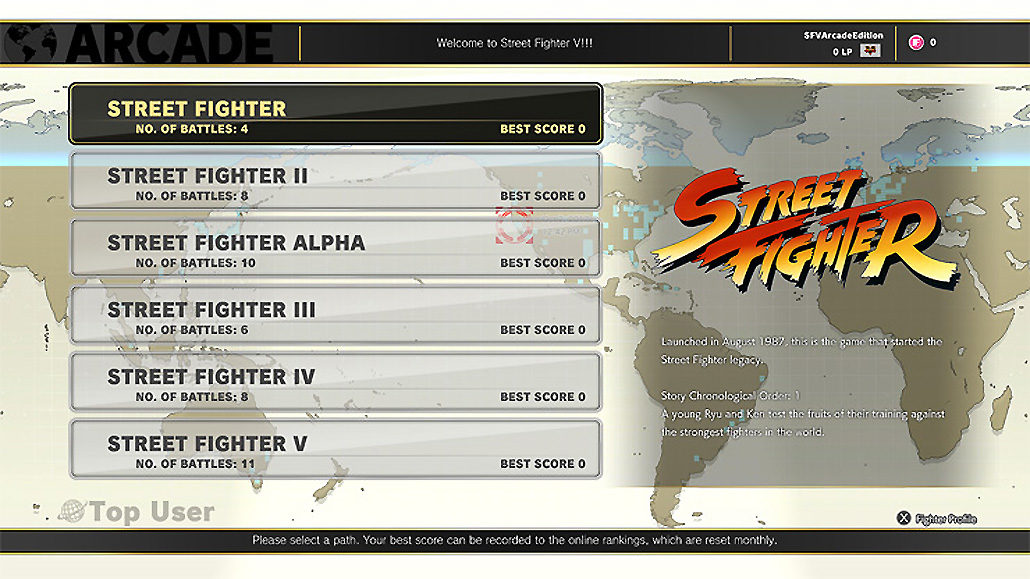 Ah, but enough about the nitty gritty fighting mechanics (check out our original Street Fighter V review for that) – is the titular Arcade Mode up to snuff? I’m happy to report, it is. It’s actually a six-in-one deal, with different paths for each of Street Fighter’s six generations. Each one only contains fighters from its particular generation, so, for instance, you can play through the Street Fighter Alpha path with newcomer Sakura, but not the Street Fighter II path.

Capcom does a nice job of making each generation-specific gauntlet feel unique, working in fun old-school costumes and skins (yes, Ryu has his weird red hair in the OG Street Fighter path), classic bonus games, and maybe even a secret boss fight or two. After every battle, you’ll have a choice of who to fight next, allowing you to boost your score by challenging tougher opponents or perhaps uncover a few secrets. Depending on your path, character, choices, and performance, you’ll unlock one of over 200 endings. Don’t get too excited – they’re all just a single-page comic or piece of art, but collecting them encourages multiple playthroughs. 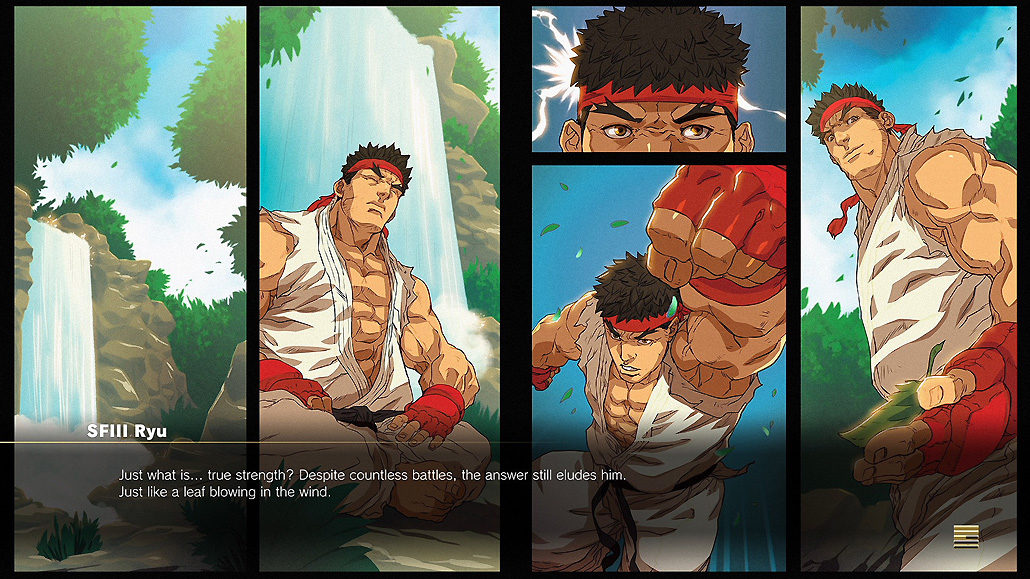 Arcade Mode isn’t the only new way to throw down in Street Fighter V: Arcade Edition. Team Battle is a fun 5-on-5 clash that gives the game a much-needed local multiplayer boost. Meanwhile, Extra Battle asks you to spend fight money to buy into a limited-time challenge. Win, and you’ll earn back a lot more fight money than you invested, but watch out – most of the challenges are pretty tough. Extra Battle has a gambling vibe that doesn’t really appeal to me, but it should be a good way for more skilled players to earn in-game cash.

Even if you don’t love some of the ancillary modes, you should find plenty to keep you busy. Each playthrough of Arcade Mode will take up to half-an-hour, and Capcom does a good job of enticing you back. After two years of character updates, Street Fighter V had arguably found its niche. It wasn’t the big mainstream success Capcom had hoped to create, but it had its diehard fans. They could have tossed out a bare-bones Arcade Mode and got away with it, but, to the publisher’s credit, they went the extra mile. This truly feels like the fresh start Street Fighter V has been needing.

This review was based on a PS4 copy of Street Fighter V: Arcade Edition. You may purchase the game via Amazon.