State of Decay 2 Gets 11 New Screens, Will Feature Hostile Humans and Support Variable Refresh Rate on Xbox One 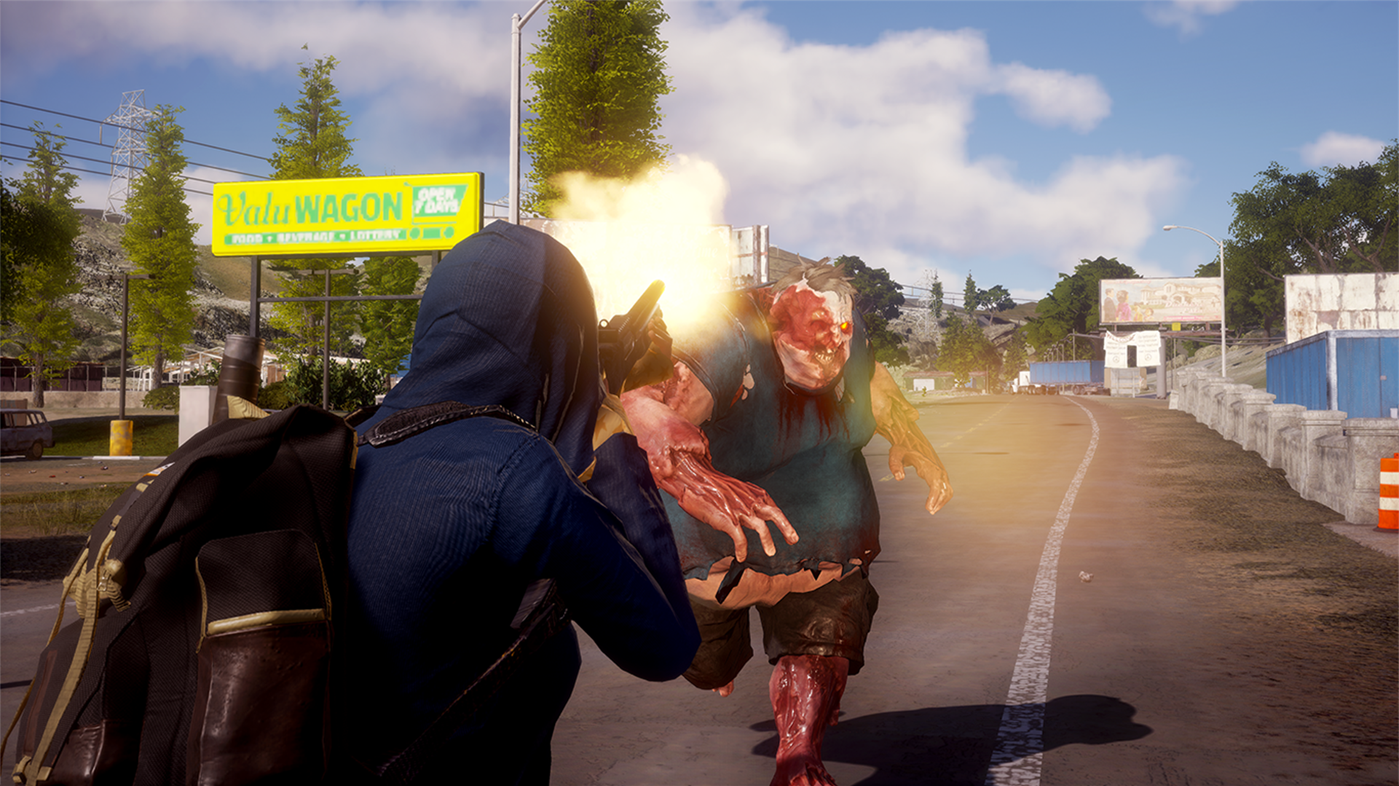 Undead Labs has been quiet for a long time about State of Decay 2, but now that the release date and pricing have been announced we're about to get a lot of information.

State of Decay 2 will receive its official gameplay reveal later today on IGN First but in the meantime, we've managed to find new screenshots and information on the game's Microsoft Store page. In terms of technical specs, the game appears to support VRR or Variable Refresh Rate on Xbox One, though you'll have to have a FreeSync compatible display to use this particular feature.

Another interesting tidbit is that the sequel will include "hostile humans", unlike the first State of Decay game. This may spruce things up since players won't just have to worry about mindless zombies anymore.

How Will You Survive... the End of the World?

When the dead rose fifteen months ago, civilization ended, and humanity was abandoned by its leaders. Now, scattered survivors must band together to survive and rebuild while facing threats of starvation, sickness, hostile humans, and of course, hordes of zombies!

State of Decay 2 is a community-centered survival-fantasy game, set in a zombie apocalypse. You control a unique group of survivors, deciding on the best strategies to keep these characters alive while improving their skills and gathering the resources they need. You choose where to make your stand, designing and fortifying your home base just the way you want it. You choose which of your survivors to put at risk performing daring raids for food and ammunition. You choose when to make contact with new survivors (who have their own goals and agendas), and which of these strangers you'll rescue and recruit to your community.

Every player's experience is unique. As you play, the open, sandbox world responds to your decisions, developing in real time and dynamically offering new opportunities for you to demonstrate your own personal survival priorities. These decisions also result in real, lasting consequences for your community. Send your best scavenger across the map to gather medicine for a sick friend... but know that they might not make it home. Help your neighbors, and you might make new allies... or you could decide that you need their food supply more than they do.

State of Decay 2 also offers a co-op multiplayer option, allowing you to invite up to three players to visit your community and help you complete your goals. Or you can jump into a friend's game to see how their story has developed differently from yours.

Below you can also find the full PC system requirements. As a reminder, State of Decay 2 will be an Xbox Play Anywhere title with cross-buy and cross-play.