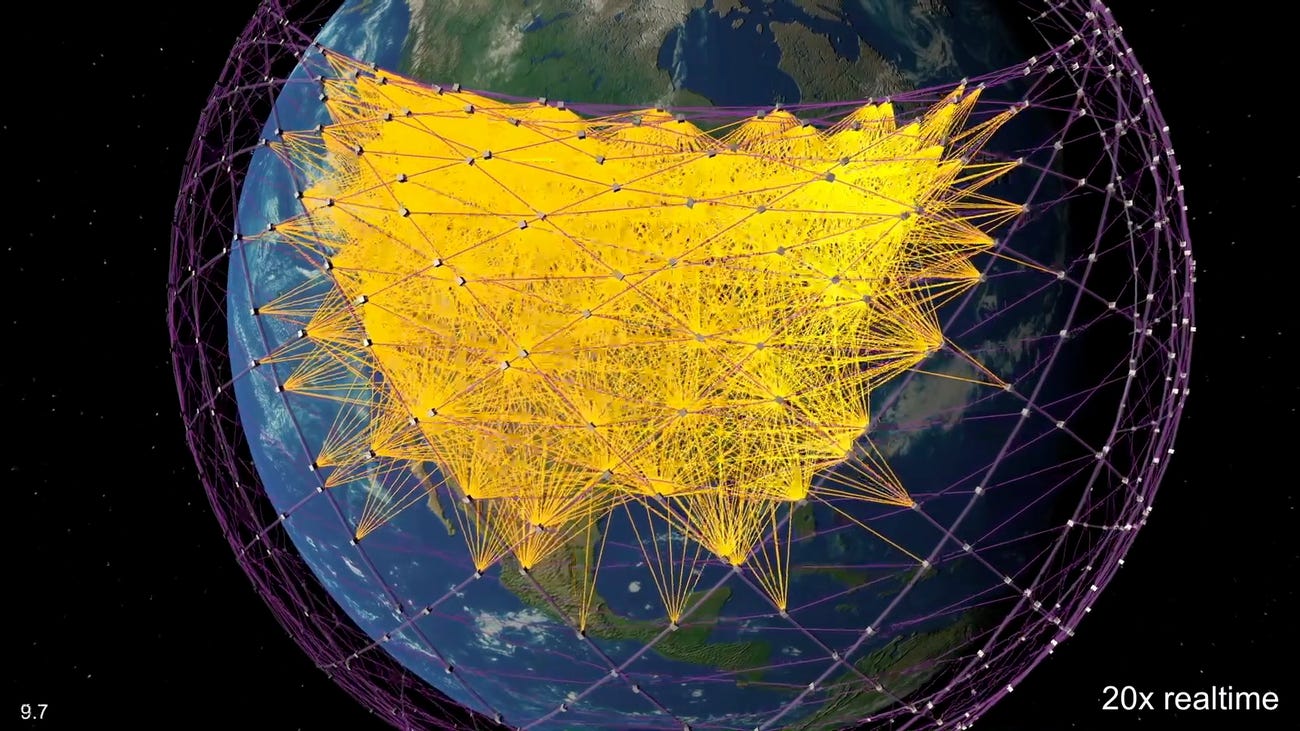 Space Exploration Technologies Corporation's (SpaceX) Starlink satellite service continues its fight to keep current rules for the 12Ghz spectrum band unchanged. These rules govern spectrum sharing between multiple companies, and Starlink uses satellites placed closed over Earth in the Low Earth Orbit (LEO) to provide its users with internet coverage through dishes. These dishes use the 12GHz band to communicate with the satellites, and Starlink is sparring with DISH Corporation and RS Access, LLC - with the latter aiming to open up the 12GHz band for 5G multi-channel video and data distribution.

In a filing that responds to comments made by SpaceX's David Goldman, RS Access highlights to the Federal Communication Commission (FCC) that the agency's decision not to indicate new 12GHz rules in a rulemaking proposal agrees with the precedent set by the United States Supreme Court.

Starlink, RS Access, DISH, and others are submitting their comments and opinions on whether the 12GHz band can be equitably shared between the satellite internet and the MVDDS firms. Both DISH and RS Access argue that the 12Gz spectrum can be shared between the two, with Starlink outlining that its future service plans do not fall in line with the assumptions of a pivotal study submitted by RS Access to the Commission earlier this year.

This study countered earlier assertions made by the MVDDS camp, claiming that terrestrial and satellite users could not use the 12GHz band and asking the FCC to remove the satellite companies completely from the band.

However, Starlink's rapid service rollout injected new life into the Commission's rulemaking procedures. As a result, the agency decided to open the debate and allow parties to submit their comments.

Starlink, it seems, is now arguing that the FCC should have highlighted which rules it might adopt when it provided a Notice of Proposed Rulemaking (NPRM) in January. This was revealed in an RS Access filing made earlier this week, with the filer arguing that the agency was not obligated to narrow down any rules when it issued the NPRM. 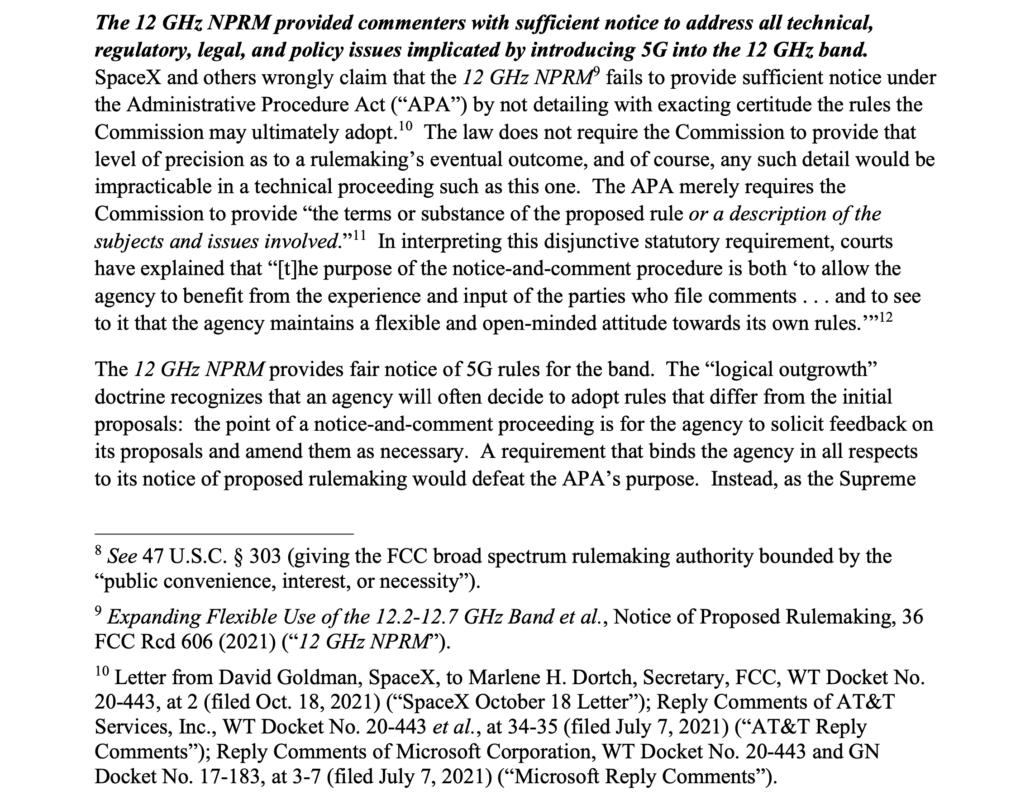 With Starlink asking for more certainty, RS Access believes that the FCC should make the rulemaking process as open as possible since any narrowing down will run contrary to the NPRM process, which requires new rules to stem from debate conducted by multiple parties.

It goes on to argue that any attempts by the agency to limit down the nature of debate in an NPRM will violate the "logical outgrowth" doctrine, with the intent of a proposed rulemaking only being to provide "fair" notice as ruled by the Supreme Court in 2007.

Since Starlink's comments, which caused RS Access to cite the court, were filed on October 13th, as highlighted by RS Access in an addendum filed later, when it admitted that it had incorrectly dated a citation.

Starlink, a SpaceX subsidiary, is engaged in multiple fronts with RS Access and DISH, as it seeks to launch thousands of new satellites for improved connectivity and a new user terminal aimed at streamlining mass production. 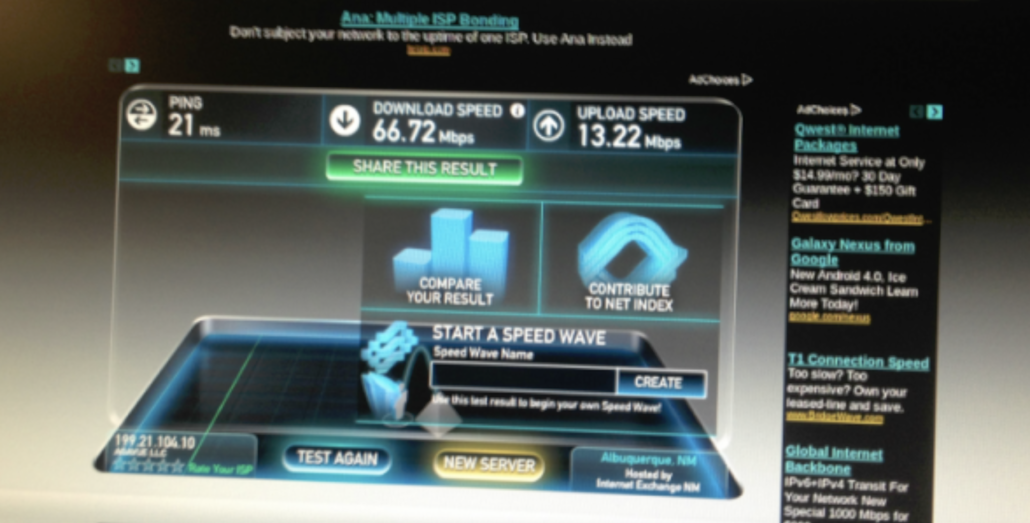 Since it opened up beta service for users, Starlink has gathered thousands of customers, with more waiting for their equipment to deliver. The service is one of the means through which SpaceX, primarily an aerospace transportation services provider, aims to fund the construction of one of the world's largest rockets, dubbed Starship.

The internet network seeks to target rural and underserved American populations and ship out millions of user dishes. Therefore, the 12GHz band used by the dishes to download data from its satellites is crucial for SpaceX's internet service, and it is also important for rivals such as DISH, who own the rights to the spectrum.

Therefore, in a letter posted earlier this month, SpaceX's satellite policy lead David Goldman reiterated his demand that the MVDDS providers be fully removed from the 12GHz band. This marked a rapid shift in policy for Starlink, who had argued in a predecessing FCC proceeding that the satellite companies are the ones who should not be removed from the spectrum by any new rules. 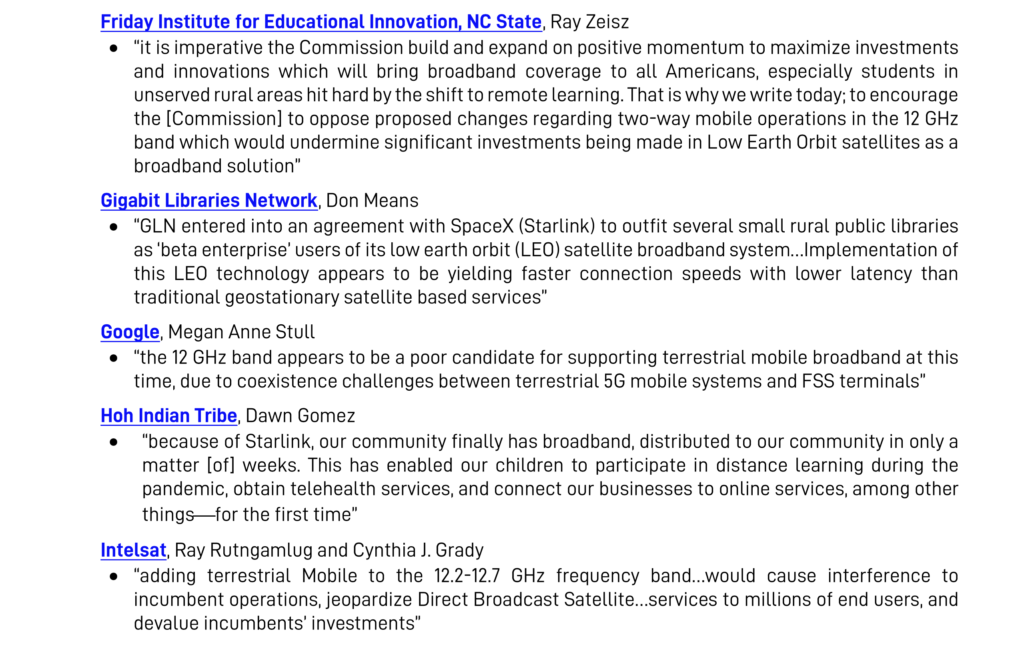 A SpaceX filing showing support from Google and others for using the 12GHz band for satellite-based internet. Image: SpaceX Response to Coalition re Infrastructure (10-13-2021).pdf filed in WT-20-443.

Using a hard-hitting tone, Mr. Goldman starts his letter by outlining that the MVDDS licensees have failed to rapidly deploy their services in the spectrum, which Starlink is already using to provide internet overage.

The SpaceX executive noted that:

Most recently, DISH and the coalition it funds made the bizarre claim that supporting its spectrum-grab at the expense of operators that are already deploying broadband infrastructure to otherwise unserved Americans is somehow consistent with Congressional efforts to extend more broadband to unserved areas. Yet the opposite is obviously true—giving more rights to those like DISH that have failed to deliver for over a decade on empty promises would run counter to every effort to actually connect Americans. Instead, the surest way to promote rapid deployment of high- speed broadband would be to reject DISH’s proposals, remove the MVDDS encumbrances that hamper next-generation satellite operators in the 12 GHz Band, and close the proceeding.

He also shared support from more than forty organizations for using the 12GHz band for satellite internet, with this list consisting of Native American tribes, Google, Microsoft and others. 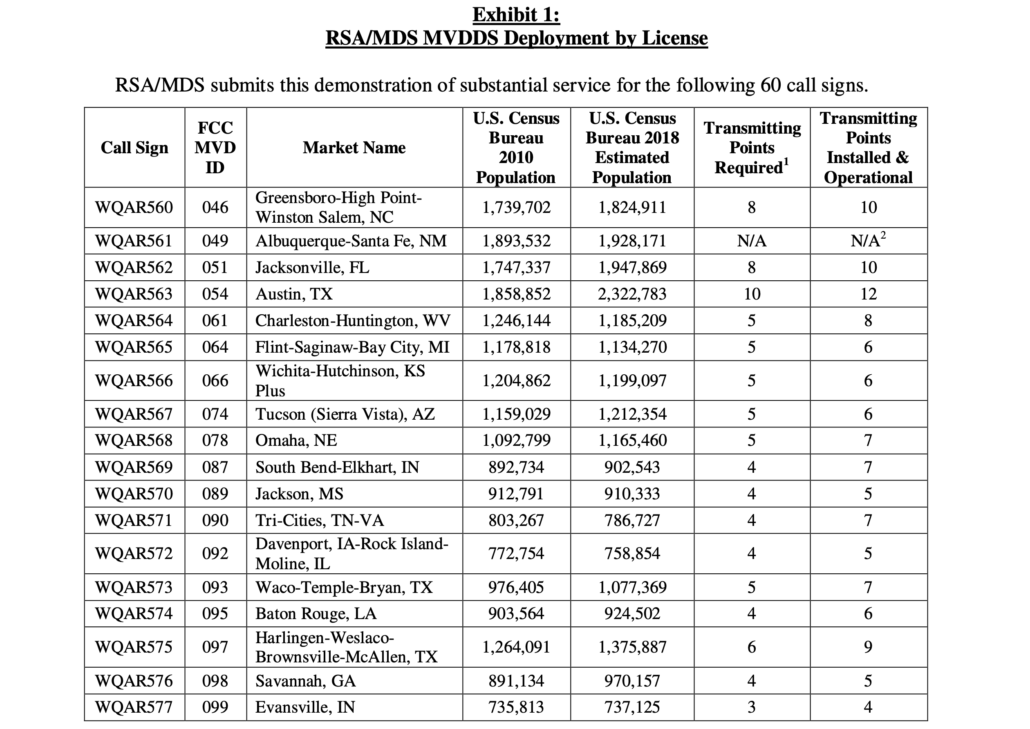 However, RS Access's chief Noah Campbell believes that the argument that a lack of service coverage by a service in the 12GHz band is unmerited since RS Access has already shared a list of locations where its products are active.

The company shared the list in 2019, which shares its goals and the regions currently using the 12GHz band for MVDDS use. This supplemental update noted that:

RSA/MDS has met and exceeded the Commission’s substantial service obligation, including by: (1) deploying and providing service to customers over at least four separate transmitting locations for every million people in each geographic license area; or (2) deploying a large-scale broadband Internet service offering that reaches more than 900,000 people (or approximately 50 percent of the population) in the Albuquerque geographic license area.

It also aims to provide Internet coverage to users, highlighted earlier in the update that:

RSA/MDS has developed a point-to-multipoint offering that not only can provide connectivity among the dispersed sites of customers in niche and underserved markets, but also can support two-way connectivity to the Internet using an unlicensed, return-link path.

Updated on November 3, 2021, with RS Access's Addendum in the ninth paragraph.