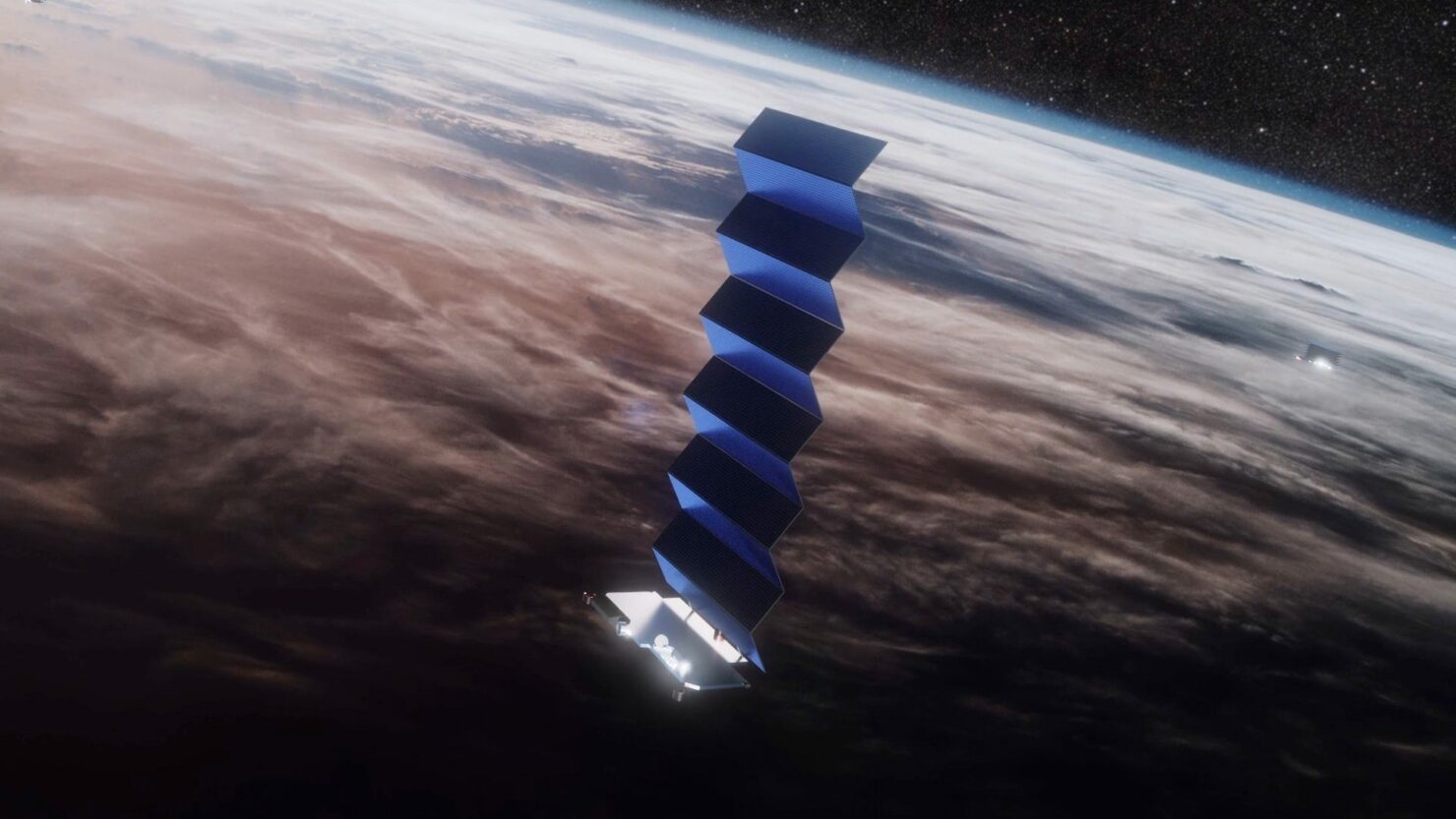 A render of a SpaceX Starlink satellite in orbit. The company has launched 420 of such satellites so far and it intends to launch thousands more in an attempt to provide low-cost internet all over the globe. The next Starlink launch is planned following the Crew Dragon Demo-2 mission currently slated for May 27, 2020.

The proposal follows a five-year-old petition by the MVDDS providers that asked the FCC to remove privileges offered to the satellite internet companies. This was based on the fact that no company had yet set up equipment to use this spectrum for satellite internet services. In comments made to the FCC prior to last week's NPRM, SpaceX had argued that the 1000MHz of spectrum preceding 12.7GHz was optimal for establishing a satellite downlink to Starlink user terminals, which are a $70 million investment for the company.

The Notice for Proposed Rulemaking (NPRM) which the Commission posted earlier today, acknowledges key concerns raised by satellite operators, particularly It also did not grant the MVDDS request for rendering secondary or eliminating NGSO use of the 12.2-12.7 GHz band and instead reallocate this use to the adjacent 11.7-12.2GHz band.

This request changed over the years particularly as SpaceX maintained an aggressive launch cadence in 2020 and launched more than 900 satellites into orbit. Shifting from their earlier proposals, some members of the MVDDS Coalition suggested that instead of removing FSS users from the spectrum, the pair could instead share it, since advances in satellite assembly enabled the NGSO users' spacecraft to resemble larger geostationary satellites.

The idea of sharing the spectrum raised further concerns, such as one shared by SpaceX that sharing between satellite and terrestrial (MVDDS) is incompatible due to the sheer number of user terminals that will be in play once Starlink is fully online. Protecting MVDDS and say SpaceX's Starlink terminals from interference would depend on the proximity of the two argued the company, and the only manner by which interference could be avoided is when the user terminals point at only one direction - an occurrence then determined by the number of satellites in orbit.

SpaceX highlighted to the FCC in October that changes to the current spectrum sharing rules will put its technical objectives for the service at risk. Using a SpeedTest, SpaceX demonstrated to the Commission that its service could achieve download speeds as high as 103 Mbps. Following a circular for the NPRM issued in December by FCC Chairman Ajit Pai, the company had responded earlier this month by raising an important consideration for bringing internet access to far-flung regions of the United States.

SpaceX stated that should the existing rules be changed unfavorably for satellite internet providers, its ability to 'backhaul' traffic from remote regions to internet servers using 5G might be affected were MVDDS providers granted the access to the 12GHz spectrum that they sought in their 2016 petition.

The Commission has sought further comments on this aspect as well, and the NPRM lays the groundwork for concretely resolving problems for sharing the spectrum as a whole. While SpaceX's demand that the FCC maintain the existing status quo and close the petition after all comments have been solicited has not been met by the FCC, the Commission does express its belief that maintaining the privileges that NGSO providers currently have for using the 12GHz band can end up in the public interest.

Therefore, it's possible that any proposed rules by the FCC meant to satisfy MVDDS providers, who as the Commission notes have so far failed to disprove their earlier assertion that their products and NGSO (Starlink) terminals are incompatible, take into account the interference issues raised by SpaceX and others. This would ensure that the user terminals which are one of the three key elements for the internet service to work are able to perform as intended.

Should SpaceX's access to these 500 MHz be changed, then Starlink will end up facing problems right at its time of launch - problems that might also affect the FCC's $900 million RDOF award to SpaceX which aims to bring internet access to rural areas. This access is also the source of friction between SpaceX and Amazon, due to the former's Starlink modification request which the latter believes will hamper its own services.