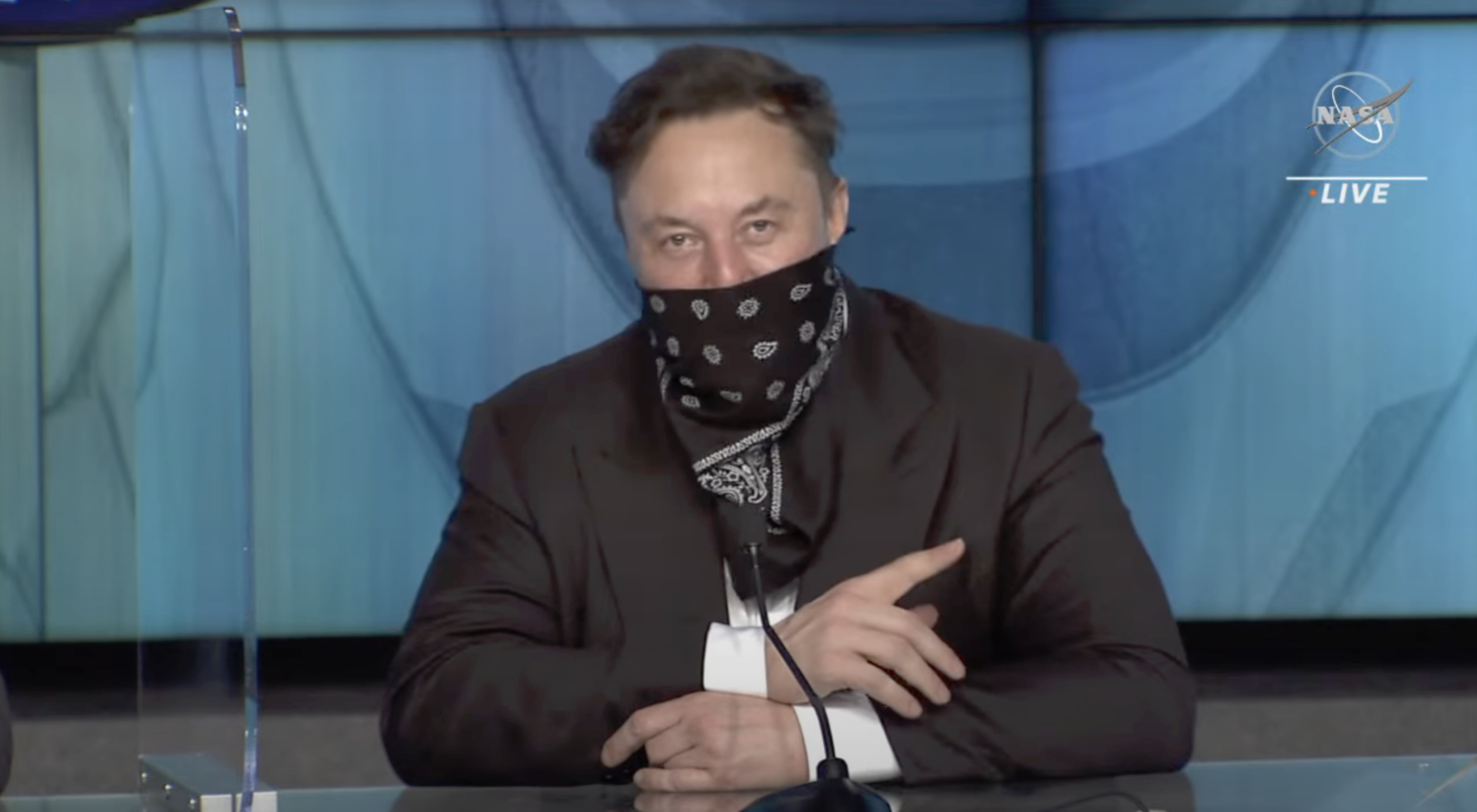 Space Exploration Technologies Corporation's (SpaceX) Starlink satellite internet constellation is busy fending off criticism from several competitors to its plans to launch second-generation satellites, potentially through the Starship next-generation launch vehicle platform. Starlink is currently in its beta testing phase and expects to exit testing this month, according to statements made by SpaceX chief Mr. Elon Musk.

At the same time, Starlink also plans to launch new spacecraft, and at this front, SpaceX submitted a revised application to the Federal Communications Commission (FCC) in August this year, adding plans for using Starship to deliver the small satellites to their desired orbit. The application was immediately followed by criticism from Amazon's Kuiper internet service, which argued that the amended application violated FCC rules. Since then, Amazon has been joined by Viasat and Hughes Network Systems, with the trio pressing the Commission to reject SpaceX's request.

Amazon kicked off the opposition to Starlink's second-generation satellites a handful of days after SpaceX submitted the modified application. In its initial arguments, Amazon, or Kuiper, argued to the FCC that the new plans violated two separate FCC rules. These rules, which are a part of Part 25 of the FCC's Satellite Communications guidelines, lay down the requirements for an application to be accepted for filing and lay down areas that must be addressed for this purpose.

One of the rules that Amazon claimed Starlink violated is Section 25.112a(1) which states that:

The application is defective with respect to completeness of answers to questions, informational showings, internal inconsistencies, execution, or other matters of a formal character;

The other was Section 25.114, which also outlines that an application filed must be a "comprehensive" proposal.

In response to Amazon's argument, SpaceX's director of satellite policy, Mr. David Goldman, stated to the Commission that while the company stated that the Starlink application was incomplete, it failed to outline any areas that lacked information. The executive went on to add that:

Indeed, SpaceX provided technical analyses to demonstrate that neither configuration would cause unacceptable interference to other NGSO and or terrestrial systems operating in the band—including Amazon—and also updated the orbital debris analysis for both configurations. In effect, Amazon makes the odd argument that the application is incomplete because it provides too much information. 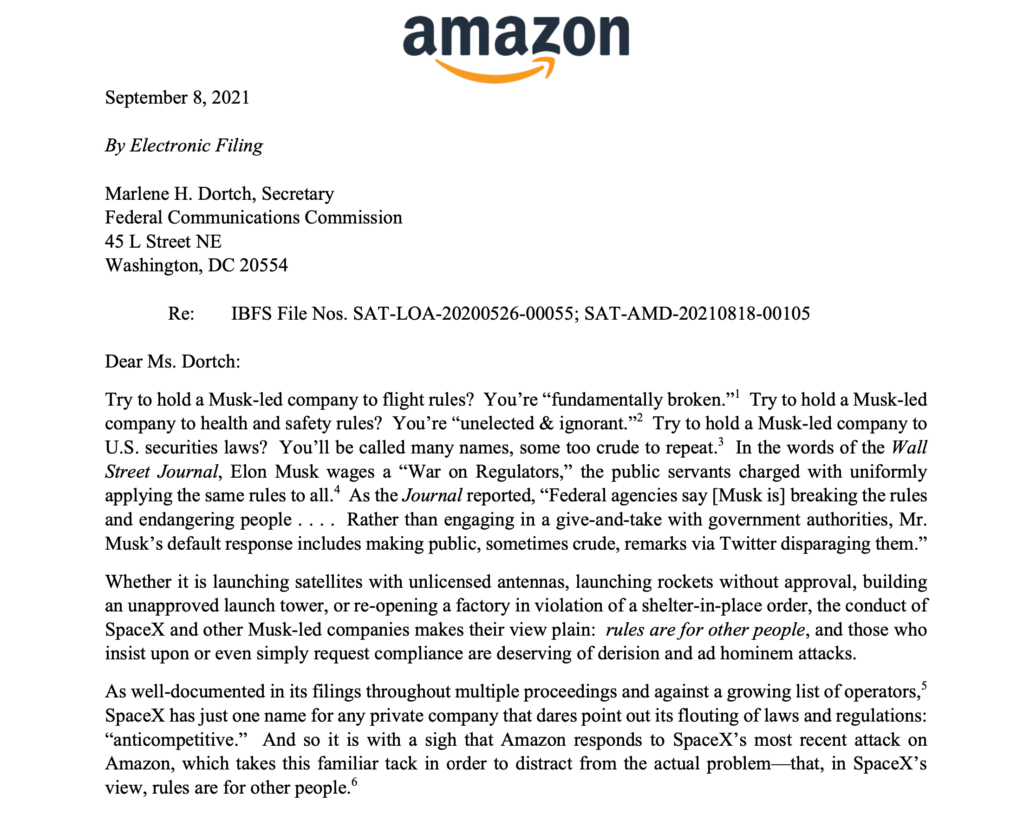 Soon afterward, Amazon was joined by Viasat, who outlined more rules that it believed the modified application violated. While agreeing with Amazon that Starlink was violating Sections 25.112 and 25.1144, Viasat went on to add that:

Viasat also claimed that Starlink's two mutually exclusive systems would deprive other companies of scarce resources. The Starlink second-generation satellite application submits two scenarios, differentiated by the launch vehicle. In it, SpaceX has outlined that it plans to use either the Falcon 9 or Starship to launch the satellites, and the choice will change satellites' orbital parameters.

In response, Starlink's Goldman countered by stating that since his company plans to operate only one of the two proposals submitted, the modified application does not waste spectrum resources by 'locking' them in.

Viasat responded by calling these arguments spinning the "rhetoric wheel and com[ing] up empty"  and stating that Starlink's response failed to demonstrate how it did not violate Section 25.159(b), which prohibits companies from filing applications for a new satellite system in the same frequency band cannot apply for another system in the same band.

It concluded by adding that "The Commission should not be distracted by the typical SpaceX diversionary tactics." 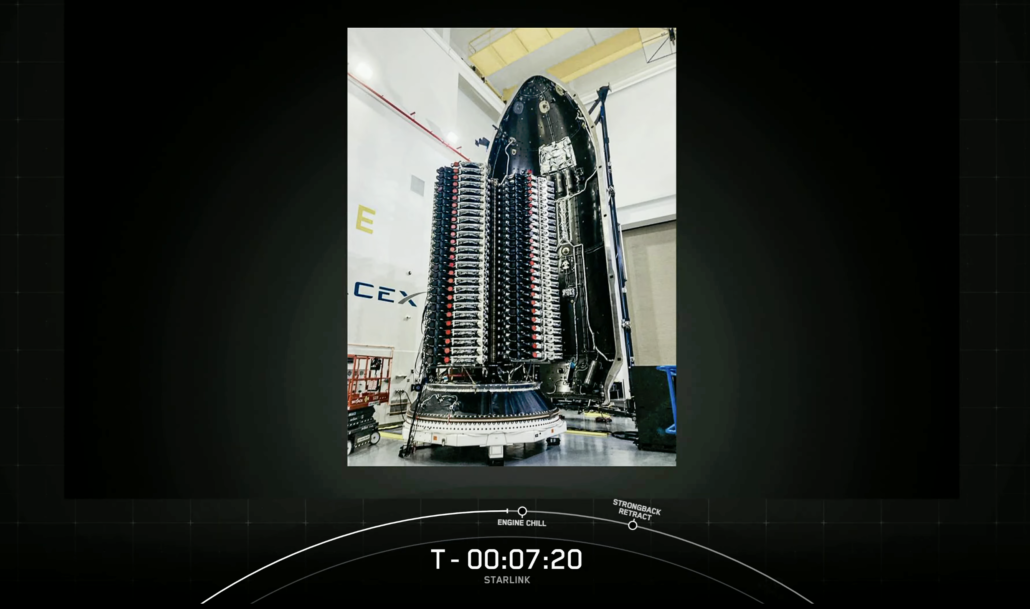 After this, Hughes Networks entered into the fray and expressed its approval of the arguments submitted by Amazon and Viasat. It then proposed a middle ground, suggesting that SpaceX should have requested a waiver of the FCC rules in question and that the Commission should either reject the filing or ask SpaceX to submit a waiver request if it is to be accepted.

In response, Starlink outlined two scenarios where the FCC approved proposals despite them going against Section 25.159(b). The first was The Boeing Company transferring satellites to OneWeb and the second was OneWeb adding satellites and spectrum to its existing constellation.

Hughes rejected these arguments in a filing made last Friday, arguing that the examples provided by SpaceX did not include "multiple" constellations in the same application and that both Boeing and OneWeb had submitted waivers for FCC rules before the Commission accepted their applications for filing.

The Starlink second-generation (Gen2) application is currently waiting for acceptance, enabling it to solicit comments from members of the public. SpaceX's previous request to modify its current constellation received support from remote areas, with teachers and a non-profit from Alaska voicing strong support for the internet service.