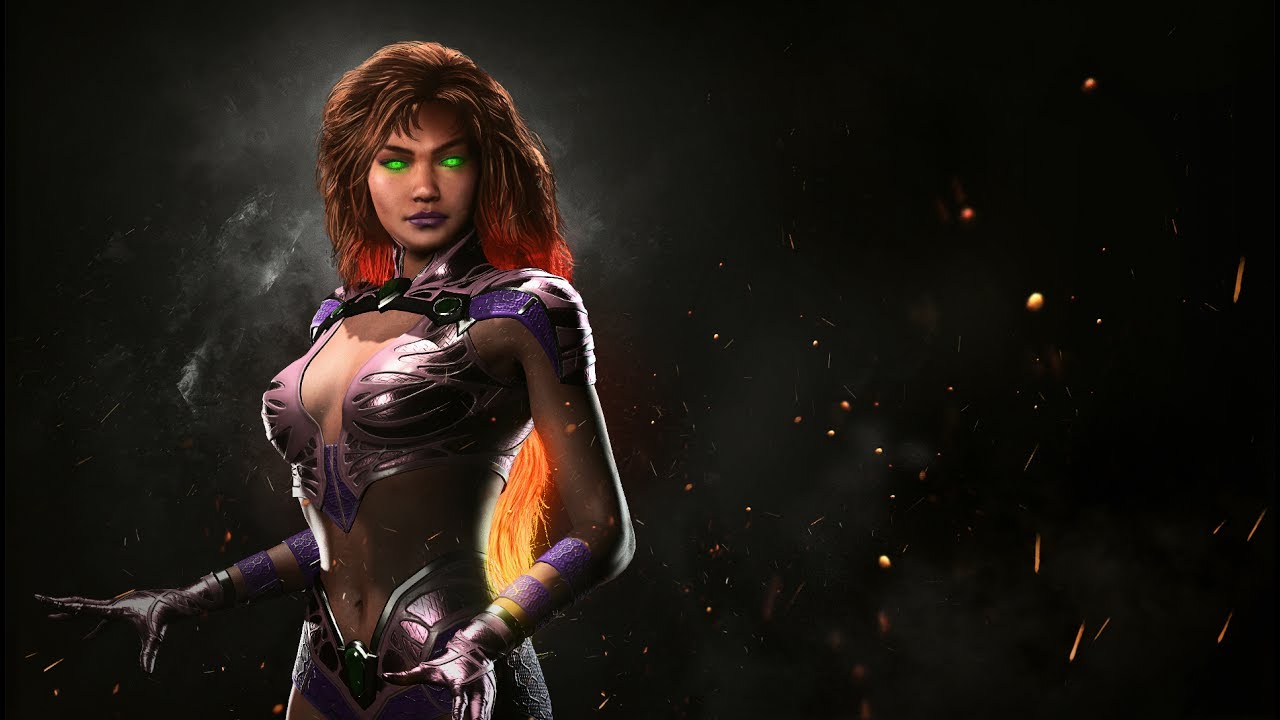 NetherRealm Studios showcased the first look at Starfire during San Diego Comic-Con 2017. Starfire will be the third character from Fighter Pack 1 to join the Injustice 2 roster in August, after Red Hood and Sub-Zero (from Mortal Kombat).

She will be voiced by actress Kari Wahlgren, who also voiced Starfire in the animated movies Justice League vs. Teen Titans and Teen Titans: The Judas Contract.

In case you're unfamiliar with the character, here's a brief overview.

As the next Queen of Tamaran, Princess Koriand’r found herself the victim of her fratricidal sister's vengeful plot that resulted in their planet being conquered. Now a royal exile on Earth, Koriand’r uses her ability to absorb and convert ultraviolet energy as Starfire.

Fighter Pack 1 was included with the Digital Deluxe Edition and the Ultimate Edition of Injustice 2. If you bought one of these two, you're already covered; otherwise, you'll need to purchase the pack separately (priced at $20) to access these characters. So far, NetherRealm announced plans to release a total of nine additional characters for Injustice 2, meaning that six are left.

One of these should be Black Manta, according to a leak we reported earlier this week. Injustice 2 is available now for PlayStation 4 and Xbox One, though a PC version is likely to happen sooner or later. There's also a mobile version of the game which integrates right into the console game.