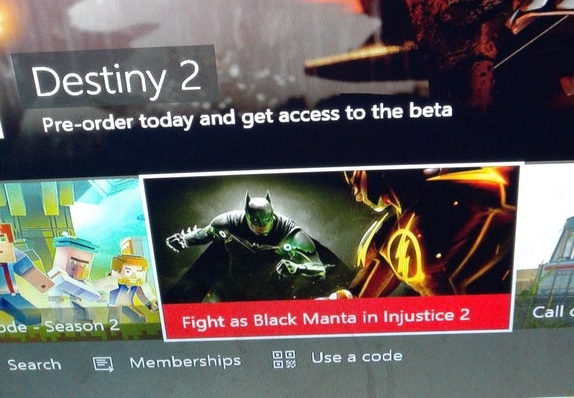 Already before the official release of Injustice 2, the developers at NetherRealm Studios have confirmed that the fighting title should receive at least six DLC characters. It seems that Black Manta is among them.

The hero has been rumored before, but now it seems to be a lock given his appearance by mistake on the Xbox Store.

The Xbox store has presented an Injustice 2 promotion where the character does not appear, but its name is directly mentioned in the image presented above in which the following is stated: "Fight as Black Manta in Injustice 2". It is practically obvious, then, that Black Manta will be the next DLC characters that will join the cast of fighters.

Injustice 2 went on sale this first half of the year on PlayStation 4 and Xbox One garnering favorable reviews and critics from the public and press alike. Our Dave rated the game 8.4/10 and wrote:

For now, the game is only available on PlayStation 4 and Xbox One. However, Injustice: Gods Among Us Ultimate Edition launched on PC about seven months after the console release.

Chances are PC gamers will be able to play the second installment later this year. If and when that becomes official, you'll know it here. Meanwhile, if you just cannot wait and want to go ahead with the console versions, check out Dave's tips for beginners.