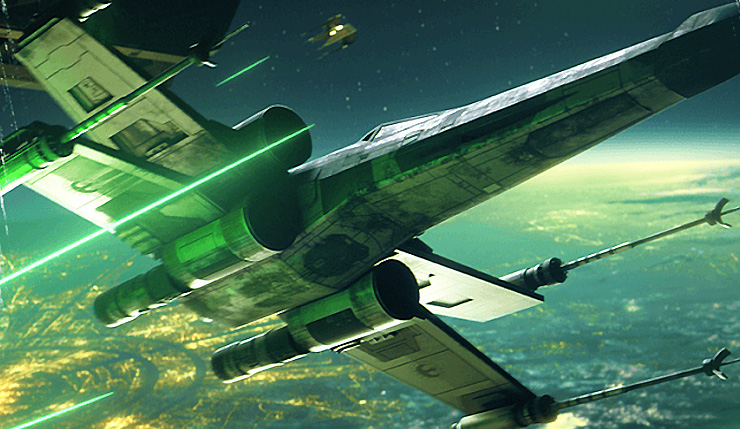 Last evening during the big EA Play Live 2020 show, we got a first look at Star Wars: Squadrons in action, and much to many fans' surprise, it turns out the game is actually a relatively complex flight sim. For instance, this is the control panel you’ll be looking at when flying a TIE fighter. 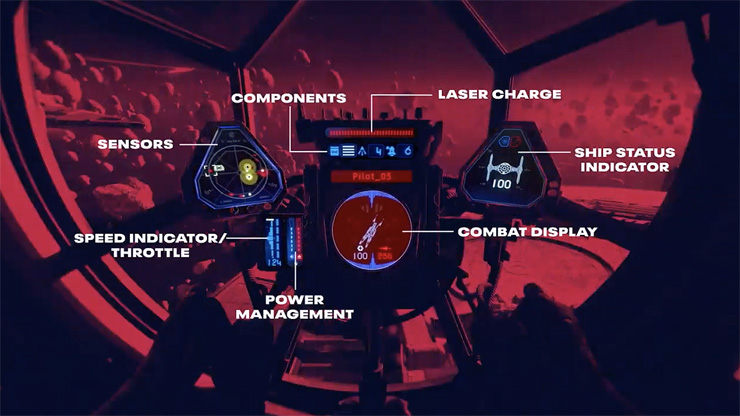 Success in Squadrons isn’t just a matter of doggedly chasing down enemies and mashing the fire button – you’ll have to carefully balance power between lasers, engines, and shields. According to Squadrons creative director Ian Frazier, the focus on the nitty-gritty of piloting your ship means Squadrons is only playable in first-person so you’ll always have a good sense of your controls.

The whole game is designed from the ground up to be first-person all the way through. Now if you're in spectator mode, you're observing, there's a third-person perspective there. You are the pilot. All the diegetic information is built into the HUD, so you could turn off all the game layer UI if you want and rely entirely on your instruments. We want that to be the core experience.

Motive is also going to some lengths to make sure all your favorite Star Wars ships are accurately represented, but could that result in balance issues? X-wings are generally more capable ships than TIE fighters, featuring handy things like shields. Ultimately, Frazier says that won’t be a big issue…

The answer [in the X-Wing vs. TIE Fighter games] was you have a lot less stuff to deal with in an Imperial ship. And that is, in a sense, an advantage. I've actually found that to be shockingly true in our game. The TIE Fighter doesn't have shields -- which, you don't have shields, which is a downside, right? But that also means you don't have to manage shields. It's one less thing to manage, so there's less head-space required for that. The counterbalance of what you're losing is what you're gaining in focus.