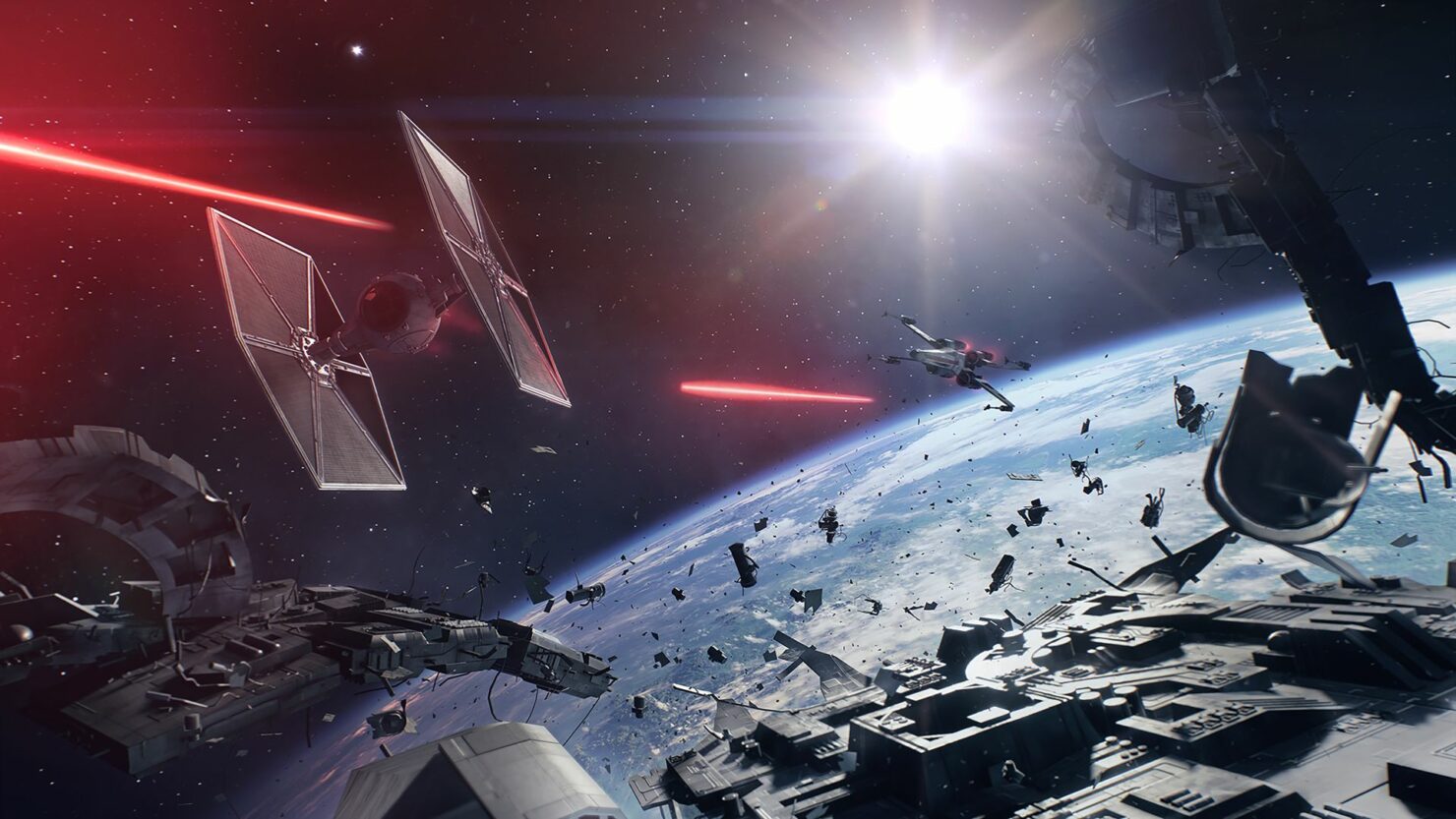 [Update] New footage showcasing the Star Wars Battlefront II Starfighter Assault mode has been released. You can find it below.

[Original Story] Earlier this month, EA and DICE confirmed that a new Star Wars Battlefront II trailer and gameplay footage would be coming during Gamescom 2017. The teams kept their promise and the new trailer showcasing the intense new Starfighter Assault mode is now out.

The new trailer, which can be watched below, focuses on the new mode, showcasing some of the available ships and plenty of space battling.

Later today, EA and DICE will be showing more of the Starfighter Assault mode in a livestream.

Tune in on August 21 at 9:30 AM PT at EA.com to see it in action, and then get ready to try it yourself. Fondor: Imperial Shipyard will join the Theed Galactic Assault map in the beta starting October 6

EA also revealed some additional details on the new play mode, such as one of the maps and more.

Teams will face off in a swirling dogfight in the Fondor: Imperial Shipyard map, weaving around an Imperial Star Destroyer complete with speedy fighters, thundering bombers, distinct hero ships, and more. Will the brave pilots of the Rebel Alliance triumph against the Imperial Navy, or will the intrepid aces of the Galactic Empire foil the insurgents’ plans?

Star Wars Battlefront II launches on PC, PlayStation 4 and Xbox One on November 17th. We will keep you updated on DICE's upcoming game as soon as possible, so stay tuned to Wccftech for all the latest news.