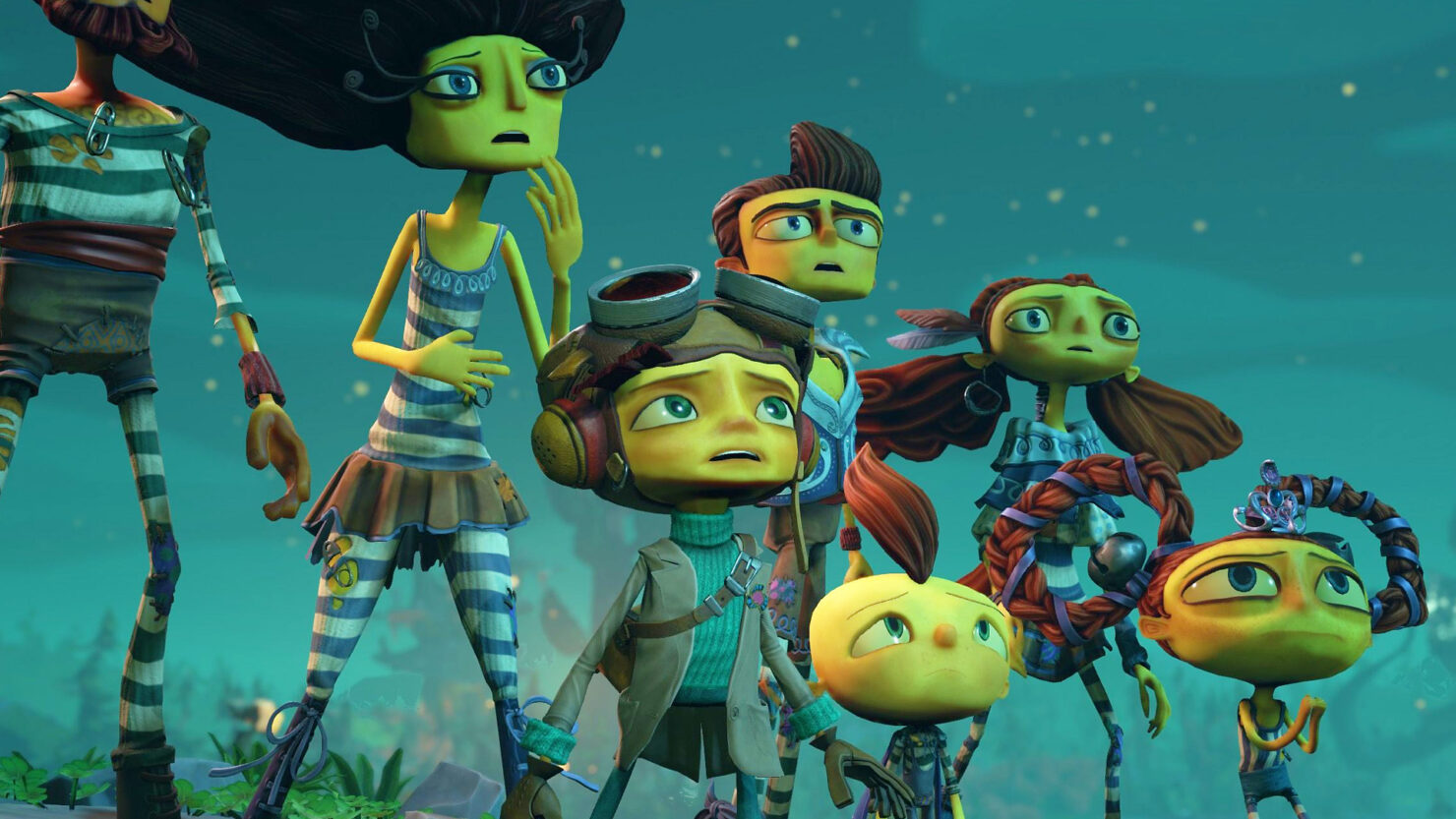 Microsoft has revealed the titles they’ll be adding to Xbox Game Pass on PC and consoles in late August, and the lineup is heavy with new-release games. Subscribers can look forward to Psychonauts 2, Humankind, a remake of the classic Myst, and a couple more new indies in 12 Minutes and Recompile. On top of that, a number of EA titles, including Star Wars Jedi: Fallen Order and Star Wars Battlefront II, are now playable via the cloud. 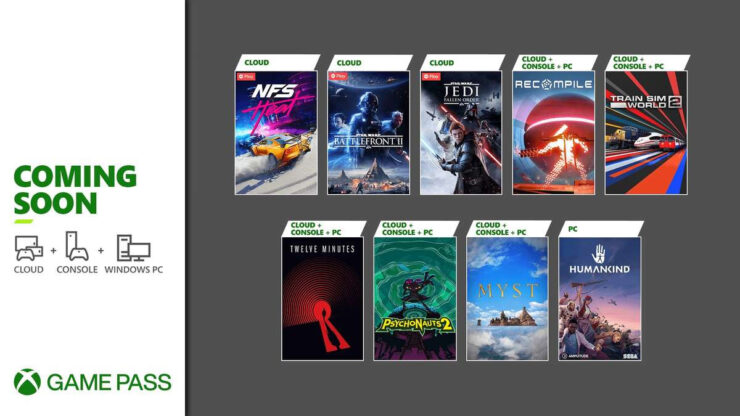 Here are your late-August PC and console Game Pass titles:

Available on day one with Xbox Game Pass for PC, Humankind is a historical strategy game where you’ll be re-writing the entire narrative of human history. Combine up to 60 different cultures to create your own civilization and lead your people from the Ancient to the Modern Age.

Hustle by day and risk it all at night in Need for Speed Heat, a thrilling race experience that pits you against a city’s rogue police force as you battle your way into street racing’s elite.

Be the hero in the ultimate Star Wars battle fantasy with Star Wars Battlefront II. Experience rich and living Star Wars multiplayer battlegrounds across all three eras: prequel, classic, and new trilogy. Put your mastery of the blaster, lightsaber, and the Force to the test in massive online battles, offline scuffles against AI bots, or together in co-op.

A galaxy-spanning adventure awaits in Star Wars Jedi: Fallen Order, a 3rd person action-adventure title from Respawn Entertainment (Titanfall 2, Apex Legends). An abandoned Padawan must complete his training, develop new powerful Force abilities, and master the art of the lightsaber – all while staying one step ahead of the Empire.

Drive high-speed German rail as you push the throttle in the famous DB ICE 3M out of Köln. Take on the challenge of long freight across Sand Patch Grade using the raw power of the CSX AC4400CW. Master the world-famous London Underground on the Bakerloo Line. All official licenses, all authentically recreated. You’re in the cab and in control.

Available with Xbox Game Pass on day one, Twelve Minutes is an interactive thriller about a man trapped in a time loop. Find a way to use the knowledge of what’s coming to change the outcome and break the loop. Featuring the voice acting talents of James McAvoy, Daisy Ridley, and Willem Dafoe.

Combining quirky missions and mysterious conspiracies, Psychonauts 2 is a platform-adventure game with cinematic style and tons of customizable psychic powers, serving up danger, excitement, and laughs in equal measure as players guide Raz on a journey through the minds of friends and foes on a quest to defeat a murderous psychic villain.

Available with Xbox Game Pass on day one! Welcome to Myst: the starkly beautiful island, eerily tinged with mystery and shrouded in intrigue. Explore the deeper connections and uncover a story of ruthless family betrayal.

What Game Pass titles do you plan on tackling over the next few weeks? I’m intrigued by 12 Minutes and Recompile, and you can’t go wrong with good ol’ Myst.