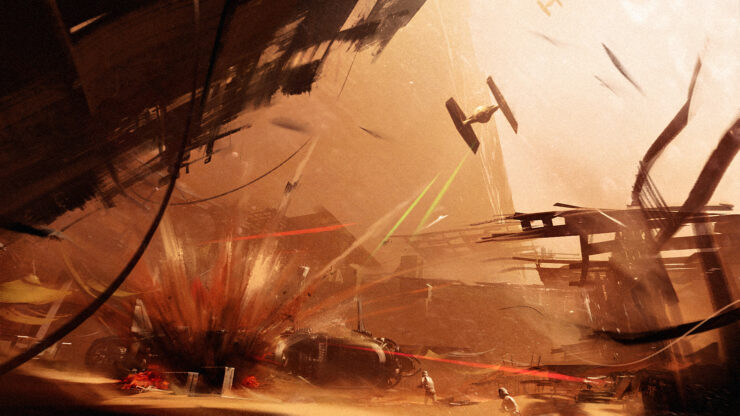 Later this week, Electronic Arts and DICE will finally show gameplay from Star Wars Battlefront II during the E3 EA Play livestream, and today the game's official website has been updated with additional details on what will be showcased.

During the E3 EA Play livestream, not only all four of Star Wars Battlefront II's new classes will be shown, but also four legendary heroes, and new Special characters.

Sleek N-1 Starfighters and Vulture Droids scream overhead spewing light and fire. Nimble AT-RT Walkers race around corners, pursued by roaring AATs. Agile Clone Jet Troopers hop from rooftop to rooftop, while rampaging B2 Super Battle Droids level everything in their path. Armies of Clones and Droids sprint across cover, their blazing weapons shattering the tranquility of the once-peaceful capital of Naboo. And at the center of the swirling melee the lightsabers and Darth Maul and Rey cut swaths through the ranks of the battling troopers.

Star Wars Battlefront will launch on November 17th in all regions on PC, PlayStation 4 and Xbox One. We will keep you updated on the game as soon as more comes in on it, so stay tuned for all the latest news.