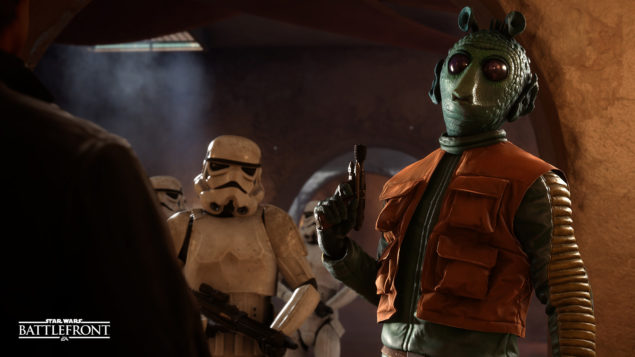 The new Star Wars Battlefront gameplay video showcases the Berserker trait, activated by the Berserker Star Card, which allows players to do more damage with their primary blasters while hurt. Activating the Berseker trait also slows down time to start healing, creating a unique tradeoff. You can check out the new gameplay video right below.

Specifically, some have had to deal with confusing UI feedback like Credits not showing up at the end of a match, Hutt Contract progression freezing or resetting, or – my award for most frustrating – having your Rank seemingly roll back. The good news: the team here has jumped on and fixed all of these issues! Our systems for tracking all of the stats are working properly so what players saw was not stats being lost, mixed up, etc.; but instead the UI was not reading the data correctly at times, which resulted in showing you faulty information. Not to worry, however, as all of your progress and stats are being tracked appropriately on the backend and will update correctly with the fixes.

Last week, it's also been confirmed that the additional Star Wars Battlefront content coming in the future will be rolling out over the next 3 months.

Star Wars Battlefront is now available in all regions on PC, PlayStation 4 and Xbox One in all regions. We will keep you updated on the game's future content as soon as possible, so stay tuned for all the latest news.