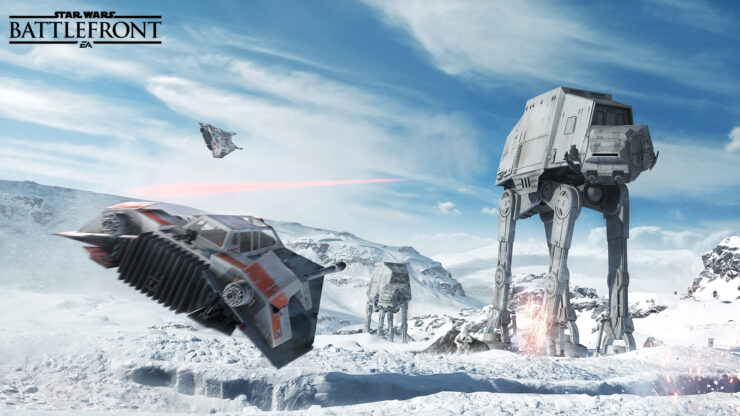 Yesterday it's been a good day for video games fans who also happen to love the Star Wars franchise, as EA outlined their plans for future video games based on the franchise. With all the excitement surrounding the new titles, many have missed an important piece of information that will make those playing Star Wars Battlefront quite happy.

According to a press release made available shortly after the end of the EA Play conference, the fourth and final Star Wars Battlefront DLC pack will be released this December, and not in early 2017 as originally confirmed. The actual content of the pack have yet to be confirmed, and we probably won't hear more about it for a few months.

As already mentioned, yesterday's EA Play conference touched upon upcoming Star Wars games, which will be released in 2017 and 2018. Surprisingly, EA confirmed that Star Wars Battlefront is currently in development by DICE and Motive, the team lead by Assassin's Creed producer Jade Raymond. Motive was supposed to be working with Visceral on their own Star Wars game, but it seems like things have changed recently. Something new has also emerged on Respawn's Star Wars title, which will be set in a new era.