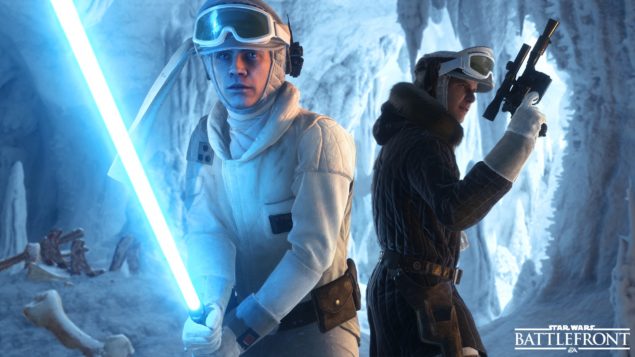 EA will be releasing a fresh batch of content for Star Wars Battlefront and - hold onto your genuine Han Solo chest hair - some of it will be absolutely free.

In a statement on their website, the developers said:

As we said back in November, the release of Star Wars Battlefront was just the beginning. Our team has been listening to your feedback and building a calendar of new content and tuning changes we will be making to the game throughout 2016.

Fans looking to get even more out of their Star Wars Battlefront experience can look forward to the Star Wars Battlefront Season Pass, which will introduce a wealth of fresh content set across exciting new locations including Bespin, the Death Star, and more.From tomorrow, players will get the following absolutely free:

From tomorrow, players will get the following absolutely free:

The free content will continue over the coming months. In February there'll be a new Hoth map added, which will be compatible with larger game modes, and in March wannabe Jedis will return to Endor. Here's hoping there's a Ewok killing minigame right at the centre.

Of course, not everything is going to be free. People who buy the season pass will get four new DLC packs bringing to life some of the most popular areas from the Star Wars franchise.