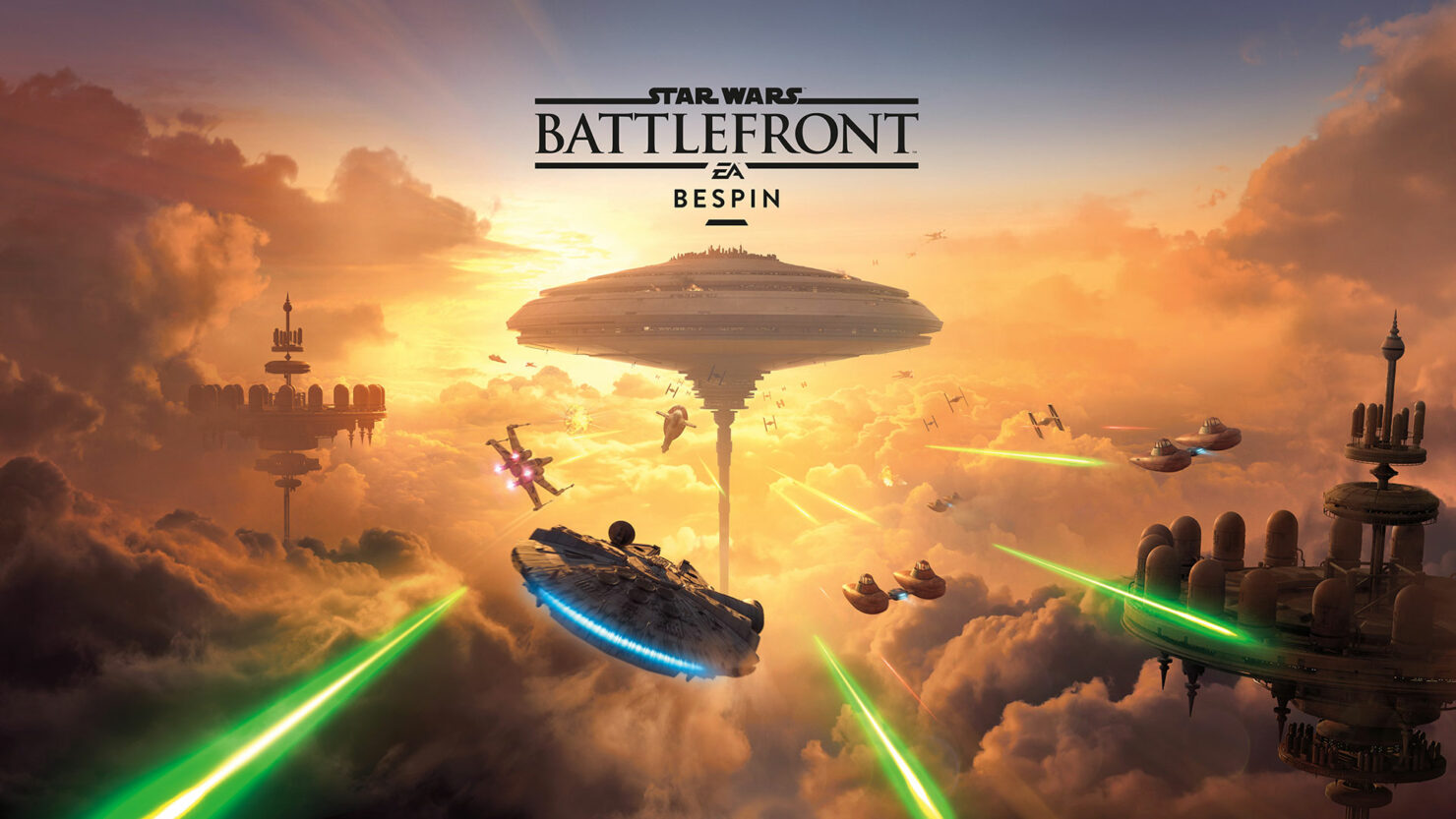 Two weeks ago, Star Wars Battlefront received its second DLC pack called Bespin, but only Season Pass holders could download and enjoy the new content. Not much has been said on when the DLC pack would become available for purchase for everyone, but now we can confirm that some can purchase the pack right now.

New Star Cards
Shock Grenade: A non-lethal grenade with a small radius that will stun opponents caught in the blast.
Scout Binoculars: Outlines enemy soldiers when zooming through the goggles. After pressing fire, any soldiers in line of sight get tagged for your entire team for 4-5 seconds.
Disruption: Instantly overheats the weapons of any soldiers in close proximity to the player.

Lando Calrissian
– Power Blast – Once activated it will give a critical modifier on Lando’s blaster fire for a limited time
– Shocking Trap – Throws a decoy on the ground to confuse the enemy and shock anyone that gets close.
– System Disruption – Disrupt all nearby enemies weapons & star cards, setting them to overheat / cooldown. Also affects Hero abilities.

The Empire are using Tibanna Gas Generators to power their tractor beams, preventing Rebel transports from escaping Cloud City. The Rebels must blow up the generators and defend their extraction point. The Empire must stop the Rebels and hunt them down.
New Hutt Contract:

A new batch of 8 Hutt Contracts.

Star Wars Battlefront is now available in all regions on PC, PlayStation 4 and Xbox One. More news on the next DLC, Death Star, will apparently be coming sometime this month.