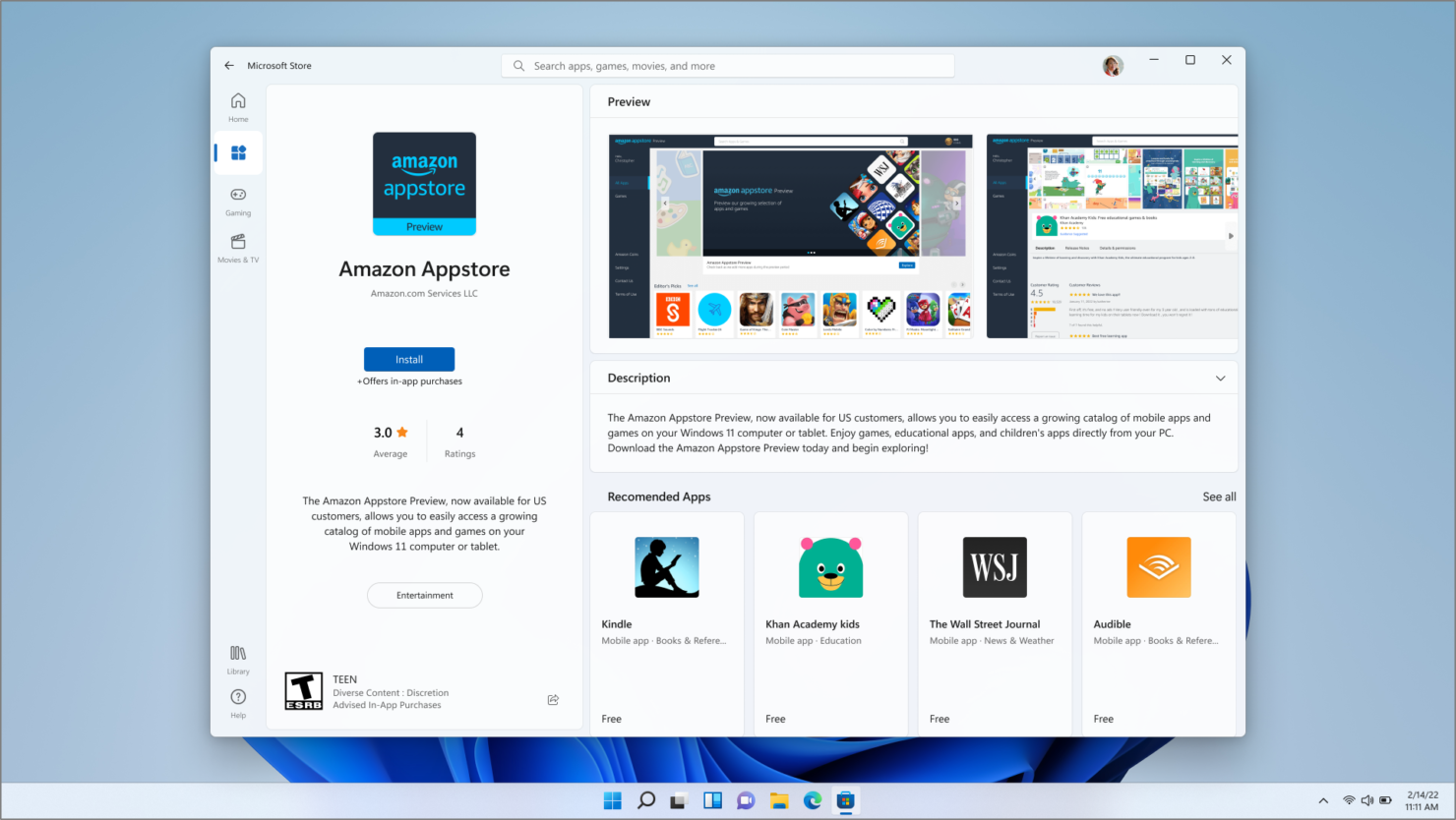 Microsoft has finally made it possible to run the Android app on Windows 11, something that was long promised. If you are running Windows 11 on your PC, you can now install the Amazon Appstore to browse and install over 1000 Android apps.

While Windows 11 has its own set of minimum system requirements - something that got more attention than the new OS itself when it was originally released last year - it appears to run Android apps on Windows 11, you will need to meet some more requirements mainly around storage.

The company has shared the following  minimum requirements needed for your PC to run Android apps on Windows 11:

Most of these specs are pretty standard for any modern system, but meeting the recommended 16GB of RAM might be a problem for most users. Microsoft has shared all the details you need to know to run Android apps on Windows 11 in this support document.

Along with Android apps on Windows 11, Microsoft also released several other features and improvements for its latest operating system, including:

These new features and improvements are available via KB5010414 (Build 22000.527), which is in Preview at the moment. You can choose to get this optional update via Settings > Update & Security > Windows Update; in the Optional updates available area, click on the download and install the update link.