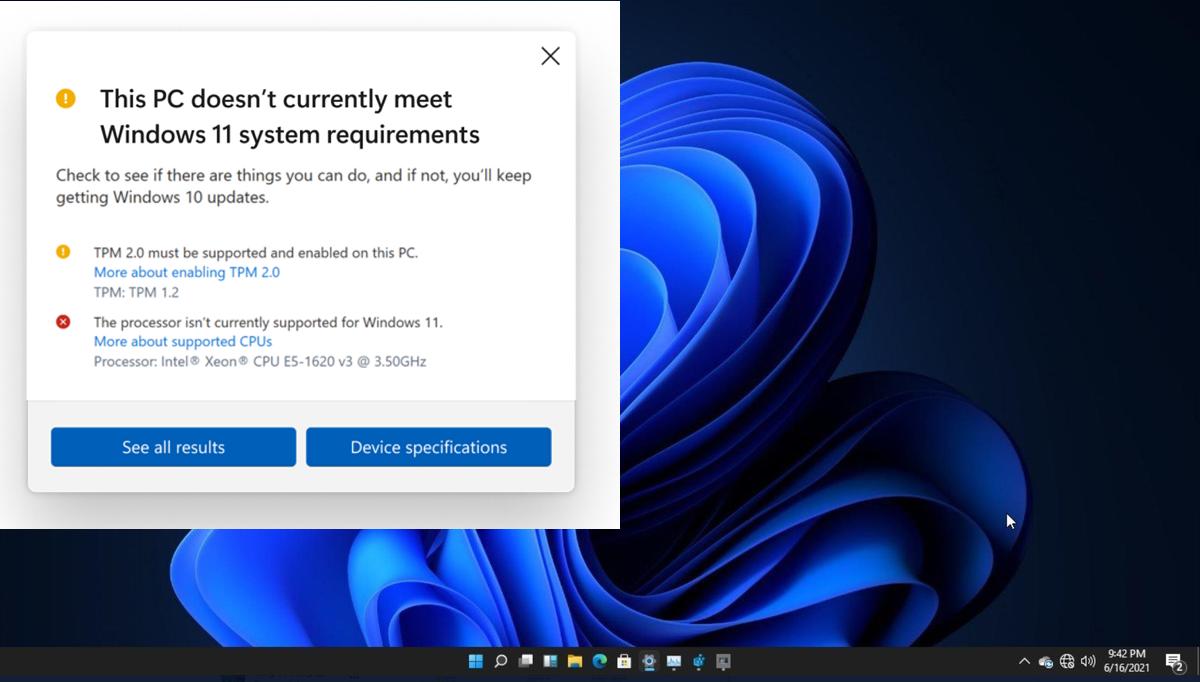 No addition of AMD Zen 1 processors

Microsoft introduced its next generation of Windows earlier in the summer, but since then has been responding to concerns around the drastically increased Windows 11 minimum system requirements. The company started exploring whether there were devices on Intel 7th Generation and AMD Zen 1 processors that could run Windows 11.

The Windows development team has today confirmed that following user and OEM feedback, it is now expanding the list of compatible 64-bit processors to include the following Intel 7th Gen processors:

The Windows maker said it has been "carefully analyzing the first generation of AMD Zen processors in partnership with AMD," and both the companies have concluded that there are "no additions to the supported CPU list."

Other than the above-listed chips, Microsoft confirmed that it will continue to maintain the minimum system requirements that were originally set.

We have concluded that the compatible 64-bit processors selected, 4GB of memory, 64GB of storage, UEFI secure boot, graphics requirements and TPM 2.0 are the right minimum system requirements to deliver on the principles we established to best support you.

The company is re-releasing the PC Health Check app that was initially released to help Windows 10 users see if their devices can run Windows 11. The app was pulled back because it created more confusion than clarity.