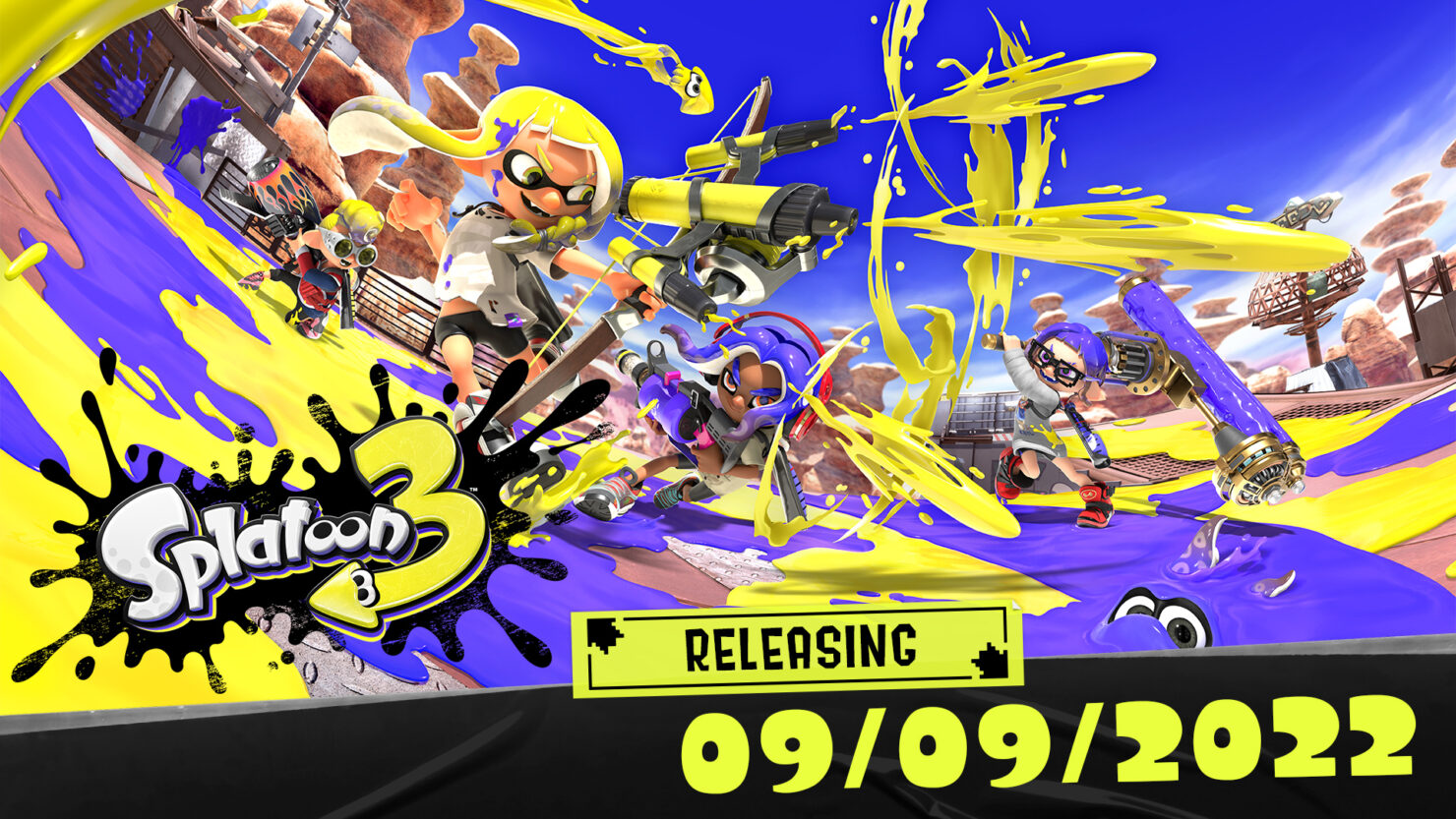 The release date of Splatoon 3 has been confirmed during the latest trailer showcasing the new gameplay of the game's Turf War mode. Additionally, it's been announced that Splatoon 2's Octo Expansion is going to be free to paying subscribers of the Nintendo Switch Online + Expansion Pack. As such, there's an additional benefit for the service subscribers.

You can watch the latest trailer below:

As seen above Splatoon 3 will be released on September 9, 2022. Splatoon 3 will take place in what's known as the Splatlands, a sun-scorched desert inhabited by battle-hardened Inklings and Octolings. Splatsville, the city of chaos, is the adrenaline-fueled heart of this dusty wasteland. Even then, the game will still have some chaotic PvP, PvE, and single-player content.

Splatoon 3's Turf War is going to be 4v4 and the goal continues to be to paint as much of the area in your team’s ink as possible. The trailer shows off some of the new areas alongside some of the game's new weapons like the Slinger which can shoot ink sideways and vertically. As you can see, even in this desolate environment, Turf War remains as prevalent as ever.

Splatoon 3 is going to also bring a new story mode where Agent 3 faces off against the Octarian Army. Players will discover the secrets of Alterna, the Fuzzy Ooze, and how they connect to the mode's theme, "Return of the Mammalians.” Players will also have access to the next iteration of Salmon Run as they fend off waves of dangerous Salmonid bosses.